“YOU HAVE SEVERED YOUR CONNECTION TO SPIRIT

UNLESS YOU RECONNECT YOU WILL BRING THE WORLD DOWN IN FLAMES”

Humanity is suffering the effects of global amnesia, a forgetfulness, for we have forgotten to remember who we are. We are a speck in the Cosmos with the ultimate  potential of achieving the highest reality, the elevation of consciousness, yet we appear to be unable or unwilling to accept the responsibility to choose.  Instead, we hand over control to corporate entities, the military industrial complex, or the ‘nanny state’.  The scientific era dismissed spiritual beliefs and religous practices as outmoded superstition, elevating intellect above spiritual connection, measured by the achievements of science and technology. As a result we have increasingly become fragmented and disconnected from our true identity and from each other.

Western medical schools continue to teach their students that the brain is the seat of consciousness with function governed by chemical interaction. This dismisses thousands of years of accumulated wisdom regarding the true nature of consciousness which is known to be present within every cell of the body. 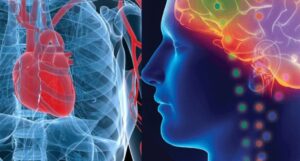 aura’. The brain and the heart communicate energetically, the heart being the primary source of electromagnetic energy in the body:  “the electrical field of the heart is about 60 times greater in amplitude than the electrical activity generated by the brain, the magnetic field is more than 100 times greater in strength than the field generated by the brain and can be detected up to 3 feet away from the body in all directions using SQUID based magnetometers.” HeartMath Institute.

AS WE ENGAGE IN SUSTAINED MINDFULNESS OR MEDITATION, BODY CONSCIOUSNESS ALIGNS WITH THE HIGHER SPIRITUAL AWARENESS BEYOND THE BODY, RESTORING US TO OUR ORIGIN AND TRUE IDENTITY.

Dynamic communication between mind, body and higher consciousness occurs at a bio molecular level understood from ancient times. The extracellular matrix (ECM)  at the surface of the skin provides an energetic interface between the physical body and the electromagnetic field which surrounds the body. This is the reason the hairs on the arm or the back of the neck, stand on end when we encounter paranormal or intuitive experiences.

anxiety, inducing a kind of compliant hypnosis brought about through endless repetition of conflicting messages which sow division, undermining mental health and resilience.  We seek other like minded individuals and groups through the internet for reassurance and to bolster our beliefs, too often finding an ethernet which reflects back to us a collective consciousness of division and discord, a true mirror of global consciousness.

In a rapidly changing world where restraint is no longer considered a virtue and the new morality elevates rights over responsibilities, we should not be surprised when unfiltered views are expressed through the lens of confusion, anger and fear. In this pseudo world, the shield of anonymity allowed by social media encourages gossip, bullying and hostility. We use the term ‘Friends’ to describe people we have never met and ‘Followers’ to create the illusion of popularity. 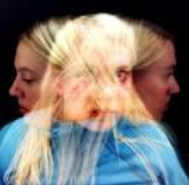 repeatedly presented to us, we become overwhelmed by contradiction. The result is cognitive dissonance, the discomfort which arises from attempting to choose between conflicting information, attitudes and values.  In the 21st century, life has become untenable for many. Confusion leads to loss of personal identity, we feel helpless and powerless, resilience collapses, manifesting in the increased mental illness seen today.

WHO IN  RESEARCH  IN 2016 INDICATED THAT SOME 800,000 LIVES WERE LOST GLOBALLY THROUGH SUICIDE EVERY 40 SECONDS.

Social media has become the platform providing a voice to the masses but also to power elites, it was therefore inevitable that censorship would become the tool to maintain authoritarian control for power is never surrendered voluntarily.

feelings of unease, creates mental tension. We attempt to dismiss relevant information if acceptance requires us to change our opinions and behaviour. Unable to see the irony, we  protest against poverty and climate change even as we enjoy the fruits of slavery… cell phones, tablets and cheap clothing as the hypocrisy is mirrored back to us unrecognised.

Nowhere is this seen more clearly than in the current Covid-19 pandemic with 24 hour media reports delivering conflicting medical advice while  government directives instil fear of an existential threat. Unable to make sense of accelerating 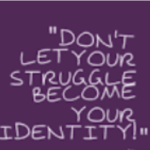 events we reluctantly accept impositions until public fatigue sets in and we rebel or withdraw our cooperation; at which point new directives are issued. The increasing global unrest is met by mandates and threats of lockdown, further feeding anger and confusion. We feel helpless and powerless and the victim cycle begins again until we acknowledge our true origin and accept personal responsibility.

Two thousand five hundred years ago Gautama Buddha taught: “With your thoughts you create the world”  Five hundred years later Jesus Christ warned “A house divided against itself can not stand” ….exactly what is occurring today.

WE HAVE ALL WE NEED –  IT IS TIME TO WAKE UP