Dr David Martin is Chairman of EMCAM Risk management, Underwriters of the world’s intangible assets in 168 countries, track and  trace Patent applications, Federal grants and government e records around the world, to monitor financial and corporate responsibility. Dr Martin has shared US  Patent records with the scientific community, recording the twenty year history leading up to Covid-19. This is a long video, if even part of it is true there are profound implications. Key points are below.  See video

September 2000 – EMCAM was part of the investigation into the origins of the anthrax outbreak in the US and the unusual behaviour around ciprofloxacin, the drug manufactured by Bayers one of the largest pharmaceutical companies in the world, used as a potential treatment for anthrax. In the Fall 0f 2001 EMCAM began monitoring an enormous number of bacterial pathogens being patented through government agencies NIH, NIAID, AMRAD (US Armed Services Infectious Disease Programme) and other international agencies who collaborated with them. There were concerns that corona virus was being seen not only as a potential manipulable agent for use as a vaccine vector but was also clearly being considered as a biological weapon candidate.

The US Patent Office is responsible for safe-guarding intellectual property to inventors and businesses, providing a verifiable public record. Documentation in the records of Spring 2020, show 120 pieces of evidence proving a programme of

research and development into Corona Virus existing over more than 20 years. Records show that the reported gene sequence stated as ‘novel’ is not in fact new at all, for the Corona virus is not new to the human condition and has for a long time been part of the sequence of proteins that circulate, associated with the common cold. Records also show that SARS, the viral respiratory disease caused by the corona virus is not a natural progression of a zoonotic modification of a corona virus,  in other words it was made in the laboratory.

In 1984, Anthony Fauci was appointed Director of NIAID (National Institute of Allergy and Infectious Diseases) 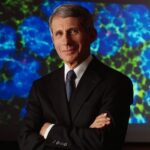 The malleability of Corona virus was found to be a potential candidate for HIV vaccines.

THE QUESTION ARISES – HOW COULD THERE BE A TREATMENT FOR SOMETHING ONLY INVENTED 3 DAYS EARLIER?  Answer: The Sequoia Pharmaceuticals patent was issued and published before the initial CDC Patent number 7220852 on corona virus was approved. Patent Office records  available in the public archive office, show that after the initial  CDC Patent was rejected twice, an Appeal fine was paid the Patent Office to keep this information private, patent approval was not given until 2006/7.

The RICO Act is a United States federal law defining criminal conspiracy, racketeering  and collusion. Rico provides for extended criminal penalties and a civil cause of action for acts performed as part of an ongoing criminal organization, causing some to query the  possibility of a future RICO action. ‘This is the very definition of criminal conspiracy, racketeering and collusion – it is evidence. The degree to which that information could have been known to anyone  except for  insider information is zero, not physically possible. You cannot have information in the future informing something which does not yet exist.’

5TH June 2008  –  DARPA  the US Defense Advanced Research Projects Agency responsible for the development of emerging technologies for use by the military, actively took an interest in corona virus as a biological weapon.

Moderna then began negotiating with Arbutis Pharmaceuticals and Acuitas, two 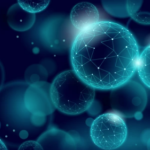 Canadian companies who owned the patent on the lipid nanoparticle required to deliver the injection of the mrna fragment.

The Bidol Rights Act states that if the US government has paid for research it is entitled to benefit from the research as their right or at their whim. So why in 2017/2018 does NIAID  have to take ownership of the patent that they already have rights to and file a certificate of ownership? Perhaps due to the complexity of 73 Patent applications which existed by 2016 from multi national pharmaceutical companies, morphing and vying for commercial exploitation.

SEQUOIA AND ABLYNX BOTH ULTIMATELY BECAME ROLLED INTO 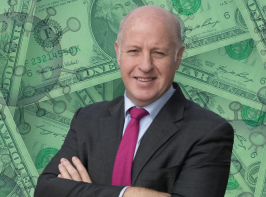 Covid-19 outbreak. He is  quoted in 2015  “We need to increase public understanding of the need for medical counter measures such as a pan corona virus vaccine..a key driver is the media and the economics will follow the hype. We need to use that hype to our advantage to get to the real issues- investors who will respond if they see profit at the end of the process”

The old adage comes to mind

CREATE THE PROBLEM AND PROVIDE THE SOLUTION