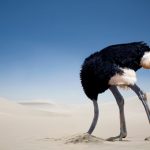 WHEN WHISTLE BLOWERS ARE SILENCED WE MUST QUESTION THE AGENDA – CENSORSHIP IS ALIVE AND WELL.

Rather than  listen to arguments for and against the vaccine why would we dismiss warnings from eminent pro vaccine scientists with proven track records?  As some of the worlds top virologists  express  mounting concern over the Covid-19 vaccine programme, mainstream media and social network providers are ensuring that warning voices are muted or dismissed as ‘fringe theories’.

The usual rigorous testing of animal and human trials over several years was scaled down due to the perceived threat of the Covid-19 global pandemic. To obtain vaccine approval researchers are normally required to submit results of testing done on mice, such non clinical papers are normally confidential but a Japanese paper outlining this stage of preliminary trials was obtained by Canadian Viral immunologist, Dr Byram Bridle Professor of Viral Immunology University of Guelph who released the podcast.

Dr. Robert Malone, the inventor of the mRNA technology was asked to revue the content. The paper confirmed that the spike protein injected into mice causes 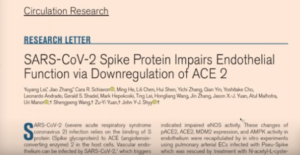 cardio vascular clotting and crosses the  blood/brain barrier (a semi permeable membrane which constitutes a barrier to the passage of cells, particles and large molecules) a potential for neurological damage. Such findings would normally have paused the research programme. A further 2nd opinion was sought and all agreed with findings that ‘the spike protein causes platelets to clot and is associated with clotting disorders seen in vaccine side effects, that the spike protein is capable of direct transmission to major organs and can cross the blood/brain barrier’. It  has been found in the brain and in the view of some of the most respected virologists and clinicians in the world, is responsible for the heart problems, vascular clotting and brain clots seen in recent cases.

DR. MALONE THEN REPORTED THIS TO THE FDA WHO REFUSED TO BELIEVE THAT THE SPIKE PROTEIN WAS BIOLOGICALLY ACTIVE IN THE BLOODSTREAM

The genetic modification strategy to engineer entry into the cell to deliver the Covid-19 vaccine was done before the risks were known. Vaccines are delivered intramuscularly in the arm and enter the cells locally to manufacture an immune response. The spike is wrapped in a genetically modified lipid nano-particle membrane to accelerate entry into the cell. A trans-membrane tag is attached to ensure the spike remains locked in place. It was assumed that these new vaccines would behave like all previous vaccines remaining at the injection site while activating the immune system, research data has now shown that this is not the case. The spike protein gets into the blood circulatory system over several days post vaccination as the trans-membrane can break down releasing the spike protein into the bloodstream where it attaches to the cell wall of blood vessels and is then carried by the circulatory system throughout the body. 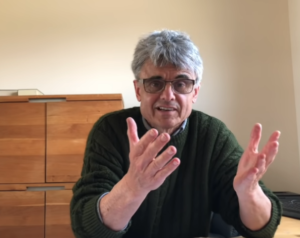 listening to. Dr Vanden Bossche previously work with the Global Alliance for Vaccines and Immunisation programme to develop an Ebola vaccine with responsibility for reviewing preparation planning for a potential global pandemic.  His repeated  alerts concerning  the Covid-19  pandemic programme have attracted personal attack and attempts to discredit him, resulting in him announcing a final warning that in his view the world is on the verge of a global catastrophe due to the Covid vaccine programme.

See:  The insidious face of a pandemic of variants

The professor explains that while both natural infection and vaccination produce an antibody response, they are very different. The innate immune system being robust but slower, targets all pathogens, a sterilising system which prevents secondary infection to known pathogens. In contrast the new genetically modified vaccines have been designed to specifically target the Covid-19 virus; the vaccine process is creating a new ‘pseudo immunity’ blocking and neutralising the body’s natural immune defences. Pharmaceutical  manufacturers have confirmed that vaccine antibodies reduce over time, requiring a second booster shot to multiply the antibody response, when this is given the natural immune system is overwhelmed resulting in the cytokine cascade and the vaccine reactions currently seen. Interestingly the CDC’s advisory committee in the US initially said there isn’t enough evidence to recommend booster shots.

VIRUSES RESPOND TO A HOSTILE ENVIRONMENT BY MUTATING TO CREATE NEW VARIANTS. PROFESSOR BOSSCHE WARNS THAT IT IS COUNTER PRODUCTIVE TO VACCINATE DURING A PANDEMIC AS THE MAJORITY OF PEOPLE ARE NOW CARRYING THE SPIKE PROTEIN WHICH IS REACTIVATED WITH BOOSTERS OR NEW VACCINES AIMED AT CONTROLLING VARIANTS.

A new Harvard research paper showed that of 13 young nurses who received the Mrna moderna vaccine, 11 had spike protein in the blood and high concentrations of lipid nanoparticles in the ovaries. There have been some studies showing that SARS-CoV-2 can damage endothelial cells, which line the blood vessels. One study found signs of endothelial damage and fragments of SARS-CoV-2, including the spike protein, in the brains of 13 people who had died of Covid-19.

“Error will travel over half the globe, while truth is pulling on her boots.”