TO MAKE INFORMED DECISIONS WE MUST BE INFORMED 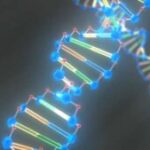 The new mRNA vaccines have been described as ‘a way of tricking the immune system’ by delivering lipid nanoparticles, fatty molecular envelopes, as a  mechanism to help strands of mRNA evade the body’s biological gatekeepers. Paula Cannon, an associate professor of microbiology at the University of Southern California’s Keck School of Medicine commented:  “The immune system is incredibly complicated and it’s different from person to person… “There’s always a concern when you are trying to trick the immune system — which is what a vaccine does — that you could have unintended side effects,”

1st.  Within hours she became ill and was hospitalised, developing  what her doctors believe was myocarditis, a rare inflammation of the heart muscle. Simone underwent a heart transplant one month later and died on May 11th. 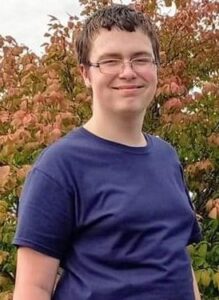 his second dose of Pfizer’s COVID vaccine, “he had no known health problems and was on no medications.”  Preliminary autopsy results indicated that following his vaccination, Jacob’s heart became enlarged and was surrounded by fluid — symptoms similar to those documented in other teen boys who experienced myocarditis following COVID vaccination. A family member stated “If Jacob had not received the 2nd shot, we believe he would be alive today.”

Justin Harrington, a 21-year-old New Jersey student, suffered severe heart inflammation within 8 to 12 hours of receiving his second dose of Moderna’s COVID vaccine. Justin’s  school required him to get the vaccine in order to attend classes in the fall. Justin’s father, Timothy Harrington, said his son felt different after the second shot. “Every time his heart beat it hurt and he felt pressure,.. “Then he 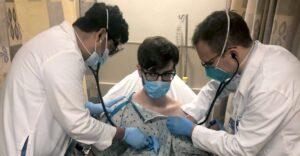 developed heart pain down both arms.” Two days after Justin received the second shot, his father took him to the emergency room at Morristown Memorial Hospital because the symptoms had worsened. “The physicians weren’t connecting it to the vaccine until I informed the doctors my son just got the vaccine, and shared with them the information I had found on myocarditis,” Justin now has minor scarring on his heart and Harrington said even though his son has been released, he still has chest pain and his life is not the same. “He has to wear a heart monitor and take four different medications for six months…He has to sleep propped up, can’t exert himself so is unable to work.” Doctors hope they caught it early enough that there will be no other issues but this is uncertain.

A search in the CDC’s Vaccine Adverse Events Reporting System (VAERS) reveals 900 cases of pericarditis and myocarditis reported in the U.S. among all age 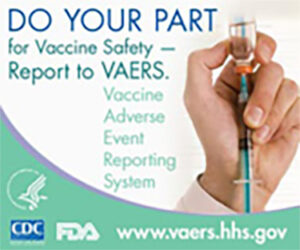 groups following COVID vaccination, between Dec. 14, 2020 and June 4, 2021. An emergency meeting of its advisers was called for June 18.  Dr. Tom Shimabukuro, deputy director of the CDC’s Immunization Safety Office, confirmed there had been “a higher-than-expected number of cases” of heart inflammation among young people recently vaccinated with their second doses of the mRNA vaccine.

THE CLEVELAND CLINIC FOUND THAT PEOPLE PREVIOUSLY INFECTED WITH SARS-CoV-2 WERE LESS LIKLEY TO BE REINFECTED THAN FULLY VACCINATED INDIVIDUALS WHO HAD NEVER HAD THE VIRUS.

Studies also suggest that people who’ve already had the disease or were recently infected are more at risk of severe adverse reactions i.e. a potential risk of harm if  vaccinated at a vulnerable time.  Since the vaccine is intended to trigger an immune response it is not unreasonable to assume that those who may already have natural immunity due to previous  or current infection might be at increased risk when later vaccinated and we often have no way of knowing whether a person was previously infected but asymptomatic. In such cases the body will trigger an exaggerated immune response with potential damage to organs and tissues where there is vulnerability. This is the  reaction seen in increased rates of blood clots causing stroke and heart attack in a minority of those vaccinated.

According to researchers at the National Organization for Rare Disorders, myocarditis can result from infections but “more commonly the myocarditis is a result of the body’s immune reaction to the initial heart damage.”  The link between myocarditis currently under investigation is as yet unproven, we must hope that the vaccine itself does not prove to be the agent initially responsible for attacking the heart muscle, initiating an exaggerated immune response which is difficult to control. The UK Joint Committee on Vaccination and Immunisation (JCVI) will be advising against pressing ahead with a vaccination campaign for teenagers.

Moderna denies any link between vaccine and heart inflammation. While acknowledging Covid risk factors, it is vital for each of us to remain alert to the conditions now being investigated as potentially vaccine linked. Without accurate reporting of adverse reactions there is no hope of assessing the true risk factors, it is already too late for some.