SCIENTIST HAVE BEEN WORKING WITHOUT SUCCESS TO DEVELOP A CORONA VACCINE FOR THE PAST 20 YEARS UNTIL THE CURRENT COVID-19 mRNA VACCINE WAS APPROVED IN RESPONSE TO THE GLOBAL PANDEMIC. 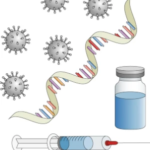 used before.  Before 2020, no mRNA technology platform (drug or vaccine) had been authorised for use in humans, so an unknown risk remained. The gene technology (allows direct modification or removal of a gene, or the transfer of a gene from one species to another) involves inserting DNA encoding an antigen (such as a bacterial surface protein) to stimulate an immune response. This bio technology has been tested for rabies, zika and influenza but not previously licensed due to safety concerns and risk of unknown side effects on humans causing many large pharmaceutical companies to abandon the technology.

Vaccine development is normally a long, complex process, often lasting 10-15 years involving 5 stages: The 1st stage involves basic laboratory research of  2-4 years. The next pre clinical stage of 1-2 years, studies tissue culture or cell culture systems and animal testing to assess human safety, this can include re-infecting vaccinated animals to assess the immune response. Many studies never progress beyond this stage due to adverse reactions. For those which do, application for licensing clinical trials is made to a review Board to approve commencement of 3 phases of testing clinical protocols, before Phase1 Vaccine Trials for human testing can begin. Initial human trials test 20-80 subjects, monitoring and recording response. If successful, Phase 2 Trials test several hundred individuals including some within the high risk category. Factors include prevention, immune response and side effects. Phase 3 Vaccine Trials, involves monitoring thousands to tens of thousands of people before Licensing is granted with the conditions of  factory inspection and vaccine labelling compliance. Phase 4 monitoring by drug companies is optional after the vaccine is released. A Phase 5 voluntary reporting system ‘VAERS’ allows adverse reactions to be reported by lay persons.

Benefits of mRNA vaccines include speed of design and production, RNA vaccines have the advantage of being faster and cheaper to produce than traditional vaccines, RNA can be produced in the laboratory from a DNA template using readily available materials. Moderna designed their mRNA–1273 vaccine for COVID-19 in 2 days. 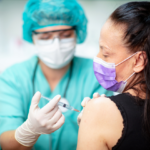 In October 2020, the prestigious science journal Nature, gave strict warnings that any COVID19 vaccine should be tested on animals before going to human trials precisely because of the problems experienced with the SARS-1 vaccine. This warning was ignored. The effects of possible reinfection remain unknown.

On 2nd December 2020, seven days after its final eight-week trial, the UK’s Medicines and Healthcare products Regulatory Agency (MHRA), became the first global medicines regulator in history to approve an mRNA vaccine, granting “emergency authorisation” for Pfizer/BioNTech’s BNT162b2 COVID-19 vaccine for widespread use. On 11th December 2020 the FDA gave approval for emergency use authorisation in the US.

The mRNA vaccines differ from most conventional vaccines in that they don’t contain live or attenuated (weakened) virus.  Instead, RNA vaccines high jack the natural process that cells use to make proteins, utilising DNA as the template to make Messenger (mRNA) molecules. The Covid-19 virus caries numerous spikes on its surface which enhance its 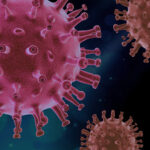 capability to infect. The vaccine has been genetically modified by taking a small part of the  virus i.e. the spike, which is then inserted as a mechanism to inoculate the cells with a small amount of spike protein.When injected, the virus enters the cell and begins to reproduce the spike protein. The body’s immune system recognises the genes as foreign and starts to attack by activating protective T Cells and B cells to destroy what it sees as invaders. The mRNA vaccines are delivered by lipid nanoparticles, the fatty molecular envelopes incorporated into vaccines as a delivery mechanism to help strands of mRNA evade the body’s biological gatekeepers to reach their target cell without being degraded.

We might be forgiven any reluctance to decipher the confusing list of letters and terms which are meaningless to most of us. DNA, RNA, mRNA, antigen, viral vector, antibodies, T Cells, B Cells. the list goes on… however to make an informed choice we must be informed. Thankfully each of us is now free to investigate the information available to us, to decide what is true, what is partly true and what may be false.This is worth noting as vaccine developers are indemnified against any adverse effects vaccine treatments may cause.

* All of the Covid-19 vaccines are genetically modified. Pfizer with German biotech firm BioNTech both use mRNA that encodes the spike protein. AstraZeneca with the University of Oxford UK,  utilises a viral vector (or carrier) which holds extra genetic material that codes for the SARS-CoV-2 spike protein.

Paula Cannon, an associate professor of microbiology at the University of Southern California’s Keck School of Medicine described the process “It’s really a clever trick.”But stated – “The immune system is incredibly complicated and it’s different from person to person… “There’s always a concern when you are trying to trick the immune system — which is what a vaccine does — that you could have unintended side effects,”