A MORAL DILEMMA – There is convincing evidence that most epidemics  including Covid-19, have actually been caused by animal exploitation.  In August, a white paper found that nearly every major zoonotic disease outbreak over the last 120 years is inextricably linked to animal exploitation including the use of research animals. (A zoonotic virus being one that originated in another species but infects and transmits among humans). Prior to the current Covid-19 pandemic, two million people were dying from zoonotic diseases each year.

IS IT A MARK OF IGNORANCE OR ARROGANCE WHICH LEADS US TO BELIEVE THAT WE CAN REDRESS THE BALANCE BY CONTINUING TO EXPLOIT SPECIES WE REGARD AS SUBORDINATE?

Severe acute respiratory syndrome coronavirus 2 (SARS-CoV-2)   the successor to SARS-CoV-1, the virus that caused the 2002–2004 SARS outbreak, is believed to have zoonotic origins linked to bat coronaviruses, suggesting it emerged from a bat-borne virus. At the outbreak of the pandemic, conspiracy theorists confused the public with talk of ‘bat soup’ in Wuhan markets, disregarding the evidence provided by concerned virologists who warned of ‘an engineered virus… adapted through shared international research labs’ all of which use research animals. See: Who to Bless and who to Blame

A report from the UN has stated the number of zoonotic epidemics from Ebola to Sars to West Nile virus and Rift Valley fever is rising;  these are the infections which can be transmitted from animals to people. SARS-CoV-2 infections have now been reported in cats, lions and tigers, dogs and mink. We also now know that humans can infect other animals with SARS-CoV-2, such as domestic cats 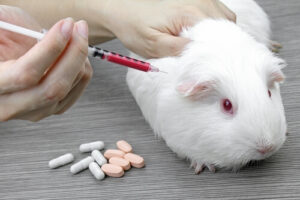 and even tigers in zoos. Despite growing evidence, Governments are ignoring the root causes: Recent research shows that animals have serious limits as models for studying human disease, species are inherently different with divergent immunology and immune responses. Yet medical science continues its relentless research extracting, selecting and mixing animal cell lines, creating recombinant vaccines which are administered to humans.

THE CURRENT GLOBAL OUTBREAK OF MINK INFECTED WITH COVID-19 IS A REMINDER, IF ANY WERE NEEDED, OF THE CONSEQUENCE OF IGNORING THE EVIDENCE.

A paper published in the prestigious journal ‘Science’ 08 Jan 2021: (Transmission of SARS-CoV-2 on mink farms between humans and mink and back to humans) reported  this two-way transmission on mink farms. “Of the tested mink farm residents, employees, and/or individuals with whom they had been in contact, 68% had evidence of SARS-CoV-2 infection… ‘We conclude that the virus was initially introduced by humans and has since evolved.’…‘Sequencing has subsequently shown that mink-to-human transmission also occurred.’

Mink are factory farmed to supply the global fur trade. It takes about 20 to 30 pelts to make one long coat, 15 to 20 pelts to make a short one, prices begin at $1,000, a top-of-the-line sable fur coat can cost $150,000. In their natural state mink live near water and roam over several miles, living an average of 3 years. Farmed mink are bred and  housed in densely packed small wire cages in close contact with one 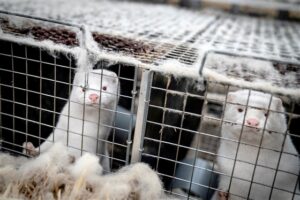 another. They are killed at around 7 months old by gassing then pushed through metal machines which skin them. The conditions provide a perfect breeding ground for Covid-19 transmission.

Denmark is the world’s largest mink exporter. In April 2020, the Netherlands had an outbreak of Covid-19, by October, hundreds of Danish mink farms were infected. Outbreaks in Wisconsin, the biggest producer of mink in the US, quickly followed. To date, COVID-19 has been found on mink farms in a total of 10 countries, including Spain, Italy, Lithuania, Sweden, Greece, France, Ireland, Canada and the US. 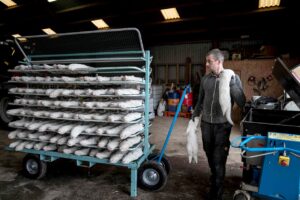 November 2020 Denmark culled 17 million mink in more than 200 farms, killing both infected and healthy animals. Since the mass slaughter, hundreds of hastily buried dead mink were slowly pushed out of the ground by gas emitted from their decomposing bodies, leading to concern of further contamination  from the rotting corpses.

In Europe Efforts to ban fur farming are now accelerating. The Netherlands announced it would end mink farming in 2021 and France announced it would ban farming mink by 2025. Poland, is expected to follow and Ireland, with only three mink farms, has now decided to cull its farmed mink population, ending production.

Predictably the price of mink fur jumped after Denmark ordered the cull. Marc Kaufman, a fur merchant in New York City who sells a lot of mink coats commented: “Demand is there, and need for the product is there. If Copenhagen doesn’t farm the skins, Russia will. If Russia doesn’t, China will. Either way there is gonna be a supply because there is demand.” 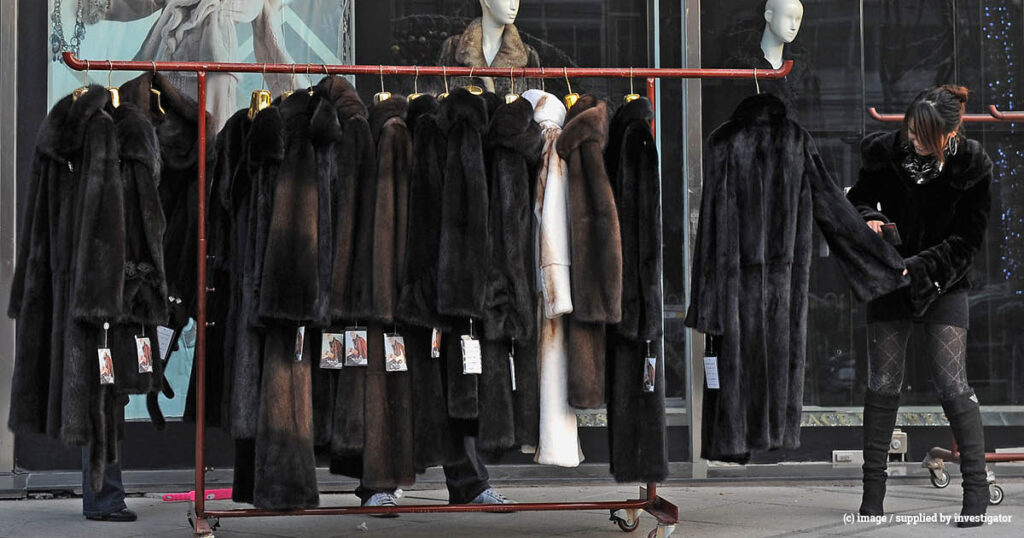 China’s mink farmers say they are benefiting from the Danish cull, a Shangcun trader and breeder estimating  his earnings had increased 30 to 50 percent. China’s  8,000 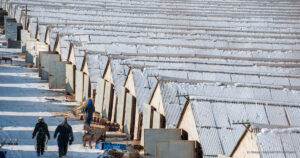 mink farms hold roughly 5 million animals, a skilled worker can skin about 350 mink a day. Discarded carcasses are  sold to local villages as meat, animal feed or fertiliser. In two decades China became the main export market for U.S. and European mink; demand for fur coats there now dwarfs that of every other country with an  estimated $50 billion annual industry. The state has reported no COVID-19 cases among mink, either on farms or in the wild.

ARE ANIMALS FOR EATING, WEARING, ENTERTAINMENT OR RESEARCH?

Accurate statistics for animal experiments are not available or even required by many countries and cannot therefore be effectively monitored. An estimated global figure of 192.1 million for the number of animals used for scientific purposes in 2015 is a low one. Research animals include mice, rats, birds, rabbits, guinea pigs, hamsters, farm animals (including pigs and sheep), dogs, primates (including monkeys and chimpanzees) and cats. Frogs and fish are also widely used.  In addition to the pain of the actual experiments, laboratory animals are confined to cages, socially isolated, and psychologically traumatized.. 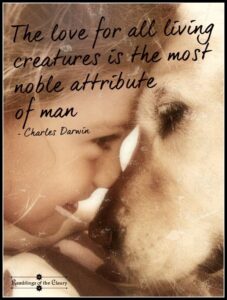