A GROWING NUMBER OF CONCERNED VIROLOGISTS HAVE WARNED THAT SCIENTIFIC RESEARCHERS GENETICALLY ENGINEERED THE COVID-19 VIRUS  FROM THE SARS VIRUS TO MAKE A BIOLOGICAL WEAPON.  IF TRUE THIS HAS MAJOR IMPLICATIONS FOR HOW TO MANAGE THE PANDEMIC. 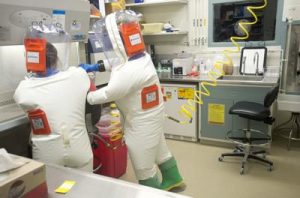 research labs.  Bio-engineering does not necessarily indicate bio-weaponry, however engineered viruses can be used as a weapon. Offensive biological warfare, including mass production, stockpiling and use of biological weapons, was outlawed by the 1972 Biological Weapons Convention (BWC).  Many countries, including signatories of the BWC, currently pursue bio weapons research under Defence initiatives which is not prohibited by the BWC. Biological warfare  is not limited to any one country, those currently suspected of having biological weapons programmes include: Canada, China, Cuba, France, Germany, Iran, Iraq, Israel, Japan, Libya, North Korea, Russia, South Africa, Syria, the United Kingdom and the United States.

Fort Detrick, Maryland is the major US facility for stockpiling biological 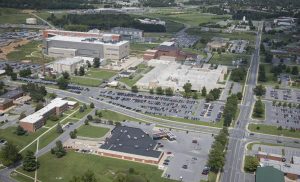 weapons. The U.S. Army Medical Research and Development Command  installation is hosted at Fort Detrick.  Global intelligence agencies currently looking into the origins of the virus have confirmed two Chinese scientists studied live bats in Australia as part of a joint research programme between the Chinese communist government and the Australian government. The “Five Eyes” intelligence agencies of Australia, Canada, NZ, UK, and US are currently examining  the work of senior scientists, Peng Zhou and Shi Zhengli, at the Wuhan Institute of Virology.  We can hope their investigations include Fort Detrick and the University of North Carolina among others, which have all been identified with the original research preceding the Wuhan programme 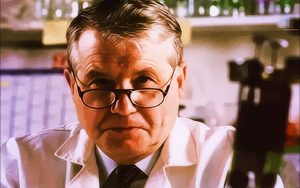 the co discoverer of the AIDS virus, has stated that Covid-19 is a man made virus which originated in a lab.  He told French CNews: “Presence of elements of HIV and germ of malaria in the genome of coronavirus is highly suspect and the characteristics of the virus could not have arisen naturally”  indicating intervention by an external agency.

Dr Francis Boyle, Professor of International Law at the University of Illinois College of Law, drafted the US legislation for the Biological Weapons Anti Terrorism Act of 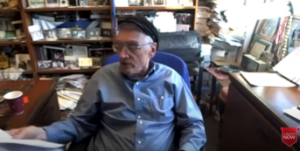 1989. Professor Boyle has stated his belief that the Covid-19 virus is an offensive biological warfare weapons agent.  He believes Covid -19  to have been genetically engineered from the SARS virus and to be even more infectious and lethal.  He previously condemned the American University of North Carolina Bio Safety Lab Level 3 for using ‘gain of function’ on MERS the Middle East Corona virus which is more dangerous than SARS. (Gain of function refers to experiments which aim to produce additional function in specific viruses where they do not exist in nature). Professor Boyle believes the virus escaped from the Bio-safety Level 4 lab in Wuhan, China which is also a specially designated World Health Organization (WHO) research lab and that the WHO are fully aware of what is occurring there.

The Wuhan Institute of Virology gave grants to US and Australian labs with an agreement to share students. Shared research funded by China was done with the North Carolina lab in Maryland and the Australian Animal Health Laboratory  (now The Australian Centre for Disease Preparedness), a high security laboratory for exotic animal disease diagnosis and research. The University of North Carolina lab obtained their research cells from Fort Detrick.

Professor Boyle states the SARS virus was genetically modified with ‘gain of function’ properties, this can be traced through a paper trail on the development of the coronavirus up until 2015. Three papers are cited by Dr Boyle which show that Covid-19 is the same virus being developed throughout the world.  “My reading of these three articles basically is that they took the technology from this ‘Death Factory’ at North Carolina and the Australian research project and took it back to Wuhan and tried to genetically engineer it all together.”

In 2005, Virologist Shi Zhenghalli identified bats in China as the natural reservoir of SARS- like coronaviruses, publishing the research in 2013.  In 2014, Dr Shi Zhengli collaborated on ‘additional gain of function’ experiments led by Ralph S. Baric, distinguished professor of the Departments of Epidemiology, Microbiology and Immunology at the University of North Carolina.  Research showed two critical mutations that the MERS coronavirus possesses which allow it to bind to the human ACE2 receptor.

Ralph Baric published a study on 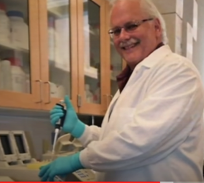 his team’s efforts to engineer a virus with the surface protein of the SHC014 coronavirus, found in horseshoe bats in China, the backbone of one that causes human-like severe acute respiratory syndrome (SARS) in mice. The hybrid virus caused disease in mice and could infect human airway cells according to the team’s results published in Nature Medicine. Fourteen other scientists worked with Baric on this project, which included Switzerland Institute of Microbiology and Harvard Medical School.

Professor Simon Wain-Hobson, a virologist at the Pasteur Institute in Paris, 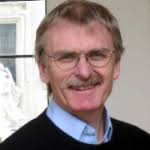 warned that such research is “misleading” and “irrational” stating:  “The consequence of any accident would be anywhere from a handful of infections to a catastrophic pandemic. In June 2014, the U.S. Centers for Disease Control and Prevention determined that Fort Detrick had unintentionally exposed personnel to potentially viable anthrax. October 16, 2014: The U.S. National Institute of Health announced a pause on funding of the research in order to assess biosafety and biosecurity risks and benefits  of certain gain of function (GOF) experiments with influenza, SARS, and MERS.

The research was continued in China. Two of the team Xing-Yi Ge and Zhengli-Li Shi, worked at the Key Laboratory of Special Pathogens and Biosafety, Wuhan Institute of Virology, Chinese Academy of Sciences, Wuhan. 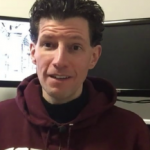 cannot have happened zoonotically, (animal to human  transfer) stating that their mechanisms and how these viruses work inside the cell are totally different, indicating genetic manipulation. A retrovirus is a type of RNA virus that invades cells by inserting a copy of its genome  into the DNA of a host cell, which then replicates the foreign material changing the genome of the host. The corona virus is not a retro virus, as an RNI virus it contains DNA strands, most often single strand and has many receptors including ACE2,  and binding receptors DC-Sign and LSign which facilitated bio engineered trans infection. Dr Cottrell describes this as ‘SARS on steroids’.

Four  bioengineered inserts have been identified in the Covid-19 virus.

This might be a final opportunity for citizens of the world to wake up and demand answers. China is denying any involvement in bio engineering and we can confidently expect the same of any other nations who may have collaborated in this evil. It is  likely we will see a cover up of the cover up. Does this mean we should dismiss some of the worlds leading scientists, experts in the field of virology.? Before President Trump uses the situation to impose sanctions on China he might remember the advice ‘He that is without sin among you, let him cast the first stone’

QUOTE:  THE INDIVIDUAL IS HANDICAPPED BY COMING FACE TO FACE WITH A CONSPIRACY SO  MONSTROUS HE CANNOT BELIEVE IT EXISTS…J Edgar Hoover

Who’s to Bless and Who’s to Blame: Kris Kristopherson: