Once again the Catholic church has lived up to its reputation for failing to protect the most vulnerable, refusing to report abusers and even knowingly placing children in contact with predators. France is reeling from the results of the report into child sexual abuse within the catholic church which revealed that 216,000 children were sexually abused over the past 70 years by 3,000 priests. The inquiry found the number of children abused in France could rise to 330,000, when taking into account abuses committed by lay members of the Church, such as teachers at Catholic schools.

The head of the inquiry, Jean-Marc Sauvé stated “There has always been collusion between the church in France and the Vatican to protect perpetrators of abuse, the church is still in denial and shows contempt for the judicial process”.  Sauvé described the now familiar culture of negligence and cover up which concealed “deep, total and even cruel indifference” towards victims who sought justice. Internal disciplinary action was taken in only a handful of cases and criminal prosecutions were almost never brought; nine out of 10 people cannot get justice because the statute of limitations has passed or the perpetrator has died.

The 2,500 page report states the “vast majority” of victims were boys, many of them aged between 10 and 13 however nuns used crucifixes to rape little girls or forced boys to have sex with them. Two of those victims, Martine now 73, and Mireille, 71, 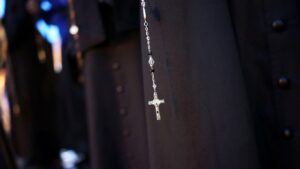 were sexually assaulted by a priest when they were teenage girls in high school.  Martine commented “It brings on such terrible thoughts… For me, personally, I had to wait for my parents to die because otherwise  it was not possible to speak out.”

Marie was placed in a French Catholic boarding school, in the fifth grade. a nun would come to her class every day to choose a student to help her with Mass. “I was 11 and looked 9. She would choose me once every two or three times,” she recalls. “She would take me to her office, lock the door, and then draw the curtains. After which she would put me on her knees to make me read the gospel according to Saint Paul or another saint, while she squeezed me with one hand to her chest and pulled down my panties with the other hand. It terrified me and paralysed me.”  Persuaded by a friend to tell her parents, she was accused of lying and called a pervert. The abuse continued for a year.  “Marie” again told her mother about the abuse at the age of 35 but was still  not believed.

Archbishop Eric de Moulins-Beaufort, (elected president of the Bishops Conference in France in 2019) told the press of his determination to support survivors “so that the refusal to see, the refusal to hear, the desire to hide or mask the facts, the reluctance to denounce them publicly, disappears”   Days later in an interview he rejected the Commission’s recommendation to require priests to inform police of any child abuse cases learned about during the sacrament of confession stating that – “The secrecy of confession is a requirement and will remain a requirement – in a way, it is above the laws of the Republic. It creates a free space for speaking before God.”  This is in line with 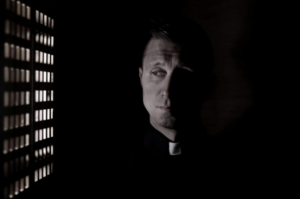 Vatican guidelines released last year when pope Francis reconfirmed that any crime, including child sexual abuse, discovered during confession cannot be revealed and remains subject to “the strictest bond of the sacramental seal” 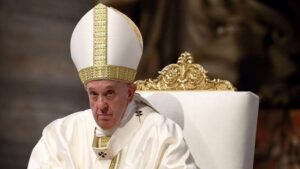 The comments made by the pope regarding the French report have a hollow ring:  “I wish to express my sadness and pain to the victims for the trauma they have suffered and also our shame, my shame at the Church’s too long failure to place victims at the centre of its concerns”

IT IS NOT ENDLESS PLATITUDES, EXPRESSIONS OF SADNESS AND SHAME AND REQUESTS FOR FORGIVENESS THAT ARE NEEDED, IT IS ACTION. FIRST TO ENSURE CHILD PROTECTION IS IN PLACE AND SECOND TO PUNISH THE PERPETRATORS. THE POPE COULD START BY ENSURING THAT DISCLOSURES MADE DURING CONFESSION REQUIRE MANDATORY REPORTING TO THE POLICE.

While 80% of people in France are nominally Catholic church attendance has fallen to 10%, a reflection that the sexual abuse scandals of recent years depict systemic, institutional corruption. The pretence of reforming ecclesiastical structures and attempts to blame a few rogue priests is neither acceptable or believable. An acknowledgement of error followed by an acceptance of consequences is as true for the bishops and the pope as it is for paedophiles.

AND SO IT CONTINUES…

Germany’s Catholic Church  commissioned an investigation into decades of child sex abuse by clergy covering the time period from 1946. When it was published in 2018 it detailed 3,677 victims who had been abused by  1,670 priests.

THE GERMAN REPORT ALSO CONFIRMED HOW CATHOLIC NUNS  HAD PEDDLED ORPHAN BOYS TO PREDATORY PRIESTS AND PERVERTS FOR DECADES.

Two lawsuits allege that orphaned boys living in the boarding houses of the Order of the Sisters of the Divine Redeemer were sold or loaned for weeks at a time to perverts and pedophiles. The accusers state that as boys they were denied the 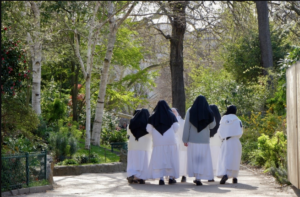 opportunity of  adoption or fostering because selling them for rape brought income to the convent. Some of the boys were groomed to be sex slaves to perverts. The alleged abuse went on for years, with one of the males claiming the nuns even frequently visited their college dorms after they had left the convent. He said the nuns often drugged him and delivered him to predators’ apartments.

KARL HAUCKE,  63 YEAR OLD LEADER OF A VICTIM SUPPORT GROUP STATES THAT HE WAS ABUSED AT LEAST ONCE A WEEK BETWEEN THE AGES OF 11 AND 14, OFTEN BY MORE THAN ONE PRIEST.  HE WAS ALSO MADE TO RELATE HIS EXPERIENCES DURING WEEKLY CONFESSION  WHEN HIS ABUSER WOULD SAY “CONFESSION INCLUDES PENANCE… I’LL COME ROUND TO YOUR BED TONIGHT OR TOMORROW”

Survivors had demanded that Cardinal Reiner Maria Woelki, Archbishop of Cologne carry out an independent investigation, this was completed in January 2021 but the Archbishop  refused to release it stating that the report contained “inadmissible prejudices” against the Catholic church that were fed by scandals going on elsewhere.  The Archdiocese of Cologne will now release a revised and redacted edition. Archbishop Woelki’s attempts to silence the 560 page report  cited legal concerns that the perpetrators may have a right to privacy. This was  foiled when Haucke resigned from his victims committee post over the censoring and filed the law suit.

BISHOP KARL- HEINZ WIESMAN COMMENTED THE ABUSE REPORT WAS ‘SO GORY’ IT WAS TOO SHOCKING TO BE MADE PUBLIC. HE TOLD THE CATHOLIC NEWS AGENCY KNA THAT HE HAD TAKEN A MONTH’S SABBATICAL TO RECOVER AFTER READING IT, SAYING: “I HAVE LIMITED ENERGY FOR THE BURDENS I HAVE TO CARRY”

It is difficult to imagine that the bishop’s burdens were heavier to bear than that of the survivors. In March 2021 lawyers were allowed to release segments to news outlets.  Bjorn Gercke, a Munich attorney from the law firm which conducted the investigation presented the report describing “poisonous files” in reference to documents detailing evidence of abuse by priests and the attempted cover up of the crimes. Cardinal 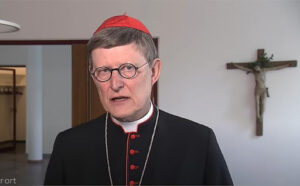 Woelki was accused of protecting priests suspected of sexual abuse.  Cardinal Joachim Meisner his predecessor who died in 2017, was found to have compiled many pages of evidence on members of the clergy  referred to as  “Brothers in the Mist,” a  term referencing abusive priests.

On September 24th 2021, Pope Francis accused  Woelki of ‘grave errors’ but decided that he should remain as Cologne’s archbishop, a decision which shocked many. The Vatican statement announced that the cardinal retains the popes confidence and will take a sabbatical until Lent 2022. The Vatican has cleared two other auxiliary bishops of Cologne, Bishop Puff will resume his office immediately, Bishop Scwaderlapp will carry out his ministry in Mombassa for one year before resuming his work in Cologne.