ONE TRILLION POUNDS IS £1,000 BILLION – ENOUGH TO PUT A VERY LARGE DINT IN GLOBAL POVERTY AND PUT SMILES ON THE FACES OF EVERY UK CITIZEN.

The Church of England is thought to hold assets in excess of £15bn. Its church commissioners have an £8bn investment portfolio, it also has £4.7bn in dioceses, £1bn in cathedrals and an estimated £1–10bn in parish church councils. In reality the actual total wealth of the church is estimated at almost £17.12 trillion sterling.  ($23.5 trillion in US dollars). The Church of England may be wealthy but the churches are empty. 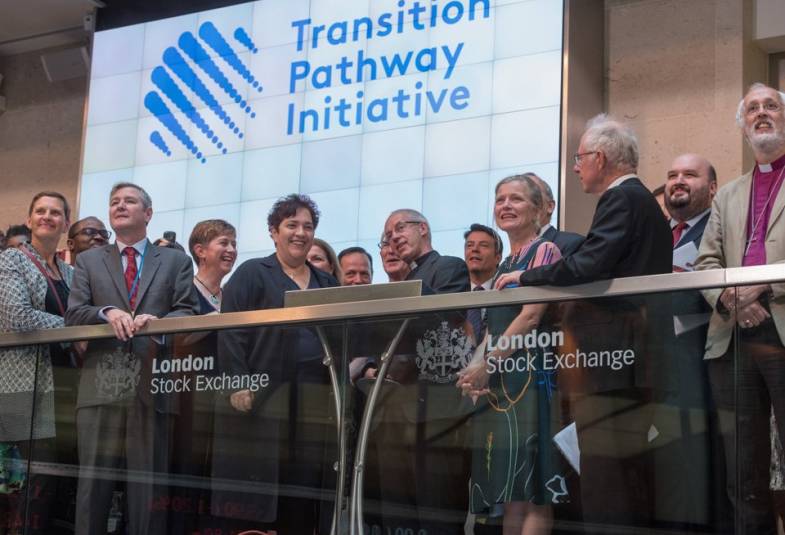 In January 2021 a Church of England multi-trillion-pound investment scheme  was unveiled. A somewhat incongruous image showed Justin Welby, the Archbishop of Canterbury and head of the global Anglican community opening the London Stock Exchange on July 2nd 2018 . The purpose was to publicise his address to delegates of the Transition Pathway Initiative (TPI) in a call for global partnership to address climate change issues. Welbey’s enthusiasm for partnering with international bankers, hedge funds and the London Stock Exchange are well known, perhaps a legacy of his past as an oil  executive. The TPI has since boasted that £10 TRILLION  has been amassed by the Church of England.

Warnings against avarice, the desire to accumulate more and more wealth, are given throughout the bible. Usury, charging exorbitant interest rates on a loan, has been expressly forbidden in Christian doctrine since the 4th Century BC, while the Law of Moses states:  “If you lend money to My people, to the poor among you, you are not to act as a creditor to him; you shall not charge him interest”  Ways to circumvent this inconvenient Commandment have always been found. In the late Middle Ages the problem of financing the royal exchequer and setting up capitalist institutions in the face of the Christian ban on usury was resolved by allowing Jews to act as bankers. While Jesus Christ famously overturned the tables of the money lenders in the Temple, the Archbishop, it seems, is willing to eat at their table, no doubt believing that the end justifies the means. It seems we have learned nothing from the global financial crash of 2008 or the words of Saint Paul that “the love of money is the root of all evil”

While few would argue the urgent need to address climate change, many would hope the same urgency might be applied to the plight of the hundreds of thousands currently living in crisis in the UK. Over two and a half million people now rely on food banks, almost one and a half million children require free school meals and more than 300,000 are officially recorded as homeless, these figures do not include those sleeping on a friend’s sofa or facing impending eviction due to pandemic restrictions. 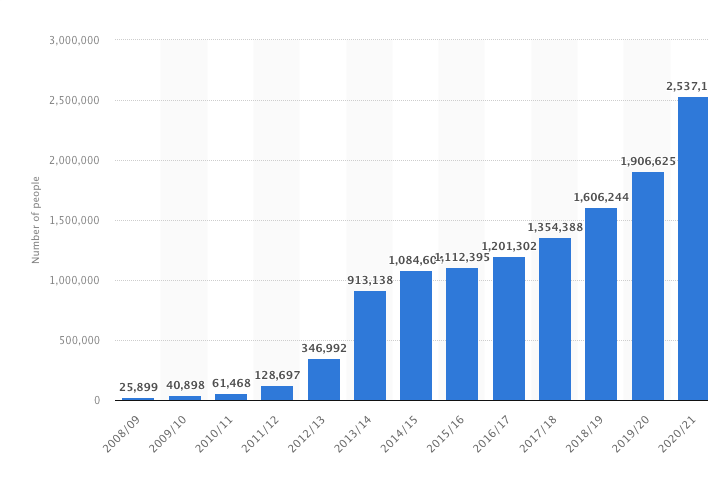 Welby also attacked Amazon for not paying a living wage and leaching off the taxpayer saying:  “they don’t pay for our defence, for security, for stability, for justice, health, equality, education.”  The media then discovered that The Church of England held substantial investments in Amazon, it has since said it will keep its shares as it considers the most effective way to seek change was to be “in the room with these companies” as a shareholder.

A 2021 pay freeze for C of E clergy means the archbishop of Canterbury who has two grace-and-favour homes including Lambeth Palace (below) will continue to receive an annual salary of £85,070. 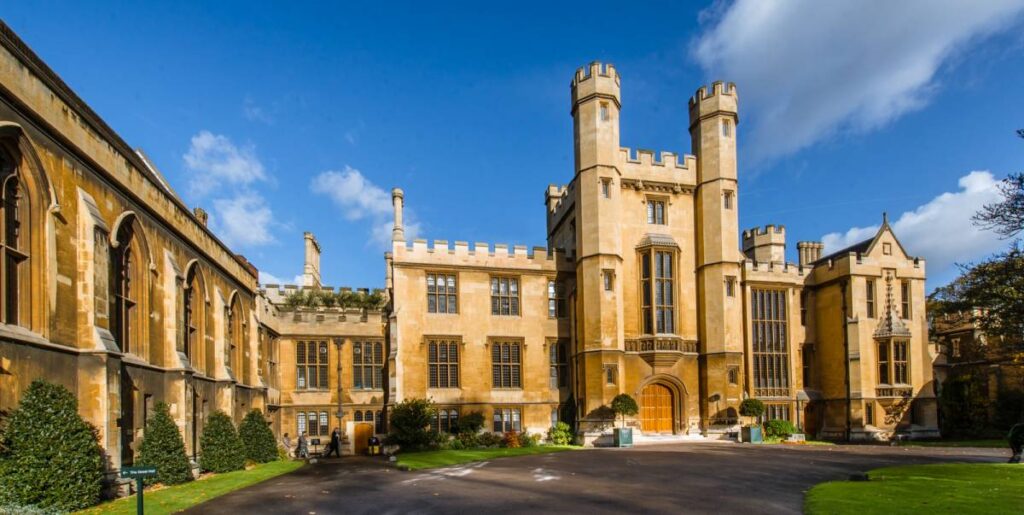 The salary of a diocesan bishop will continue at £46,180  while the stipend for a parish vicar will remain at £27,000. Three thousand  “self-supporting” ministers are not paid at all. Some vicars, many of them supporting families, are tens of thousands of pounds in debt and reliant on charity handouts or forced to use high-interest payday lenders. Clergy Support Trust – a centuries-old charity which supports destitute Anglican vicars, assistant or associate priests and curates-in-training gave £1.8m worth of grants to 459 needy clergy in 2019.

In 2018 The National Secular Society investigated the true wealth of the C of E and the church’s fragmented financial structure which makes assessment of the true value of its assets difficult. The government was asked to take the Church of England’s vast wealth into account before handing out any more tax payer funded grants to assist with building repairs for its 16,000 churches, since it has sufficient assets to meet the need. Applicants requesting taxpayer support must show financial need, which includes not only income but also savings and investments.

THE CHURCH OF ENGLAND IS EXEMPT FROM PAYING TAX UNDER THE CHARITIES ACT 2006.  IT IS THE BIGGEST UK CHARITY BY FAR WITH AN INCOME THREE TIMES THAT OF OXFAM. IN ADDITION IT CAN CLAIM BACK 25% IN BEQUESTS AND GIFT AID DONATIONS.

While tax evasion is illegal, tax avoidance to benefit an individual or an organisation is lawful, it relies on effective accountancy to ensure a favourable  assessment. A centralised financial system allows the church to operate as a complex set of charities with each diocese registered as a charity in its own right. This provides entitlement for full tax relief while taking full advantage of all the public services providing a pretence of accountability while exerting assumed authority. Fudging the closing-to-opening balances from one year to the next and delaying publication of adjusted accounts is considered creative accounting. The Charity Commission for England and Wales continues to allow the Church of England to audit its own accounts due to “lack of staff” at the Charity Commission, not an advantage extended to most of us.

It is not money which is the root of all evil but the love of money, the need for    more. Money is the energy of life, when shared it is multiplied, when hoarded it impoverishes the soul and makes the rich poor. The Church of England may be wealthy but  we must ask why the churches are empty.