IN ANCIENT TRADITION THE SOUL IS DEFINED AS AN ASPECT OF SPIRIT, A SPARK OF THE SUPREME CONSCIOUSNESS – THE GEOMETRY OF DIVINITY THROUGH WHICH ALL SOULS ARE CONNECTED.

Ancient wisdom predating materialist science by thousands of years, teaches that the purpose of Life is the evolution of consciousness, an awakening to our true origin and identity as spirit. All spiritual traditions hold that the soul is the eternal aspect of consciousness which survives the death of the physical  body, they differ however in their interpretation of the journey. Humanity has searched for answers, formulating belief systems adapted through time to provide a framework from which to consider our origins with over 40 Creation myths proving surprisingly similar.  The roots of the major world religions with their many branches are as old as humanity, founded by those who epitomised the concepts. Their individualised message is first crystallised, attracting millions of adherents, before becoming fossilised by dogma and interpretation, then to be renewed by the next Messenger.  Disillusionment with the rise of materialistic science coupled with recent financial and child abuse scandals within the churches has led  many to seek alternative paths. In turning once more to the sacred origins of Eastern philosophies, the so called ‘New Age’ movement is forging new alliances to reintroduce ancient truths.

The Geometry of Divinity: In metaphysical terms the soul is an aspect of God consciousness, stepped down through vibrational fields to experience life in the physical 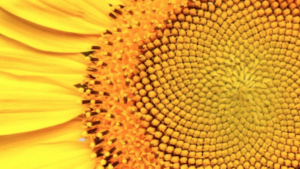 dimension as an individuated consciousness. This Source is variously referred to as Brahma, God, Allah or the ‘I AM’. Other religions including Buddhism do not believe in a personification of God but acknowledge divine incarnations, those who serve humanity as enlightened beings. The ‘I AM Presence’ of sacred scripture is the spark, a divine essence present within each soul. Human consciousness is dual, comprised of form and formlessness, the soul residing intermittently within etheric dimensions between lives. The lower aspect takes form in the lower register of the physical world as the ‘soul personality’ to gain evolutionary progress through experience.

Descent of the Soul: According to esoteric tradition  the soul links to the foetus while in the womb,through a 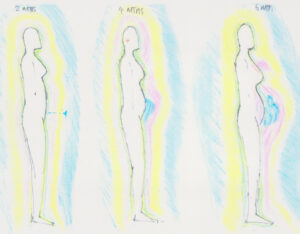 developing subtle energy field of chakras and meridians. Opinions differ as to when this occurs. ‘Other life memory’ is encoded at the cellular level and within a memory sheath encapsulating mental/emotional frequencies governing cognitive and sensory faculties.  Together these fields morph into an interactive unit, of body, mind and spirit to provide vehicles of  locomotion, thought, feeling and perception.

The soul expressed as human consciousness retains an energetic connection with its divine origin through the heart chakra.  During pregnancy the heart begins to beat at 22 days gestation, followed by active foetal blood circulation by the end of week 4. In esoteric tradition, this is believed to be the impulse from the ‘I AM Presence’ maintaining connection through the mediation of the ‘Higher Self’, the aspect of consciousness which holds the accrued wisdom of perfected lives.

Guidance and Free Will:  The Higher Self overshadows the soul on Earth via morphogenetic planetary fields of radiating light, however, the lower consciousness can only be guided in accordance with Free Will.  In order to make sense of the physical environment , the soul is first directed by the Intellectual cognitive consciousness (the lower mental)  which corresponds with the ego or self identity. Immersion in the gross vibration veils the higher perception, resulting in identification with the physical body and the material world. Dependent upon its evolutionary progress, the soul may become increasingly enmeshed believing this to be the true reality. With an increasing focus upon the material world, the connection with the Higher Self is eroded, resulting in agnosticism or atheism, a complete denial of spiritual identity. The soul is then governed by the intellectual lower intelligence or egoic consciousness.

Sleeping Souls: Those who have not yet awakened to their true reality are described as ‘sleeping’, when a soul awakens and seeks greater spiritual understanding, connection is made with the ‘Higher Self. Optimum opportunities, often described as ‘serendipity’ or

coincidence, then arise in the physical world through significant meetings or experiences which provide alternative choices. Intuitive faculties can then develop to assist the unfolding of higher awareness. Where spiritual awareness is maintained, the Light core at the centre of the physical body ignites and expands absorbing and recalibrating the vibratory frequency through a process of transmutation. If there is continued application through continuous alignment a partnership evolves between the lower and the higher consciousness to allow increased awareness of a Life Plan to nurture purpose and function.

Downloading the Data:  The Akashic Record described by mystics and sages refers to a cosmic field which holds the record of of all that has happened in the Universe, a Cosmic databank which conserves and conveys information. This field correlates with the Zero Point Field lately discovered by science. Quantum science is now confirming the morphogenetic fields initially proposed by biologist Rupert Sheldrake as collective data banks of recorded experience. It is a fact of physics that energy fields are unbounded, this means that human energy fields extend indefinitely beyond Time and Space and are not limited by the body or the brain.  Soviet scientists from the Bio-information Institute, headed by A. S. Popow, measured the bio-currents manifested in the energy surrounding the human body which they called the “bio-field”. They discovered that living organisms emanate vibrations at a frequency between 300 and 2,000 nano-meters, evidencing that a strong and widespread bio-field can transfer energy more successfully. (the principle behind spiritual healing.) 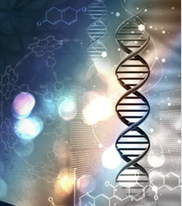 Research now shows that these informational data banks of sub atomic particles carry genetic patterns, including DNA, which act like energy templates to carry the genetic data required to generate cellular activity at the subtle level, with subsequent biological genetic imprinting. Morphogenetic fields are derived from a body’s own past actions and from the structures and actions of ancestors.   A pattern holds the collective record of human evolution, imprinting mankind at a sub conscious level, an explanation of Carl Jungs’ theory of the Collective Unconscious. The individual soul is therefore imprinted with both a collective and a personal history relating to past incarnations, this is the karmic sheath  of the auric field through which the memory of other lives is passed. A morphogenetic field is therefore a pattern of information that determines behaviour.

Physical death: With the death of the body, physical matter disintegrates and dissolves, the imprinted molecular structure of the subtle energy fields is retained as a ‘light body’ and returns to the astral dimension. The mental/emotional field retains the samskaras’ (imprints) recorded in the memory body which then gravitates to receive deeper understanding through the Life Review. This is the intermediary astral plane plane accessed by mediums and psychics, which allows for contact with deceased relatives. It is also the dimension described in ‘Near Death’ and ‘Out of Body Experiences.’ When the cycle of instruction has been completed, the Higher Self then draws upon the sub atomic residual particles of experience to initiate a new vehicle and rebirth occurs. In this way an opportunity is provided to meet once again with souls previously encountered to resolve differences or to complete unfinished tasks. The Law of Karma – Cause and Effect is enacted through the continuity of consciousness.

Ascension of the Soul: 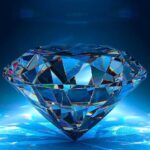 The soul evolves through a process of refinement, an evolved soul continues the journey in service to others, overcoming increasing challenges to gain wisdom and compassion. The consciousness of such a soul remains connected to the Higher Self accepting guidance as it moves between the planes to guide the soul personality. This evolutionary process occurs through a continuity of lives in accordance with a predetermined Life Plan and purpose which allows for the completion of a cycle of lives. In order to ascend, the enlightened soul relinquishes not only the physical body but the associated residual mental/emotional imprints which dissolve allowing the soul  to merge with the Higher Self. A highly evolved soul having achieved multiple ‘ascensions’  has no requirement for further embodiment. Such a soul then operates from the realm of the ‘I AM Presence’ of Master souls, bodhisattvas and those beings who have elected to serve humanity.

SPIRITUAL MASTERY IS A PROCESS OF REFINEMENT

AN ALCHEMY OF THE SPIRIT

A RETURN TO OUR ORIGINS