Of a global population of 7.8 billion the pandemic has resulted in an estimated 5 million deaths worldwide with a fatality rate of 3.4%.  To gain  perspective, cardiovascular disease is the leading cause of death globally, taking an estimated 17.9 million lives each year, cancer is the second with almost 10 million and 5 million people die of stroke annually.  The numerous complex factors in deciding how best to manage the pandemic has led to uncertainty, fear and anxiety with anger directed at governments. After two years, statistics are showing some surprising results. We are repeatedly told that governments are guided by the science and their medical advisors, as they ponder the options let us hope they will give equal value to the statistics which raise many questions. 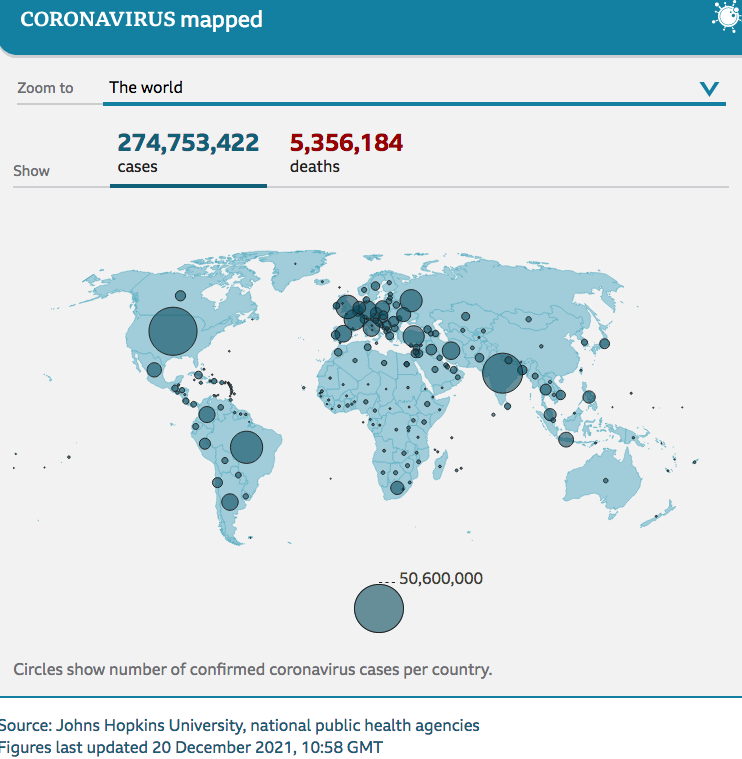 VACCINATION MAP HIGHLIGHTS THE DISPARITY BETWEEN WEALTHY AND UNDER DEVELOPED COUNTRIES. 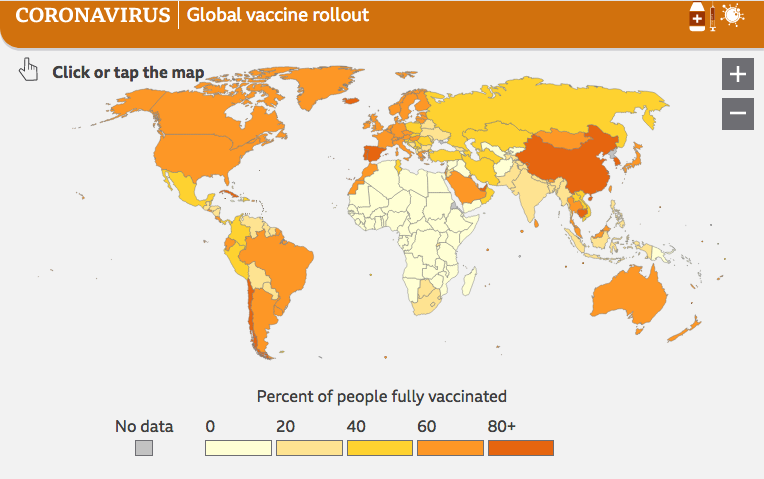 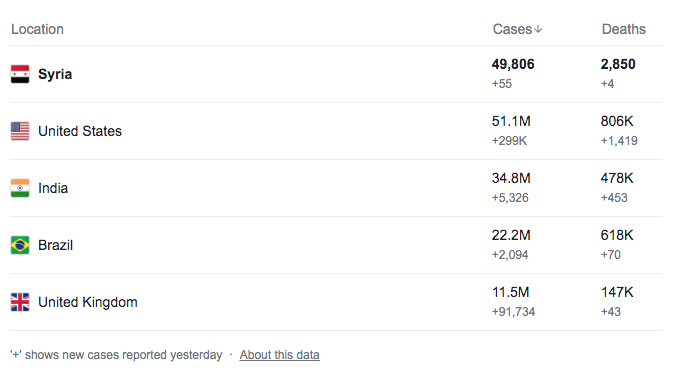 AFRICA a continent of 54 countries and 1.3 billion people has seen 9,205,000 confirmed covid cases with 226,000 deaths. According to the World Health Organization only 7.5% of the continent’s population, are fully vaccinated. In the early days of the pandemic it was suggested that the impact on African countries could be “catastrophic” because of the “inadequate healthcare systems and personnel”. Others said that even if restrictions were imposed, the number of people infected in many

African countries could be between two-fifths to a quarter of the population in the first 12 months. In fact this did not occur. Africa has had fewer deaths than the UK, which has a population about a 20th of the size.

November 22, 2021, by country.  Nigeria has the highest population with over 213 million people and only 2,974 deaths, 97.15% remain unvaccinated.  South Africa with a population of  59.31 million is the most affected African country with 3.32 million confirmed covid cases and  90,453 deaths at December 2021. The WHO state 26.3% of the population of South Africa are vaccinated.

The International Journal of the Economics of Business :

‘An examination of over 100 Covid-19 studies reveals that many relied on false assumptions driven by theoretical models that  over-estimated the benefits and under-estimated the costs of lockdown. The most recent research has shown that lockdowns have at best had a marginal effect on the number of Covid-19 cases.’

‘The pandemic has dominated not only the daily lives of ordinary people, but also the economic reality within which most businesses have been forced to operate. Lockdowns and the reactions to them, have had consequences for consumer demands, supply chains, profitability, and the redistribution of wealth. The average citizen and business person has had to trust that such a blunt and destructive policy tool was justified in the face of a novel viral pandemic.’