Following the New York court decision that Prince Andrew must answer to charges related to sexual abuse of a minor, the news that Andrew has been stripped of his honorary military titles and will no longer be referred to as ‘His Royal Highness’ was greeted with wide approval. 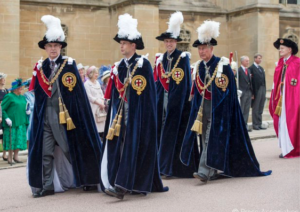 He remains a ‘Knight Companion of the most noble Order of the Garter’ the highest Order of chivalry in the UK and retains numerous other titles.

THE NEWS THAT TONY BLAIR IS TO JOIN PRINCE ANDREW AS KNIGHT COMPANION OF THE ORDER  WAS MET WITH A PETITION SIGNED BY ONE AND A HALF MILLION PEOPLE REQUESTING THE KNIGHTHOOD BE RESCINDED. THE PETITION HAS BEEN DISMISSED BY PARLIAMENT WHICH IT SEEMS HAS NO AUTHORITY OVER HONOURS BEQUEATHED..

What conveniently short memories there are for some, millions despise Tony Blair for his lies and duplicity over Iraq.The distinguished investigative journalist John Pilger, recipient of multiple awards  and numerous honorary doctorates commented: “The contempt in which Britain’s elite holds the public has never been more eloquently expressed than in the decision to award Tony Blair the highest order of knighthood. One million Iraqis dead, three million dispossessed, a trail of blood to 7/7.  Rise Sir Tony!”

The first priority of monarchy is to serve the people rather than to elevate its members to preserve its own position. The Order of the Garter is awarded for life unless a knight or lady companion offends against certain “points of reproach”.  We might be forgiven for asking exactly what constitutes ‘points of reproach’ for those who ‘reign over us’. As Prince Andrew refuses to answer to accusations of sexual abuse and his involvement with not one but two convicted  sex traffickers, some may also question  the new appointment of Camilla Duchess of Cornwall as a Royal Lady of the Garter for ‘services rendered to the Crown’. Camilla almost did a better job than Wallis Simpson in once destabilising the monarchy. A potential constitutional crisis is anticipated by many when the true feelings of the public are tested regarding the future accession of Prince Charles to the throne.

While it is easy to believe that ceremonial spectacle is no more than a  gesture it is in fact an impressive reminder of the centuries old hierarchical power structure still intact in the UK in 2022. Each year Royal Knights and Ladies of the Order of the Garter gather at St 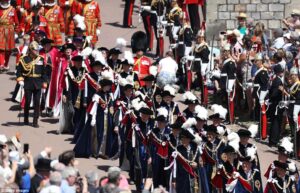 George’s Chapel in Windsor dressed in blue velvet mantles, red velvet hoods, black velvet hats with white ostrich plumes, for a colourful procession and ceremony. The Garter is worn on ceremonial occasions around the left calf by knights and around the left arm by ladies.   Founded in 1348 by Edward III, the garter is awarded by the sovereign for outstanding public service and achievement. It is said to have been inspired by events at a ball in northern France, attended by the king and Joan, Countess of Salisbury who it is believed dropped her garter, causing laughter and some embarrassment. The king, however, picked it up and wore it on his own leg, uttering the phrase “Honi soit qui mal y pense” – “Shame on him who thinks this evil” – now the order’s motto.

In 2003 the voices of millions who marched to protest about the pending invasion of Iraq were ignored as once again it is ignored in the petition request. Times however are changing. For the monarchy to survive it must reflect the attitudes and behaviour of the majority of the people. 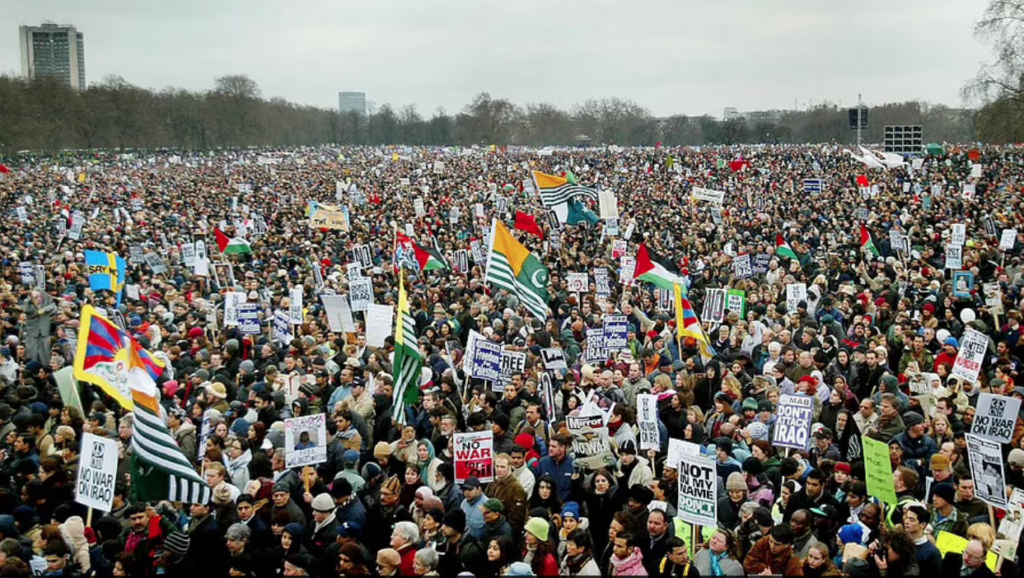