The commercialism of Christmas is highlighted in this year of the pandemic for our true priorities are revealed as we try to decide whether shared festivities, parties, shopping and presents take precedence over safeguarding the lives of those we love.

Today, only around 51% percent of people in Europe are Christian, with 65% in the US. For them and many others Christmas is the celebration of the birth of Jesus Christ  – Christ Mass. Those who believe that Christianity simply high jacked pagan traditions, might consider a different perspective…The melding of pagan beliefs with Christianity provided an interface, ensuring the teachings of Jesus Christ were heard, however imperfectly they were understood, interpreted and recorded. Whatever our beliefs Christmas remains the unique point on the calendar when the spirit of good will prevails. In an increasingly secular world Carol concerts and midnight mass 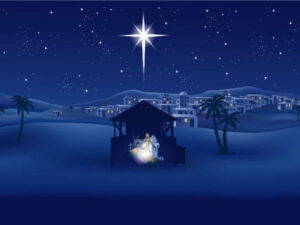 have given way to eating, drinking, parties and shopping with little or no reference to the Nativity story as Christmas becomes Xmas. Christmas trees and lights represent a time to forget about the long dark days, an opportunity to celebrate with friends and family, reminiscent of a pagan past with elements of Christian and folk traditions interwoven.

Yule tide celebrations and traditions at the winter solstice predate Christianity by thousands of years. The name Yule is derived from the Old Norse HJOL, meaning ‘wheel,’ to identify the moment when the wheel of the year is at its lowest point, ready to rise again. Originally a Nordic tradition, Yule the name of the old Winter Solstice was celebrated in Scandinavia and other parts of northern Europe and Germany. The Yule Log, the origin of todays Christmas tree was originally an entire tree, that was carefully chosen and brought into the house to decorate. Yule marked the return of the God Baldur from the realm of Hel and the loosening of winter’s grip on the frozen Earth. Numerous references to Yule in  ancient accounts testify to how Yule was celebrated by giving gifts, feasting and dancing.

Around December 20-23 each year, the North Pole is tilted at its furthest point  from the sun, bringing the shortest day and longest night of the year in advance of Christmas. Cosmic cycles have  long been recognised and celebrated by indigenous peoples and those who honour the seasons. One of the most important and well-known features of Stonehenge is its alignment on the midwinter sunset-midsummer sunrise solstitial axis. The prehistoric Stonehenge monument in Wiltshire, England is the site of the most famous winter solstice celebration, led by Druids. 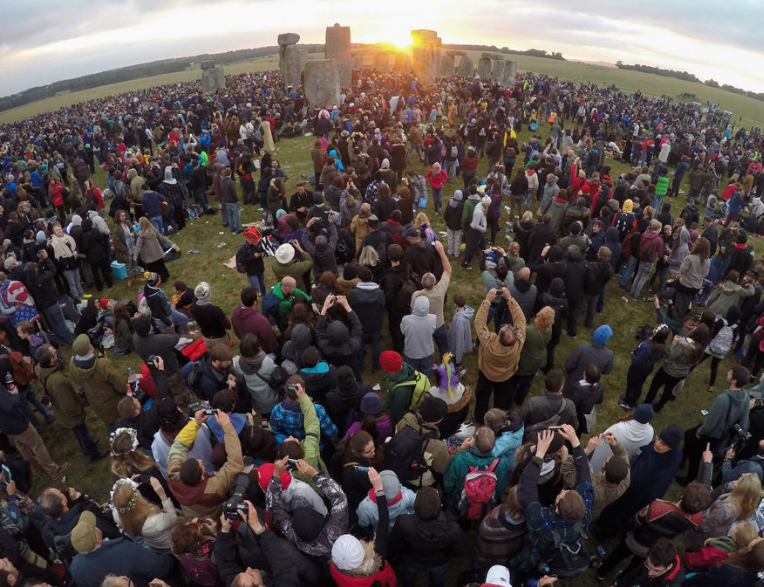 To the Druids, Holly was one of the symbols most associated with the Solstice festival. Oaks were seen as sacred and the winter fruit of the mistletoe was a symbol of life in the dark winter months and also of fertility (the reason we kiss under it).  Directly at the solstice sunset, Druid priests would cut and bless the mistletoe that grew on the oak tree. Later Pagan traditions spread by the Roman empire included bawdy partying, eating and drinking  in the festival of Saturnalia, the worship of Saturn the sun god. Romans covered their houses in ivy, decorating doors and windows in the belief it would ward off evil spirits.

In Sweden, people regarded the Yule goat as 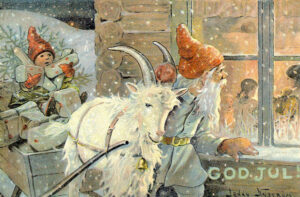 an invisible spirit that would appear some time before Christmas to make sure that the Yule preparations were in place. Traditionally the yule goat was supposed to deliver presents, men dressed up as the Yule goat to give gifts to their families. The origins go back to ancient Pagan festivals, some believe the celebration of the goat is connected to worship of the Norse god, Thor, who rode the sky in a chariot drawn by two goats. In time, the role of holiday gift giving was symbolised by  gnomelike, goat-riding Christmas elves who delivered gifts to sleeping children…the beginnings of the Santa story.

Christian concerns that the Christmas festivities reflected pagan traditions led to the transition from the yule goat to the reindeer who pull Santa’s sleigh. ‘Reindeer’ is an ancient Norse word believed to mean ‘horned animal.’ For centuries reindeer have been associated with Christmas and winter festivities, particularly in Scandinavia and across Eastern Europe, a more acceptable image to Christians than the goat with its demonic Christian interpretation. 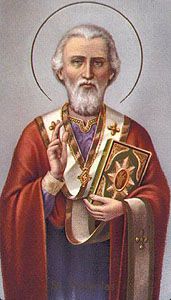 Poets and writers of the 19th century  revived  the legend of St Nicholas in an effort to  create a family focussed festival. Saint Nicholas of Myra was an early Christian bishop of Greek descent born  in 270AD, the time of the Roman Empire in what is now modern day Turkey, . After his parents died, Nicholas is said to have distributed their wealth to the poor, his lifelong habit of secret gift-giving gave rise to the ‘Santa Claus’ we know today.  St Nicholas was later cast into prison during the Christian persecution by the emperor Diocletian but was released after the emperor Constantine  declared Christianity the State religion. An early list makes him an attendee at the First Council of Nicaea in 325 and one of the bishops who signed the Nicene Creed, recited daily today in every Christian church in the world. Nicholas is reputed to have had a long white beard and wore red robes, he is the patron saint of children and of those suffering economic struggles, particularly relevant today.

In 1821 an anonymous illustrated poem entitled “The Children’s Friend” melded the generosity of the Christian saint Nicholas, stripping him of any religious characteristics and  dressing him in red suit with a grandfatherly beard.  In 1823 Clement Clarke Moore wrote “A Visit From St. Nicholas,” also known as “The Night Before Christmas,” for his six children. It described  a plump jolly grandfather figure and referred to a “miniature sleigh, and eight tiny reindeer.”  In 1939 ‘Rudolph’ became the ninth reindeer, first introduced in  a children’s book by Robert L. May.  Presents became a major focus, adding to the commercialisation of Christmas. 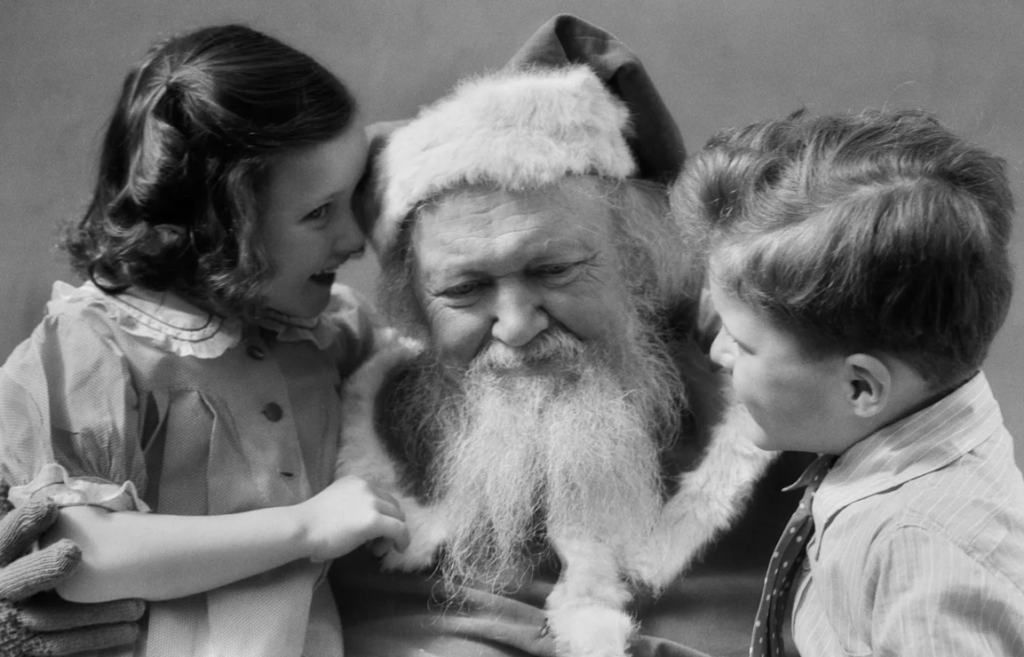 We do not need to accept the orthodox view of the life  of Jesus in order to believe in his words which are never more profoundly needed as we celebrate this Christmas.

“Do unto others as you would have them do unto you”

They will assist us in deciding whether to place ourselves and others at risk for the brief, questionable pleasure of shared company with family and friends. Perhaps it will only be when we can consider the welfare of strangers as importantly as our friends that the pandemic will be over.