IT IS A MEASURE OF THEIR EGO AND ARROGANCE AND A BELIEF THAT THEY ARE ABOVE THE LAW WHICH MAKES CURRENT DENIALS  RELATED TO SEX TRAFFICKING BY THE RICH AND FAMOUS, EGREGIOUS.

Sexual abuse of minors remains a universal social taboo, the effects are lifelong and often catastrophic, leaving victims powerless with families destroyed. Perpetrators skilfully target victims, deploying a panoply of grooming techniques to ensure their silence is maintained. Sexual abuse is universally the most under reported crime, it is almost impossible to secure a rape conviction.  In the United States the  FBI estimate that 31% of rape cases are reported to police. Of these  only 5.7% lead to arrests, 1.1% are referred to prosecutors with  0.7% convicted and 0.6% incarcerated. In England and Wales despite rape claims rising from 35,847 to 57,882 during the last four years, the number of people prosecuted has fallen to an all time low with only 3.3%  ending in a conviction. Where the perpetrators enjoy celebrity status, wealth and privilege the odds of prosecution are further diminished.

A PLEA FOR SUPPORT 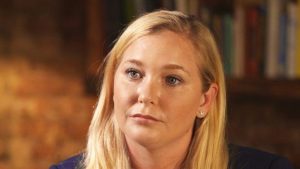 Virginia Guiffre’s BBC interview (recorded before Prince Andrew’s interview) has raised more questions for him to answer. New accusers now coming forward are confirming Prince Andrew’s involvement with Epstein.  In order to clear his name it would be a simple matter for the Duke of York to offer his assistance to US lawmakers, something he has consistently refused to do. Ms Guiffre is asking that people believe her account saying that this is not a sex story but one of trafficking with conduct unacceptable by a member of the royal family. Her account has remained unchanged since the court case of 2005 despite the passage of time and much pressure to withdraw her allegations. She now works with survivors of trafficking through her Foundation.

The natural response to trauma is to recoil, to run to safety.  Where physical retreat is not possible, the mind and emotions retreat in order to endure what can not be avoided.  It is described by victims as a freezing/numbness, or ‘out of body experience’ which blocks the thought processes. This is a physiological attempt to block out the events. Survivors experience fear and powerlessness, a sense of being trapped with the effect compounded if the abuse is repeated. Long after the event has passed, the mental/emotional blockage remains, resulting in confusion and an inability to process the experience in any meaningful way. Often the only way to deal with such trauma is denial, a self protective mechanism of the mind in order to minimise further trauma.

Memories of sexual abuse are frequently recalled as fragments which are not chronological, further compounding effective allegations through the court system. Deep seated trauma fragments the memory and the ability to piece together events which have occurred, these are often blotted out temporarily or even permanently.  Sequential memory, the ability to place events in the order in which they occurred, requires that the events are first recalled, a traumatic experience in itself, demanding a readiness to commit to therapy. Whether a single act or continuous abuse over decades, sexual abuse is rarely disclosed until many years after the event and often never at all, due to fear of consequences, a fact now acknowledged by international judicial systems.

The recruiter or the abuser will take advantage of confusion, offering friendship and support to enable further encounters. The recruitment and grooming of victims, is skilfully managed and orchestrated to achieve the desired effect i.e. to gain the trust of the victim. Doubts and uncertainties are skilfully assuaged, building increased confidence first in the recruiter and then in the abuser. The aim is to over ride the natural instinct to avoid risk. Questionable situations, friendships etc are presented as normal and beneficial, inducements are given including friendship, attention and gifts to convince the victim of the abusers regard. Once  inherent safeguards are broken down, there is a mental collapse which prevents escape, at which point the abuser manipulates the environment to maintain control, often escalating the abuse to include threats and blackmail.

IT IS ONLY THROUGH THE HEARTBREAKING PERSONAL STORIES NOW EMERGING THAT WE CAN BEGIN TO GAIN A SENSE OF THE INCALCULABLE SUFFERING AND LOSS ENDURED BY EPSTEIN’S VICTIMS. WHAT THEY HAVE LOST CAN NEVER BE REGAINED, THEY DESERVE TO BE HEARD AND COMPENSATED. 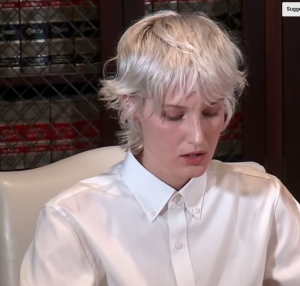 “I only knew Jefrey Epstein for 5 days during a trip to Zorro Ranch. Epstein took my sexual innocence in front of a wall of framed photographs of him shaking hands and smiling with celebrities and political leaders. I was only 15 years old”

AFTER, HE WANTED TO TALK WITH ME ABOUT WHAT HAD BEEN MY FIRST SEXUAL EXPERIENCE AND DIRECTED ME TO TAKE TIME TO MYSELF THAT NIGHT TO CRY, HE SAID THAT WOULD BE BENEFICIAL TO MY GROWTH.

I had no idea how to respond to a billionaire who had just raped me. After my return to Michigan I was contacted by one of Jeffrey Epstein’s assistants and invited to his island and told that Prince Andrew among others would be a guest. I declined the invitation out of fear. I had only experienced a glimpse of Jeffrey Epstein’s world but it left me with residual trauma which seriously impacted the trajectory of my life from that moment on”

The teenager went to Epstein’s New York apartment, a maid answered door, she was taken upstairs to a small room with a massage table, as the door shut  she was left alone and felt trapped. Epstein entered, he initially made small talk during the massage, which then became sexual. She froze and felt unable to leave, complying with his instructions. He then handed her money and left, the maid let her out. She was contacted a couple of days later with a further invitation but the teenager had already suffered a breakdown.  A constant anxiety state led to a complete inability to function, talk to people or tell her parents;  substance abuse, suicidal thoughts and manic depression led to years of therapy and her eventual disclosure.