The much publicised sexual abuse by Catholic clergy has increased awareness of sexual abuse within other denominations including the Anglican church. Pedophilia is a complex psychosexual disorder which  involves sexual 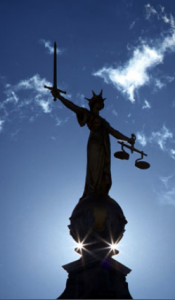 domination of minors, the worst abuse of power. Many of those who practice this aberration utilise  hierarchical power systems to avoid detection; perpetrators exist within  the Justice and legal systems and the police force, effectively impeding successful prosecution.  When the Crown Prosecution Service is investigating wrongdoing by a church hierarchy which is itself inextricably  linked to the State, as it is in the UK  (the Queen is Defender of the Anglican Faith) a virtually impenetrable web of denial and obfuscation can arise.

A UK independent Inquiry heard that members of the establishment, including the heir to the throne, the then archbishop of Canterbury and a senior member of the judiciary along with many others, supported Peter Ball a Church of England bishop first accused of sexual abuse in 1993. An independent review of the case commissioned by the Church of England and published last year found evidence of collusion and a cover-up at the highest levels.

Former Archbishop of Canterbury, now Lord Carey has admitted “fobbing off” victims of sex abuse who complained about a paedophile bishop, arguing repeatedly that it was not the church’s role to investigate his crimes “All of us were saying at the time – ‘well he wasn’t raping anyone, it wasn’t penetrative sex’. Young men and their parents told the Archbishop’s office that Ball had 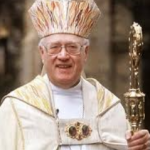 Ball accepted a caution and resigned as a bishop. Over the next five years he was allowed to return to an active position in the Church, eventually performing 25 confirmations and gaining the same status as a retired bishop.

The hearing heard from three survivors who described their abuse by Ball. Phil Johnson, who claims Ball abused him when he was 13 years old, said it looked like a deal was done between the Church of England, the Director of Public Prosecutions and the CPS.  The Rev. Graham Sawyer said: “The sexual abuse that was perpetrated on me by bishop Peter Ball pales into insignificance when compared to the enduringly cruel and sadistic treatment that has been meted out to me by officials, both lay and ordained, in the Church of England.”  He described the culture within Anglicanism as an “ecclesiastic protection racket – and anyone who seeks in any way to threaten the reputation of the church and institution has to be destroyed”. Safeguarding should be taken out of the church’s hands he said, as “it cannot police itself with any credibility”. 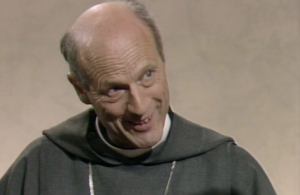 the monastic life, this gave him the opportunity to groom them for sexual abuse.

Todd made the first allegations against Ball to the police in 1992. Many dozens of high profile people campaigned to support the bishop and in March 1993 despite his confession of guilt.  Ball avoided a trial by accepting a police caution for one count of gross indecency.  He agreed to resign as bishop on the grounds of ill health but  continued as a Church of England priest until 2010, serving in ministry in 17 private schools.At the time, the CPS claimed that it had “substantial and reliable evidence” to prosecute Ball for indecent assault and gross indecency during the first investigation but ultimately handed down the caution.  It subsequently emerged that Ball had cited his royal connections, the bishop’s lawyers had claimed to have a ‘letter of support from a member of the Royal Family’, who was not named. In documents unearthed by the BBC. Retired police detective Wayne Murdock is said to have discussed with Ball’s legal team ‘the need to prevent a scandal, especially as Peter was a frequent visitor to Sandringham and is friendly with Prince Charles’.

As Bishop of Gloucester, Ball’s diocese covered Charles’s country home, Highgrove and the prince was among the guests at his enthronement as a bishop. Ball, a charismatic figure, refused to wear the ceremonial purple of a bishop in favour of simple, monastic robes, sleeping on the floor and taking vows of celibacy.  Eight months after the enthronement he was arrested.   Prince Charles has told the Enquiry: “Peter Ball told me he had been involved in some sort of ‘indiscretion’ which prompted his resignation as my local bishop”. Prince Charles remained friends with the ex-Bishop for over two decades after he accepted the caution for gross indecency, inviting him to his home at Highgrove to give holy communion a number of times from 1993. In 2006 Ball was invited to read the homily at the funeral of the father of Camilla Parker Bowles. The Prince told the Enquiry that  he did not know about the nature of the original complaint against Ball and had not appreciated the meaning of a caution i.e. the acceptance of guilt.  A lawyer for some of the former bishop’s victims has said Prince Charles’s assertion that he did not understand the significance of a caution was “frankly astonishing” as the prince has access to “the best legal advice that money can buy,”

Prince Charles subsequently wrote many letters to Ball. 1994:  “I saw the Archbishop the other day and he told me he is trying to bring you back to a public ministry”.  1995:  “ I wish I could do more. I feel so desperately strongly about the 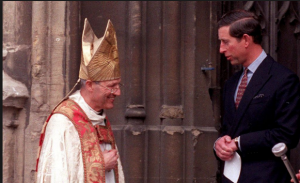 monstrous wrongs that have been done to you and the way you have been treated. It’s appalling that the Archbishop has gone back on what he told me, before Xmas, that he was hoping to restore you to some form of Ministry in the Church.  In his letters Charles discusses that he had followed up a request for accommodation. “I am so glad that [X] has been in touch as I requested. I pray the Duchy will be able to find something suitable for you both in due course but it may take a little time to locate it! I long to see you both settled somewhere that suits you and gives you peace and tranquility – and not too far from here so you can come over more easily”.  The ‘Duchy’ referred to is The Duchy of Cornwall Estate  covering 52,971 hectares of land across 23 counties.

A rented cottage was made available to Ball and his twin brother (also a bishop) for several years. A spokesperson for the Prince stated that the transaction was with the Duchy and not with Prince Charles however the Prince of Wales  as Duke of Cornwall holds the legal title to Duchy of Cornwall properties, the law requires that his name appears on the deeds, the transaction was therefore with him.    1997: ” I can’t bear it that the frightful, terrifying man is on the loose again and doing his worst… I was visiting the vicar… and we were enthusing about you and your brother and he then told me that he had heard that this ghastly man was up to his dastardly tricks again…. “I’ll see off this horrid man if he tries anything again.”

2009: Ball showed no remorse and wrote to Charles bemoaning his status as a registered paedophile:   “I am now nearly a broken man, because of what the Church has put me through …They have smashed me with a bully of an Assessor from a Child Protection Officer and no pastoral care, except two nice letters from the Archbishop.  Suddenly, I am not allowed to baptise, or go to any parish without informing the Church Warden that I had a caution all those years back…Ball included a letter that set out he was being risk assessed.  In May 2010 “I have been told that I may not minister at all when we move, nor may I worship anywhere without signing a Declaration for the Protection of Children.

In 2011 the police reopened the enquiry into Peter Ball and a flood of victims came forward with allegations; Ball was again supported by  some of the most powerful people in the land.  2012:  A Ball wrote to the Prince informing him that the police were reopening their enquiries and in 2013 a royal aide contacted the chief constable of Sussex Police to ask whether information gathered during its investigation could ‘be embarrassing to Prince Charles or the monarchy in general’. In 2015, the full extent of Balls crimes were exposed at his Old Bailey trial, made worse by the shocking truth that he had been protected by Cabinet ministers, the Royal Family, MPs, JPs,  a Lord and perhaps most chillingly, by the Church of England hierarchy up to and including the Archbishop of Canterbury.  Neil Todd  was so tormented he made three failed suicide attempts before dying at the age of 38, before the trial.

In his written evidence to the Court Prince Charles refused to elaborate on his comments ‘I will see off this horrid man if he tries anything again’  at the time of the sexual misconduct claims. He  told the Enquiry that he ‘cannot shed any light’ as he cannot remember who he was referring to.  In lengthy discussions Charles’s lawyers and  his legal 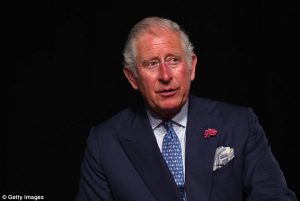 team initially argued that the future king could not be compelled by the Enquiry to give evidence in person or to make a written statement as this was outside their authority. Instead the Prince agreed to submit a letter  setting out his understanding of the events. Scorer added, ‘His evidence, together with that of Lord Carey, the then archbishop of Canterbury, and other establishment figures who have given evidence this week, will do little to dissuade survivors from the conclusion that the British establishment aided and protected Ball and even now have failed to give a transparent account of their actions.

As so often before we are left to consider the broken lives in the aftermath of lies and deceit by those privileged by wealth and status who are entrusted with the welfare of others. More importantly we should ask the question ‘Why would those who many consider to be above reproach, close ranks, risking everything to support a paedophile?’ Until this question is addressed we can expect that some will continue to use power and privilege to maintain secrecy and protect self interest.In a pre Christmas email the brothers notified friends that they will not be sending Christmas cards this year as ‘the battering by the church have totally wearied and reduced us’. They announced that ‘we will probably be joining the Roman Catholic Church soon‘ as they would like to ‘end our days in a church where we can live and worship in anonymity and without constant fear.’  What an indictment of that church!

Post script:  In 2017 George Carey former Archbishop of Canterbury resigned following the independent report which found that he had ‘colluded with Peter Ball’ rather than help those harmed. Careys right to officiate as a priest was later revoked when it emerged that other abuse had been covered up. John Smythe QC a well known British barrister had abused boys attending Christian summer camps run by the Church of England, none of which was reported. Smythe was warned off and left for Zimbabwe where he set up similar camps and perpetrated sadomasochistic abuse. An enquiry carried out by a Church of England vicar in 1982 states that eight  boys received a total of 14,000 lashes, with two sharing 8,000 strokes over a three-year period.The abuse was not reported to the police. In 1997 Smythe was charged  in connection with the killing of one boy and of the abuse of others.The trial collapsed.