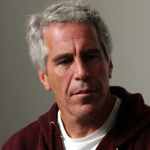 A VIRTUALLY IMPENETRABLE WEB OF DENIAL AND OBFUSCATION CAN ARISE WHEN A MEMBER OF THE ROYAL FAMILY IS  IMPLICATED IN SCANDAL. WHILE NOT AVERSE TO INTERVENING TO AFFECT A PREFERRED OUTCOME, THEY ARE ADEPT AT EXEMPTING THEMSELVES FROM COMPLYING WITH THE LEGAL REQUIREMENT TO ASSIST POLICE INVESTIGATIONS.

There is precedence for Prince Andrew’s reluctance to provide a statement to assist investigations into a sexual predator and his continued friendship after the trial. 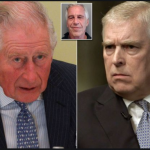 In 2015 Prince Charles, along with Cabinet ministers,  MPs, JPs, a Lord and the Church of England hierarchy  (including the Archbishop of Canterbury) were implicated in a ‘cover up’ of the investigation and trial of Anglican bishop, Peter Ball, found guilty of the sexual abuse of minors. First accused in 1993, Ball had cited his royal connections, claiming to have a letter of support from the Prince of Wales. Retired police detective Wayne Murdock discussed with Ball’s legal team ‘the need to prevent a scandal, especially as Peter was a frequent visitor to Sandringham and is friendly with Prince Charles“. Ball  received only a caution for gross indecency against a 16 year old trainee monk and agreed to resign as bishop.’ 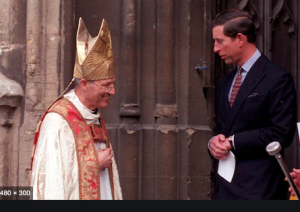 his home at Highgrove to give holy communion a number of times from 1993 and to read the homily at the funeral of the father of Camilla Parker Bowles in 2006.  The Prince of  Wales  subsequently wrote many letters to Ball. 1994:  “I saw the Archbishop the other day and he told me he is trying to bring you back to a public ministry”.  1995:  “ I wish I could do more , I feel so desperately strongly about the monstrous wrongs that have been done to you”  When Ball informed the prince that Neil Todd was still pursuing his accusations, Charles wrote: ” I’ll see off this horrid man if he tries anything again”  A rented cottage was made available to Ball and his twin brother (also a bishop) for several years on the prince’s estate.

In 2011 police reopened the investigation into Peter Ball and a flood of victims came forward with allegations. Ball wrote to the Prince informing him that the police were reopening their enquiries and subsequently a royal aide contacted the Chief Constable of Sussex Police to ask whether information gathered during its investigation could ‘be embarrassing to Prince Charles or the monarchy in general’.  As the trial approached the prince was asked what he had meant by the statement  ‘l’ll see off this horrid man if he tries anything again”.  Charles’s lawyers and his legal team argued that the future king could not be compelled by the Enquiry to give evidence in person or to make a written statement as this was outside their authority but in a written submission to the inquiry, expressed “deep personal regret” for trusting Ball when initial reports of abuse emerged, years before he was jailed.

At his trial in 2015 Ball was again supported by some of the most powerful people in the land, the ex Bishop of Lewes and Gloucester was jailed after pleading guilty to a string of sex offences and sentenced to 32 months for sexually abusing 18 teenagers and young men, “using “religion as a cloak”. Neil Todd had been so tormented, he made three failed suicide attempts before dying at the age of 38, before the trial. The former Archbishop of Canterbury quit the church as a result of the cover up. Ball was released in 2017 after serving 16 months and died in 2019.

THE EVENTS MIGHT SERVE AS A SALUTARY REMINDER THAT IT IS THOSE WHO CHOOSE TO LOOK THE OTHER WAY, FOR WHATEVER REASON, WHO ARE AT BEST ENABLERS AND AT WORST CO CONSPIRATORS PERPETUATING THE SUFFERING OF THE INNOCENT.