JUDGE ORDERS  HUGE CACHE OF COURT DOCUMENTS RELATED TO THE SEX TRAFFICKING COURT CASE BROUGHT BY VIRGINIA ROBERTS  GIUFFRE AGAINST JEFFREY EPSTEIN IN 2015 TO BE UNSEALED.  HOURS LATER EPSTEIN WAS FOUND UNRESPONSIVE IN HIS MANHATTAN JAIL CELL, THE DEATH ATTRIBUTED TO SUICIDE.

The papers are expected to reveal the names of numerous men in powerful positions including politicians, academics, financiers and royalty.  There is 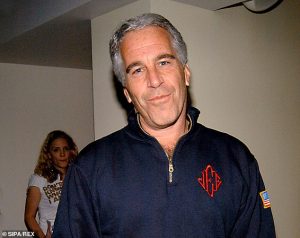 reason to suppose that some people wanted Epstein dead, causing the suicide verdict  to be questioned. The FBI have opened an investigation into the long list of reported irregularities and  system failures inside the Manhattan jail which include malfunctioning security cameras, guards falling asleep and screams coming from Epstein’s cell prior to his body being found..

The previous case against Epstein collapsed when he accepted an unusually generous plea deal of 13 months, pleading guilty to soliciting a minor, avoiding federal  prosecution for the sexual abuse and trafficking of under age girls. Epstein was permitted to spend 12 hours a day, six days a week at an office rather than the county jail. Attorney Bradley Turner alleged that Epstein ‘engaged in improper sexual contact’ during his sentence. Two women have stated that at the age of 18 they were brought to Epstein’s office where sexual encounters took place with Epstein naked except for a court ordered ankle monitor. Records of work release visitor logs have gone missing.

EPSTEIN, A REGISTERED SEX OFFENDER WAS ALLOWED 90 PRISON VISITS WITH A WOMAN IDENTIFIED BY PALM BEACH POLICE AS HIS UNDERAGE RAPE VICTIM.

Virginia Giuffre maintains that Epstein’s friend Ghislane Maxwell functioned as a madame, procuring under age girls for sexual exploitation by Epstein.  Giuffre was recruited to train as a masseuse while she worked at Mar-a-Lago, the Florida resort owned by President Donald Trump, where her father had a job in maintenance. Giuffre says the massage work proved to be just a cover for sex work and that she was ‘lent out’ to and ordered to have sex with other high profile men, named in the indictment. The financier used his vast wealth to seduce under age girls, offering to pay for school, to pay rent or to help with their careers. It is alleged that Epstein and Maxwell trafficked girls around the world for the sexual gratification of the power elite, suggesting a blackmail operation.

In a 2015 lawsuit, Giuffre stated that she was recruited by Maxwell to have sex 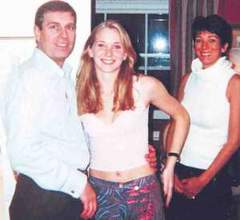 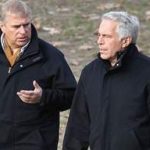 Prince Andrew maintained his friendship with Epstein even after his conviction as a sex offender. The royal prince and Buckingham Palace have issued repeated denials of all claims of sexual misconduct, however there have been previous questionable links to royal association with convicted pedophiles.

Rinaldo Rizzo, a house manager for Ghislane Maxwell’s friend Eva Dubin, stated he witnessed a 15-year-old Swedish girl become visibly upset, “shaking uncontrollably” when she told him how Maxwell demanded she have sex with Epstein while on an island. When she refused Maxwell took her passport and threatened her.  Sjoberg also recalled being punished after giving Epstein a sexual massage in which he did not orgasm, according to the records.

PROSECUTORS CLAIM EPSTEIN RELIED ON THE LOYALTY AND ORGANISATIONAL SKILLS OF HIS EMPLOYEES TO RECRUIT NEW GIRLS, TURNING VICTIMS CAUGHT IN HIS WEB INTO RECRUITERS.

Nadia Markincova was brought to the US by Epstein at the age of 15. A victim report states that ‘Epstein had purchased Marcinkova from her family in Yugoslavia,’  ‘Epstein

bragged he brought her into the United States to be his Yugoslavian sex slave’. He was careful to keep her off any flight manifests until after her 18th birthday.  She participated in sex acts with other victims over a prolonged period and like many victims of sexual abuse she later assisted in procuring girls for Epstein according to court documents. Initially Detective Recarey never sought to charge Marcinkova, likely on account of this information and her age.  A few years later however, Marcinkova was seen as a predator and not a victim by prosecutors, they only agreed to grant her immunity as part of Epstein’s plea deal. There was no mention or record that anyone sought to discuss the rape and abuse Marcinkova endured, or tried to help her seek monetary damages from her rapist

SEXUAL ABUSE IS A COMPLEX ISSUE, COMPOUNDED WHERE VICTIMS ARE UNDER THE AGE OF CONSENT.

The involvement of women as co conspirators in recruiting and coaxing victims into dangerous situations, is a deliberate, effective ploy, designed to create the illusion of safety and acceptable behaviour. Encouraging sexually abusive behaviours in front of, or at the same time as the male abuser, blurs the perception of immature individuals in considering whether this was consensual or sexual assault. Co conspirators  may themselves become perpetrators, engaging in the sexual deviancy and using coercion and manipulation. 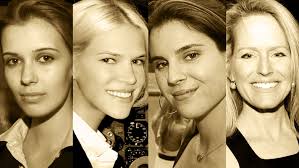 The question of whether to prosecute someone who both suffered abuse and aided their abuser’s criminal activity is a complex one for law enforcement officials, say attorneys familiar with such cases.

Public perception of accusers who have benefitted financially or materially from the abuser is often skewed, the abuse viewed as an agreement beneficial to both.  However these women approached girls in various places including near their schools, offering them the opportunity to make money by giving what they described as massages to an older man. They arranged transportation to Epstein’s residences for girls who were too young to drive themselves and handed cash payments to the girls after their encounters with Epstein.

This goes to the very core of what constitutes sexual abuse of minors, deemed to be under the protection of the law because of their vulnerability.The long term psychological trauma inflicted upon minors includes the distortion of values, often leaving them permanently vulnerable to further victimisation. How much greater the confusion created by those hiding behind positions of power and privilege in society.

THEIR GREATEST WEAPON IS SECRECY AND THE KNOWLEDGE

THAT VICTIMS WILL NOT BE BELIEVED.

“I think the nature of this kind of abuse is that you’re conditioned to be silenced, to be isolated, secretive and shameful,”   Anouska De Georgiou, one of Epstein’s accusers.