EXAMINING THE EVIDENCE FOR CRUCIFIXION AND THE SHROUD OF TURIN

The image on the Shroud is of a man 5 feet 10 1/2 inches tall, about 175 pounds, estimated to be between 30 and 35 years old. The body is covered with scourge wounds and blood stains on the shroud match the wounds described in the biblical account of the crucifixion. The blood grouping is now confirmed as AB, the rarest group shared by only 3% of people worldwide.  Scientists investigating the shroud have now shown a match between pathology, anatomical details of the wounds sustained and the manner of death.

Numerous surgeons and pathologists (including Dr. Frederick Zugibe (Medical Examiner – Rockland, New York), Dr. Herman Moedder (Germany), the late Dr. Pierre Barbet (France), and Dr. David Willis (England)) have studied the pathology. They all agree that the wounds as depicted on the Shroud clearly match the biblical account  of the crucifixion  and that the wounds are consistent with the weapons used by ancient Roman soldiers in Crucifixion. Dr R Bucklin, Forensic Pathologist from Los Angeles County states:  “The evidence of a scourged man who was crucified and died of suffocation is clear cut. The markings on his body are so clear and so medically accurate that they are in my opinion beyond dispute” 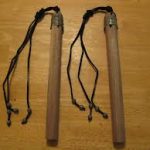 The 120 scourge marks on the front and back, and legs of the man of the shroud match the flagrum or flagellum, a Roman whip which has three leather thongs, each having two lead or bone pellets (plumbatae) on the ends, designed to cut into the flesh. The direction of the lash marks indicate two soldiers were striking him, one on each side.

Iron nails (7″ spikes) were used in the wrist area, the Shroud shows the nail wounds in the 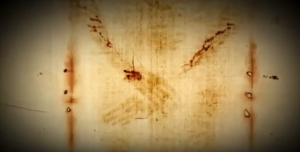 wrists which is anatomically correct. Medieval paintings show nails in the palm of Christ’s hands, this  would not have supported the weight of a crucified body.

The ‘Crown of thorns’ is a unique

signature of the historical Jesus of Nazareth, not found anywhere else in the ancient Roman crucifixion literature (Tacitus, Suetonius, Pliny the Elder or Pliny the Younger) or by Jewish historians (Flavius Joesphus, Philo of Alexandria). 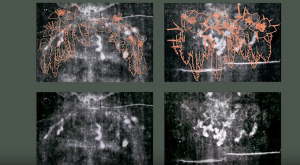 Botanists discovered Ziziphus spina-christi  a flowering thorn, around the head of the man on the shroud, later confirmed by Restitution Geometry (See blog) which identified the distinctive patterning. The sharp thorns matched 15 puncture wounds blood stains on the shroud, indicating piercing of the head, especially at the back, where it would have rested against the cross.

The 5 wounds uniquely  attributed to the crucifixion of Jesus are the nails in the hands and feet and the wound in his side. Roman soldiers traditionally broke the legs 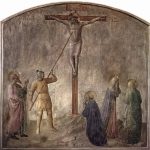 of those undergoing crucifixion, to ensure they were dead before being taken down from the cross. This caused the person to collapse, and death occurred as a result of asphyxia. The biblical account states that when the soldiers came to Jesus they saw that he was already dead and so the legs  were not broken; ‘But one of the soldiers with a spear pierced his side, and immediately came there out blood and water‘. John 19:34. 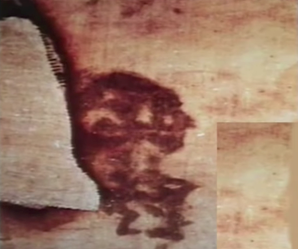 description is now validated by anatomical science: Prior to death, hypovolemic shock, caused by  a decrease in blood and plasma volume, creates a sustained rapid heartbeat causing serous fluid to gather in the pericardium, the sack around the heart. This is called pericardial effusion and the fluid gathering around the lungs is called pleural effusion. The wound is consistent with the lance of the soldier being thrust from ground level upwards, from the right hand side, piercing a lung and rupturing the pericardium, before piercing the heart itself. This explains the ‘blood and water’ which flowed from his side, identified on the shroud  in the area of the wound as serous fluid, pale yellow and colourless, mixed with the red blood stains. Restitution Geometry allows for accuracy of measurement and shows the lance wound (4cm x 1cm)  in the right side of the body matches the spear tip of the Roman Hasta lance. 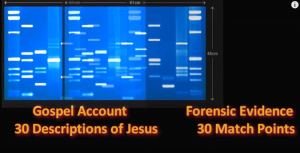 shroud may be seen to act as a physical witness to the events of the crucifixion while the detailed biblical account provides a narrative. In forensic terms the wounds described are a match with those seen on the shroud, confirmed by anatomy and pathology

Science and Divinity – Evidence for The Shroud of Turin

The Sudarium of Oviedo validates the Shroud