Message in the Flowers: The Shroud of Turin is believed by many to be the piece of cloth which wrapped the body of Jesus in the tomb. Debate has continued for centuries as to its authenticity. It is known to have travelled widely through Europe and beyond and said to have been brought to Europe by the Templars. The first 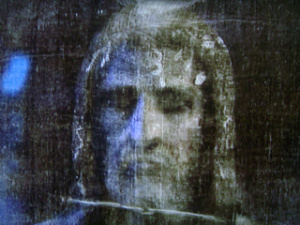 images of the face on the shroud were taken when an amateur photographer developed the photographs he had taken in the cathedral; the negative image clearly showed an image of a face. No trace of forgery or scientific explanation was found. In 1998 the Catholic church gave permission for radio carbon dating to take place and the faith of many was rocked when this was given as 1325. The dating however was later discredited  as the sample of cloth dated was contaminated through handling through the centuries.

Textile experts Sue Benford and Joseph Marino, discovered that an  additional piece of cloth had been stitched into the shroud. This occurred at some point in the Middle Ages when the shroud had been damaged by fire and invisibly mended by medieval nuns, known to be expert needlewomen. 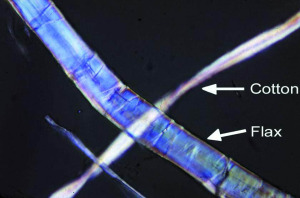 Pollen grains: Botanic samples extracted from the threads proved to be native to France, the Mediterranean area and Israel. Dr Max Frie Head of Scientific Service of the Criminal Police of Zurich testified before the Turin Commission of Investigation that he had identified 28 separate species of pollen native to Israel. 33% of these were 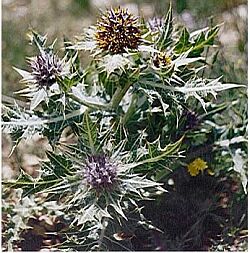 Gundelia Tournefortii, a species of prickly thorn which flowers between Feb and May and is restricted to the Middle East. This pollen was located on the right shoulder area. By an analysis of the botanical species Frei concluded that the Shroud had originated in an area around the Dead Sea Palestine and travelled to Turkey, France and Italy.

Corona images of radiation: 1983 Oswald Scheuerman a German physicist working on the shroud identified flower like corona images on enhanced black and white photographs. His experiments suggested coronal discharge associated with radiation. How would a dead body generate light or other radiation to project not only his own image but that of flowers lying on his body onto the linen shroud covering his dead body? 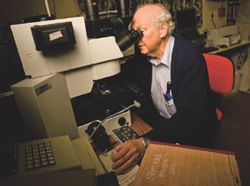 Professor Alan Whanger of Duke University and his wife Mary continued the work and detected hundreds of corona images of flowers, leaves, buds, fruit and stems around the head and chest of the figure. Twenty eight of these were identified as plants native to Israel. In1995 the expert botanist  Dr Avinoam Danin confirmed this research and detected corona images at the right shoulder and left cheek which matched the botanical research. They approached Dr Uri Baruch an Israeli palynology expert (one who investigates pollen and plant) who discovered that almost 33% of the pollen grains were of the thorn Zygophysllum Dumosum with a bouquet of Rock Rose pollen grains by the left cheek.

After painstaking research over many years investigators were able to narrow down the possible area where both species may be found. An an area 10 to 20 km East and West of Jerusalem was identified as the most likely place of origin of the shroud.  Professor Avinoam Danin, of the Hebrew University of Jerusalem, presents the latest results of his research regarding the Shroud. He states that the only place in the world where people could gather at least four species of plants found on the Shroud and place them on the body, is the area between Jerusalem and Hebron. The weeks between the months of March and April are the only time of year in which eight of the plants identified on the Shroud flower. The flowering characteristics of eight species have determined that the plant life placed on the body happened somewhere during March or April, the time of the crucifixion.

Footnote: Plants as healers: The mysteries of life are to be found not in the physical but at the subtle level. Plants carry an energetic signature which resonates with the human body and mind. Aromatic oils have long been used to prepare a body to assist release of the soul after death with floral bouquets often the final tribute to the deceased. The thorn identified by botanists is not an ornamental variety however and is unlikely to be used in a floral tribute. Why would this pollen be found on the shroud? Is this the thorn which the soldiers plaited to make a crown of thorns as reported in the traditional account? Dr Edward Bach, physician, homoeopath and bacteriologist became renowned for his work on subtle energy medicine. His range of homeopathic remedies includes Rock Rose

a remedy given in situations of fear and terror to renew courage. Biblical records state Jesus was viciously struck across the left cheek during his interrogation by the high priest. Shroud image shows this impact clearly. In laying his body to rest it would seem entirely appropriate to place the bouquet of rock rose  by his cheek. The rose and the thorn becoming a metaphor for his life.

Published by Epiphany Press and available on Amazon hard copy and digital.