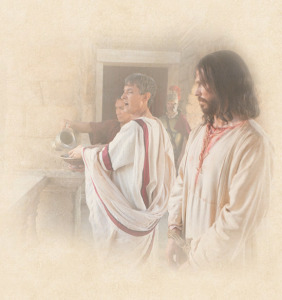 The trial of Jesus is the most documented account ever made. Whatever our beliefs may be it remains an intriguing historical episode or the major event which shaped world history.

The enemies of Jesus were the Sanhedrin, a political religious hierarchy of the day which jealously guarded its power. Their concerns grew as they watched the increasing influence Jesus had over the crowds he attracted  wherever he went;  perceiving  him to be a threat to their own authority they conspired to kill him.  Caiphas the High Priest negotiated with Judas Iscariot,  well aware of his impending  betrayal  Jesus was arrested while praying in the Garden of Gethsemane. His ordeal and the mockery of a trial began as he was taken before the Jewish Council and Caiphas the High Priest.

There were six parts to Jesus’ trial: three stages in a religious Jewish court where he was 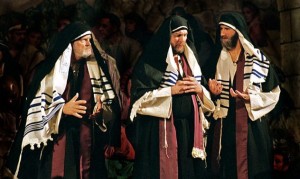 charged with Blasphemy, a trumped up charge of claiming to be the Son of God. Here  Jesus was tried before Annas,   Caiaphas, the high priest; and the Sanhedrin.  The religious trials were illegal according to strict Jewish law which stated: that no trial was to be held during feast time yet this was the Feast of the Passover. Each member of the court was to vote individually to convict or acquit, this did not occur. If the death penalty was given, a night must pass before the sentence was carried out; Jesus however was put to death next day.The Sanhedrin had no authority to call for execution but they insisted on the death penalty. No trial was to be held at night yet this trial was held before dawn.  The accused was to be given counsel or representation, but Jesus had none. The accused was not to be asked self incriminating questions, but Jesus was asked if He was the Christ. The hurried trial was held during the hours of night time, to ensure that no advocate was called and no witnesses were present. By 5am  the religious trials were complete and he had been brought before the Roman legislature by the Sanhedrin, accused ofI  Sedition ie trying to overthrow the government of Rome and inciting riot, a serious charge which carried the death penalty.

The timetable of events as historically reported, when viewed from the 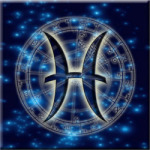 astrological and numerology perspective demonstrate  events playing out in accordance with cyclical planetary energy as his trial continued throughout the night. Jesus was arrested at midnight. This corresponds to the Capricorn line which relates to Law and the use and abuse of Power. At 1 o clock he is brought before Annas the former high priest. The 1 o clock line of Aquarius relates to Brotherhood and Freedom, the message Jesus brought to free the masses.  In the negative this is inverted to become indoctrination and control. By 2am Jesus is questioned by Caiphas the high priest. The 2 o clock line relates to Pisces and Jesus as the Master of the Piscean Age, a divine incarnation who carries the planetary karma for humanity.  Positively expressed the Piscean symbol of two fishes swimming in opposite directions indicates balance in polarity, negatively expressed it becomes  duality of consciousness and dupilicity. The three o clock line of Christ consciousness is  demonstrated by Jesus  as the ultimate expression of divinity. In the negative he is opposed by those who reject Christ consciousness through the inversion of the divine law.  4am: Taurus line signifying obedience to divine law or disobedience, rebellion and betrayal.

The 5 o clock Gemini line relates to  Communication: In alignment this relates to Truth, expressed negatively it becomes lies and mockery. Between the hours of  5 and 6am Jesus is brought before Pontius Pilate the Roman Governor who finds no fault in him and sends him to King Herod who is in Jerusalem to celebrate the Passover festival. Herod mocks him  and Jesus refuses to speak to him. He is returned to Pilate who asks him ‘Who are you, are you a King?  Jesus answered:  “IMy kingdom is not of this world…I  have come into the world to bear witness to the truth. Every one who is of the truth hears my voice.” To which Pilate made his famous response ‘What is Truth?”

When he is unable to placate the Sanhedrin Pilate has Jesus flogged with 39 lashes. The soldiers mock and humiliate him, placing a cloak around his shoulders and a reed in his hand as a sceptre of authority;  they place a crown of plaited thorns upon his head   and return him to Pontius Pilate for sentencing. The crowd call for Jesus to be crucified and Pilate symbolically washes his hands saying “I find no fault in this man.” Jesus spends the rest of the night in the Roman Garrison prison awaiting his execution next day. 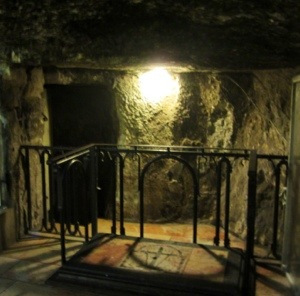 Published by Epiphany Press and available at Amazon.