The invasion of Ukraine by Russia has changed the face of Europe forever and altered the power balance in the world. As we watch the horror unfolding, world leaders and NATO are powerless to intervene in the final realisation that the nuclear weapons  they had believed to be a deterrent, have effectively imprisoned them.

Putin’s worldview has evolved during his 21 years of unbroken rule of Russia, hard though it is  to imagine, Vladimir Putin originally wanted Russia to join NATO. George Robinson a former UK Labour Defence Secretary who led NATO between 1999 and 2003, said Putin made it clear at their first meeting that he wanted Russia to be part of western Europe.  In a BBC interview with the late David Frost shortly before he was first inaugurated as Russian President in 2000, Putin stated that he would not rule out joining NATO, “if and when Russia’s views are taken into account as those of an equal partner” saying it was hard for him to visualise NATO as an enemy. “Russia is part of the European culture and I cannot imagine my own country in isolation from Europe and what we often call the civilised world.”

NOTHING CAN JUSTIFY PUTINS ACTIONS IN UKRAINE WHICH HAVE SHOCKED AND DESTABILISED THE WORLD – IS HE PARANOID, DELUSIONAL – ONE MORE MAD DICTATOR?

How is it that the country which fought with the Allies in WW2 and sustained by far the highest  losses of any country, is today inflicting unimaginable 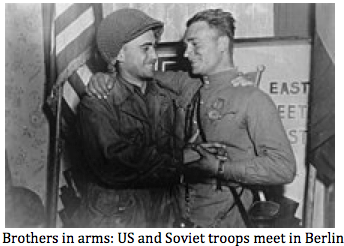 devastation in Europe and risking WW3? The number of citizens lost by the Soviet Union in WW2  are estimated at between  25 and 27 million. Of these 6.750 million were military deaths with a further 14 million wounded. In addition 7.420 million civilians died, with unknown numbers  wounded. Of the 15 nations within the Soviet Union, Russia suffered the highest number with Ukraine the second highest. 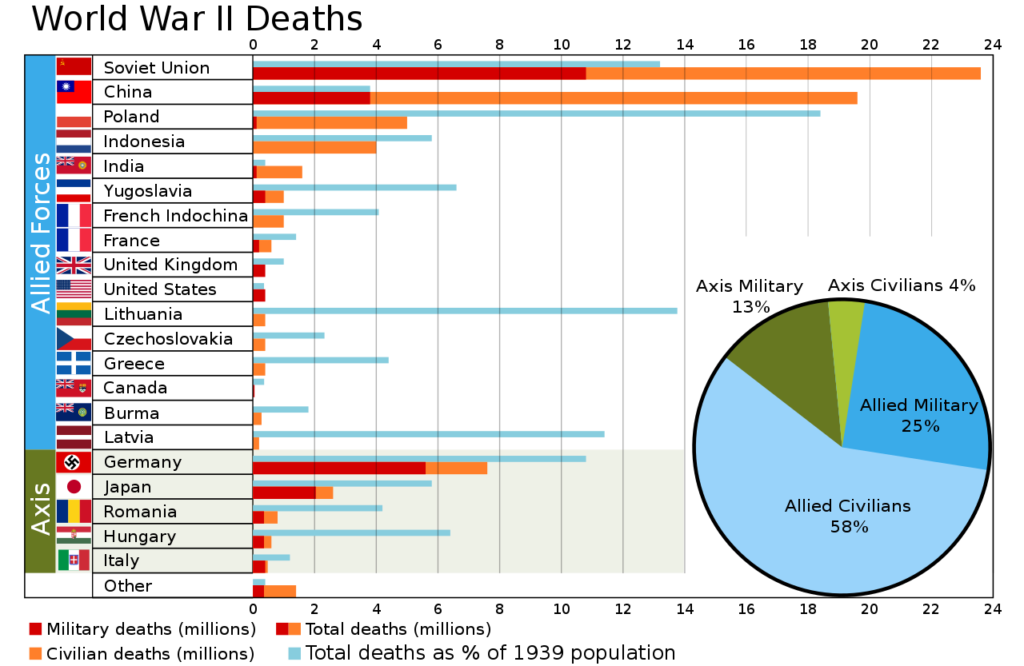 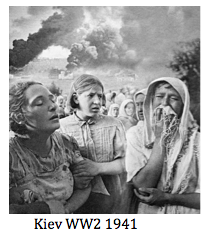 become enemies. In 1941, Kiev, which was part of the Soviet Union from 1921, was defended by Russian soldiers against Nazi forces in a battle now acknowledged as the largest encirclement of troops in the history of warfare. Hitler’s troops surrounded 700,544 Soviet forces, embarking on a ‘scorched earth policy’ resulting in  a resounding German victory and defeat for the Red Army which was almost annihilated with 616,304  killed, captured or missing during the battle.

In 1945 victorious post war Allies divided the German capital of Berlin into four occupation zones. By 1947, the United States, France and the United Kingdom, administered West Berlin and the Soviets administered East Berlin which became the German Democratic Republic under a Communist regime.

1961: The Berlin Wall.  In a period of only two weeks, the Soviet administered German Democratic Republic built a wall to separate East Berlin from the West to stop an exodus of Berliners. Out of a population of 17 million some 2.6 million had escaped the Communist part of a divided Germany between 1949 and 1961.

1962:  The Cuban Missile Crisis brought the world to the brink of nuclear war when President Kennedy issued his ultimatum to the Soviet Union to remove nuclear missiles they had placed  in Cuba. National Archive papers released after thirty years under the Freedom of Information Act reveal that the missiles were in fact placed in response  to America having previously installed intermediate-range “Jupiter” nuclear missiles in Italy and Turkey in 1961.  Locations were adjacent to the Soviet Union and could reach all of the western U.S.S.R including Moscow and Leningrad.  In addition the US had nuclear-armed  “Thor” missiles aimed at the Soviet Union from bases in Britain. The US Secretary of State, Dean Rusk, had previously warned in a closed session of the US Senate Foreign Relations Committee that the American missiles were a “provocation”  to the Soviet Union who were already faced with a vastly more powerful U.S. nuclear arsenal. Soviet leader Khrushchev declared to a confidant that “the Americans have surrounded us with bases on all sides”.

US Archive papers show that when crisis negotiations reached stalemate Kennedy had agreed to remove US missiles from Turkey in exchange for the removal of Soviet missiles from Cuba, on agreement that this would not be publicly disclosed. The American people and the world was led to believe that Khrushchev had  backed down when faced with the American ultimatum when in fact there was willingness to compromise on both sides.

By 1987 the new Soviet leader, reformer Mikhail Gorbachev was facing several challenges, a struggling economy and a war in Afghanistan. He announced that his nation was ready to sign ‘without delay’ a treaty designed to eliminate US and Soviet medium range missiles from Europe. This led to Reagan and Gorbachev signing the INF Treaty in December 1987 and the beginning of the end of the Cold War. . 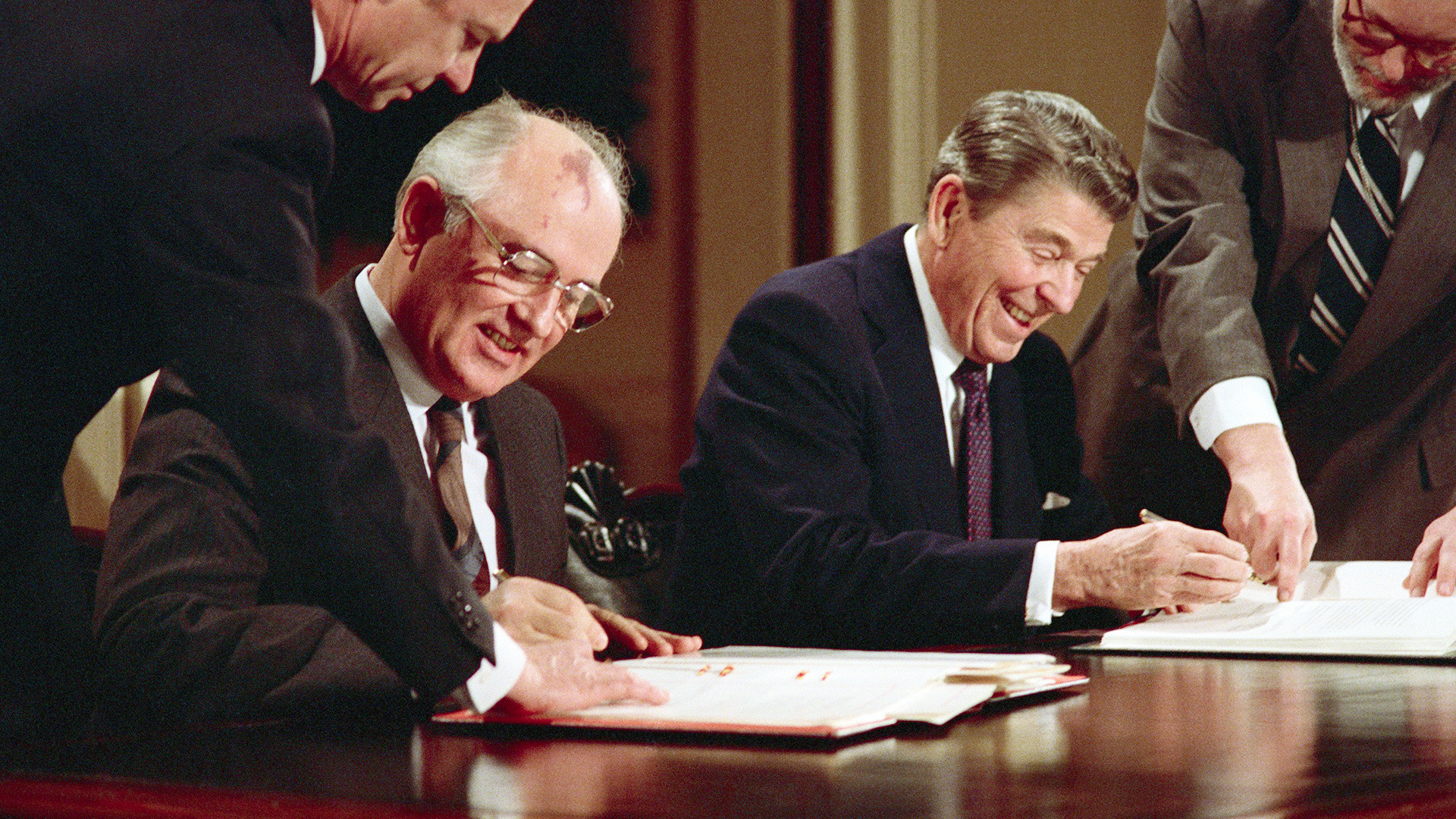 By 1990, after 45 years, a divided Germany was in the process of reunification, a decision was needed as to whether East Germany, formerly governed by the Soviet Union, should now align itself with western nations or join the  Warsaw Pact. The Soviet Union was at a disadvantage having begun to lose its control over the Eastern bloc. US Secretary of State, James Baker, made an offer – If Germany became a

member of NATO, there would be no NATO expansion  ‘Not one inch eastwards’ is the often quoted comment. Moscow accepted the negotiations on this basis. Today America denies this promise was ever made but declassified documents show security assurances against NATO expansion were given to Soviet leaders from Baker, Bush, Genscher, Kohl, Gates, Mitterrand, Thatcher, Hurd, Major, and Woerner.  The West German chancellor  assured Gorbachev on February 10, 1990: “We believe that NATO should not expand the sphere of its activity.” (See Document 9)  The documents reinforce former CIA Director Robert Gates’s criticism of “pressing ahead with expansion of NATO eastward [in the 1990s], when Gorbachev and others were led to believe that wouldn’t happen.” Declassified documents confirm that such assurances were repeatedly given verbally however these were not incorporated into the negotiated treaty, allowing the West to deny they were ever made. 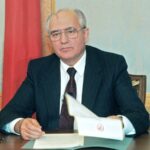 reunification, this was quickly followed by the  sudden fall of the Soviet Union and a wave of Revolutions spread through the Eastern bloc. The Warsaw Pact was dissolved in July 1991 and following a failed coup by the Communist hard liners, Gorbachev formally  announced the dissolution of the Soviet Union on December 25th and resigned as its final leader.

Warnings by Western strategists had continued for decades pointing out that NATO’s decision in 1994 to take in new members would be viewed by Russia as a provocation that could lead to war. Their warnings were ignored.

The sudden disintegration of the Soviet Union in 1991 left Russians traumatised, having lost one third of their territory, half of their population and most of their military might. Weakened in the face of western unity, they felt an unjust settlement had been imposed on them, taking advantage of a period of vulnerability. The Russian people remain opposed to NATO expansionism; the American Defence strategy of placing missiles in Poland and Rumania and the arming of Ukraine by the West have been strongly resisted. Many continue to question whether the eastward advancement of NATO has increased the security of small European states or made them more vulnerable. Inviting a state right on Russia’s border into a perceived anti Russian alliance might justifiably be considered provocative, the reason Ukraine will not be admitted to NATO membership now or perhaps ever. Whether we view the situation as Putin’s imperialism or NATO expansionism the outcome sadly is the same. 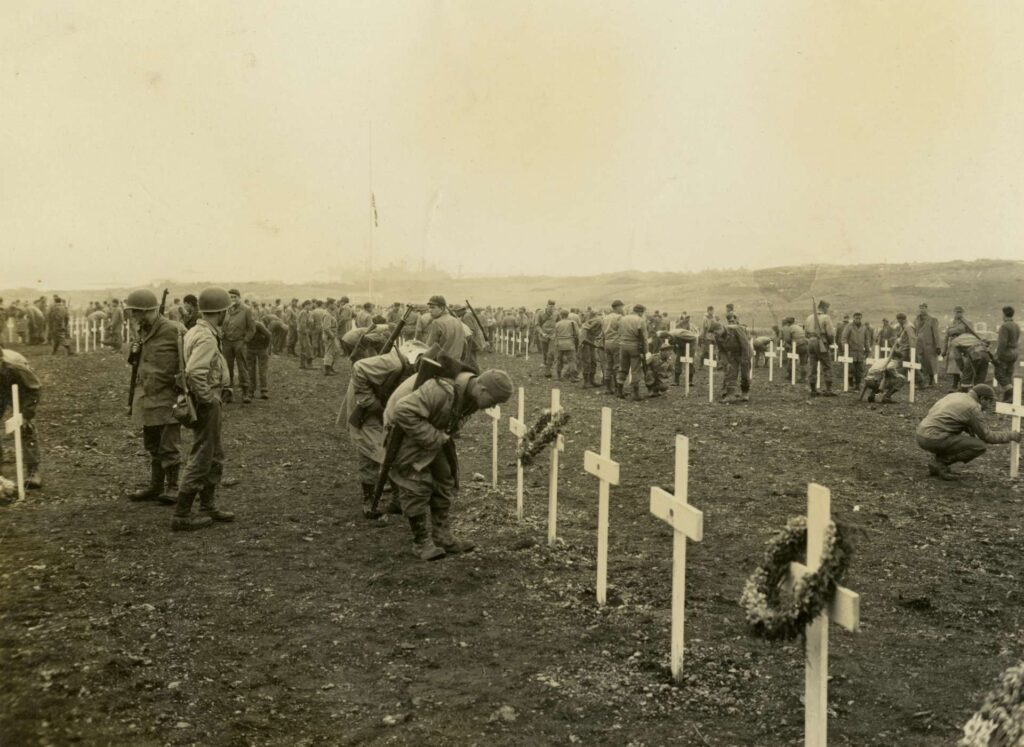 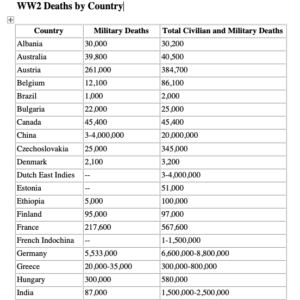 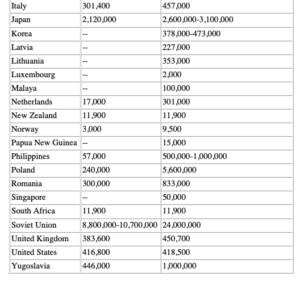