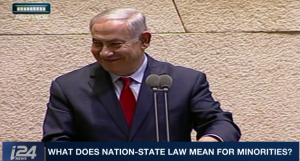 Constitution.’ Only Jews have the right to self determination which the law states is ‘unique to Jewish people’.  Hebrew becomes Israel’s only official language, stripping Arabic of its former status as a designated official language along with Hebrew.    https://www.youtube.com/watch v=ys_RLjBjUw4

It has been said that ‘Nothing so surely and perfectly stamps upon an individual a national characteristic as language’.  It is therefore the first victim of occupation and suppression. Excluding language from legislature effectively diminishes status and erodes effective participation.  A glance at history confirms the consequence of eliminating cultural self expression by suppressing indigenous language,the policy begins with removal from the legislative process, part of the extermination of ‘alien’ cultural values.

NATIVE AMERICAN:  As part of the Assimilation Programme over a hundred thousand Native American children were forcibly separated from their families to be educated in boarding schools with every effort made to strip them of their cultural identity.  Children were punished for using their native tongue and taught English with words that had no equivalent in their own language.  Some scholars estimate that the Western Hemisphere at the time of the first European contact was inhabited by 40 million people who spoke 1,800 different tongues.  Another widely accepted estimate suggests that at the time of Columbus more than 15 million speakers throughout the Western Hemisphere used more than 2,000 languages.  As a result of European conquest perhaps two thirds of the many indigenous American languages had already died out or were dying out by the mid twentieth century.  Linguistic authorities suggest that about one half of the Native American languages N.of Mexico have become extinct.  Only a few tongues, like Navajo and Cherokee, can claim more than 50,000 speakers; Navajo is spoken by about 150,000 people.  The outlook for the future of the indigenous American languages is not good; most will probably die out.  At present, the aboriginal languages are gradually being replaced by the Indo-European tongues of the European conquerors, English, Spanish, Portuguese, French and Dutch.

IRELAND: The Gaelic language is universally acknowledged as a unique reflection of Irish identity yet the native Gaelic was almost lost through cultural erosion. Medieval incursions ended with the Crown colonisation policy c1609 when English and Scots migrated in the Plantation period, dispossessing the Irish of their land rights. The Irish language was prohibited until 1871 with only English taught by order of the British government.  Irish became a minority language during the 19th century, mostly a spoken tongue with little written literature appearing in the language until the Gaelic Revival of the late 19th century and the nationalist uprisings which sought and regained  Irish sovereignty.  Gaelic began to be taught in Irish schools and today out of a population of 4.803 million, an estimated 72,000 people use Irish as a daily language, a larger minority of the population are fluent with a further 1.66 million people in the republic having some knowledge of the language. An impressive partial recovery of a language so nearly lost.  https://www.youtube.com/watch?v=e6JbUDBfY1E President of Ireland speaking in Gaelic (St. Patrick’s Day Message)

WALES: Cymric along with English is the official language of the National Assembly for Wales which advocated equal validity for Welsh in speech and in written documents.  Cymric is one of the worlds oldest languages originating from the Celtic tribes of Europe and the earliest inhabitants of the British Isles.  Wales has been described as “England’s first colony” annexed and incorporated into the English administrative and legal system in the 16th century when the Welsh legal system was abolished and the Welsh language banned from any official role and status.  In 1847 a  Royal Commission on Welsh education, noted that there were areas where the children spoke only Welsh.  It concluded that the Welsh as a race were “ignorant”, “lazy” and “immoral” and that one of the main causes of this was the continuing use of the “evil” Welsh language.” As a result, English-only schools were set up 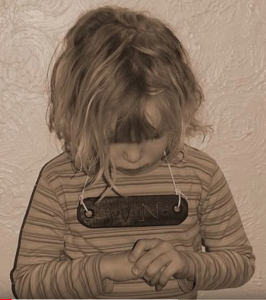 in much of Wales, children speaking Welsh were punished with the “Welsh Not“, a piece of wood, ruler or stick, often inscribed with the letters “WN”.  Pupils heard speaking Welsh were made to hold it or it was sometimes hung around the childs head. When another child was heard using Welsh, ‘The Not’ was taken from its current owner and given to the latest offender.  The child could pass the ‘Not’ to any of their Welsh speaking classmates if they informed the teacher that they had caught someone speaking Welsh. The pupil in possession at the end of the day was subjected to a flogging.  Today Welsh identity remains strong, with a growing  awareness and acknowledgement of Wales’ cultural and historical separateness from England, reflected politically. The Welsh language is linguistically Celtic, whereas English is linguistically of West Germanic origin. Comparatively few English people can understand or speak Welsh while virtually all Welsh speakers can speak English.

PALESTINE: Around 420,000 Palestinians live in east Jerusalem, which was annexed and occupied by Israel during the 1967 Six Day War, a move not recognised by international law. The United Nations General Assembly voted 128-9 to declare America’s recognition of Jerusalem as the capital of Israel ‘null and void’. The marginalisation of Palestinians using methods of displacement, land grabs, Jewish settlements and denial of access to the judicial system has failed to quell the Arab resistance to injustice. The removal of the Arabic language from the legislative process may in the end prove to be the most effective tool in the creeping ‘reforms’ which Palestinians are continually subjected to. The historical trauma will remain.