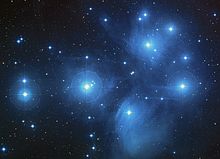 Alchemy – the very word conjures up visions of medieval sorcerers poring over their crucibles in an attempt to turn base metal into gold. Although great efforts were indeed made by medieval alchemists to achieve such ends, the true meaning of ‘alchemy’ has been distorted and lost through the Ages. While the dictionary may state that the origin is French ‘alquemie’ meaning ‘mixture’, we must go back to pre history for the true origins. The word alchemy is derived from Khem, the original name for the land of Egypt which took its name from ‘the Khema’ a group of seven stars in the constellation of Taurus, known today as the Pleiades. The prefix Al was added much later through Arabic Egyptian assimilation.

Pre Atlantean Egypt was the terrestrial home of those who came from the stars, the Khema, a celestial Gateway. These ‘gods’ of a former Age left us their roadmaps to remind us of our heritage, among them The Great Pyramid which holds the records of Time inscribed within its sacred geometry. The sacred power symbol of the pharaoh, the Ankh was a cross with the upper portion looped to signify the eternal journey of the soul. 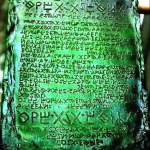 Myths and legends of former Ages and the lost continent of Atlantis continue to fascinate; among them the iconic Emerald Tablet, a history of pre antiquity accorded to Hermes Trismegistus . The clue is in the name, Trismegistus ‘three times in majesty’ signifying one who had mastery over the secrets of the Universe through the divine sciences of alchemy, astrology and theurgy (transmutation). Variously described as the Egyptian god Thoth, the Greek god Hermes or an amalgamation of both the writings are inscribed on an emerald tablet, its origins lost in the mists of time. The god Thoth was worshipped in the temple of Khemnu which the Greeks later called Hermopolis. A divine source of revealed wisdom, Hermes Trismegistus is credited with thousands of sacred texts of great antiquity. Plato famously referred to these as having been hidden in secret halls for 9,000 years. Pythagorus is said to have been initiated by Hermes and shown the correspondence between mathematics and sacred sound.

Surprisingly perhaps he is acknowledged by Judaeism, Christianity and Islam, identified in accordance with their individual belief systems. Early Christian writers believed that a core spiritual truth is revealed by God through a lineage of prophets and contained within the sacred text of all religions. Hermes Trismegistus was believed by them to be a contemporary of Moses while certain Jewish traditions believe that the patriarch Abraham received the divine wisdom teachings from Hermes. Mentioned in the Quran, identified as Idris,  Islamic sacred records give a much earlier timeline as Enoch.  An acceptance of the lives as repeated incarnations to bring revealed wisdom to mankind clarifies the seeming contradiction, explaining the title conferred as Hermes Trismegistus or ‘thrice great’.