My intention in writing this article was to pose the question: Is technology driving us towards a godless society?  As a starting point I decided to google ‘God’ simply to obtain a definition, expecting of course that there would be several.  Of the the first 3  references: 2 referred to the release of the film Godzilla which grossed  $93 million dollars in its opening weekend and $518,369,590  within weeks. The third reference was to the web hosting giant ‘godaddy’. None of the remaining references related to a Creator, a Supreme Being  or a Deity.  God, whatever we assume that word to mean, would seem to have been supplanted in the mass consciousness by commercialism and entertainment; the question however remains – what part if any does technology play in this?. 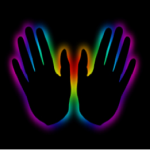 In New Age parlance this Age  relates to a dawning of spiritual enlightenment  resulting from the impact of increased photonic bombardment, resulting in an influx of light within the subtle energy field and Eureka – Enlightenment!.  The ancient wisdom however prepares us for the reality of adapting to the increased vibrational frequency and warns of the consequence if we are unprepared. Medical science explains the command and control system of the human body, how the central nervous system carries an elctrical impulse from the brain, through the spine and to all parts of the body. It does not explain the source of that charge which esoteric teaching tells us is divine. Here lies the division of the duality of consciousness. We can function at a very high level from the intellect, the lower mind, receiving intermittent flashes of intuition from the higher mind, yet this will not allow us to sustain the higher connection. We remain unaware of our true origin which is divine. Intuition (our inner tuition) reminds us that we are more than a brain and a mind. The governing consciousness residing beyond the mental/physical dimension  is the Higher Self, the spiritual interface between  the ethereal and the material worlds.

Aquarian energy relates to electricity, intuition, innovation and free expression and is able to channel the electrical impulses positively or negatively. This is potentially  the Age of Universal Brotherhood. The energy itself is of course neutral, It is in the application that we see the consequence as observed in the explosion of the technological Age. Those born into this time frame appear to be wired differently and so they are; they come equipped to reside  and to operate in this frequency however the energies must still be channelled and sustained. 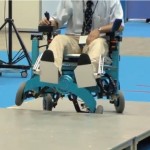 Technology bestows great gifts upon humanity when channelled appropriately, promoting health, relieving drudgery and granting recreation and eduactional opportunities which could not have been imagined by former generations. Perhaps most importantly it grants freedom from oppression, providing access to information, enabling whistle blowers to alert us to what was formely hidden.

When applied negatively this energy becomes a divisive, destructive force used to gain advantage and oppress others. Access and freedom of expression become corruption and surveillance. Universal Brotherhood becomes detached indifference with technological advances in warfare allowing us to kill indiscriminately  as impersonal observers located thousands of miles away. Drones carry out surveillance and bombing while perpetrators remain safe and unseen. A cowardly act some might say.

Medical advances become experimental programmes which far exceed the acceptance of the public who remain unaware of the horros unfolding.  Global vaccination programmes tested on the most vulnerable in society without knowledge or consent leave a legacy of chronic illness for untold generations.  Our grandparents could not have envisaged conception in a petrie dish yet today this is taken for granted as we welcome the IVF babies into the world, oblivious to the genetic weaknesses which are beginning to show themselves in the long term research programmes. Only when we pause, Stop and consider how far we have come can we decide how far we want to go. How far should we go in the manipulation of human genes or animal genes and is it ever acceptable to cross species? Gene enhancement programmes are already far advanced using through genetic engineering. GM crops are designed to mutate, destroying native strains while farmers are held to ransom through restrictive unethical practices unchecked by governments worldwide.

The US Defense Advanced Research Projects Agency (DARPA) in collaberation with the military industrial pharmaceutical complex was awarded a $ 2 billion dollar yearly budget for research into creating  ‘Super Soldiers’ and deeloping a synthetic police force. 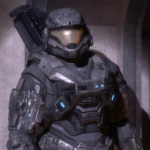 Some stated objectives are: To enhance the ability of soldiers to regrow limbs destroyed in battle: To eliminate empathy to ‘enhance’ a soldiers ability to kill without remorse and to show no fear;  in fact to behave like a machine. A Pentagon allocated budget of $400 million has been made available to  Pennsylvania State University where Profesor  Jonathon Moreno is researching neuroscience to develop soldiers who feel no pain or terror and do not suffer fatigue.The process normally  requires the introduction of a virus carrying genetically modified DNA to be injected into the human body, entering the cells and attaching itself to the human DNA which it then modified.

Transhumanism: . The stated goal of this movement is: ‘Recreating humanity through Genetic enhancement/Robotics to achieve Immortality‘. Through nanotechnology humans will gain control of altered states of consciousness ‘previously interpreted as spiritual states’ without a relationship to the divine. In short the aim is to become gods using Artifical Intelligence. If genetic scientists work with the military, gene enhancement merges with advanced robotics to create the Super Soldier.  This genetically modified human wears a computer programmed Robotic Exiskeleton 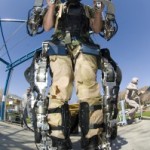 , an Avatar which in theory follows commands. Proffesor Stephen Hawking widely regarded as one of the foremost scientists on the planet, has publicly warned of the threat to mankind in following this path because robots would eventually develop an intelligence beyond that of humans to become uncontrollable. In metaphysical terms ‘energy follows thought – creating a conscious  bio dynamic energy field’.

Perhaps our question has been answered; today we are witnessing the supreme arrogance – science and technology directed without any acknowledgement or allegiance to anything beyond the intellect, potentially leading us to a godless society.