The reason is British royal protocol and ancient statutes which dictate that the removal of a hereditary title requires an Act of Parliament and no request has been made. As the son and grandson of the reigning monarch, Andrew and Harry are princes by birth, the dukedoms were bestowed on each of them by the Queen on their wedding day. This made the former Sarah Ferguson and Meghan Markle duchesses, even though Andrew and Sarah divorced in May 1996 Sarah retained her title of duchess.

Andrew has lived at 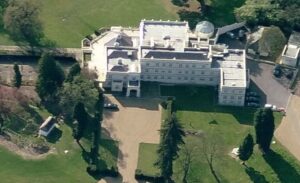 Royal Lodge, a sprawling mansion located in Windsor Great Park an estate owned by the Queen who lives close by. Andrew acquired the property, once the home of the Queen Mother, after her death in 2003. While he cannot sell the property, Andrew was granted a 75 year lease agreement by the Crown Estate which allows him to live there at a rent equating to £250 per month. The lease also includes the Chapel Lodge, a gardeners cottage, six lodge cottages and 40 hectares of land. The estimated value of the property at 2022 is £30 million. Despite their divorce, Sarah moved into Royal Lodge   in 2006 and continues to reside there. Ironically royal experts note that should Prince Andrew lose his royal dukedom but retain his title of prince, his divorced wife Sarah could become a princess, known as ‘Sarah, Princess Andrew’.

Interestingly, Diana, princess of Wales, did lose her HRH status following her 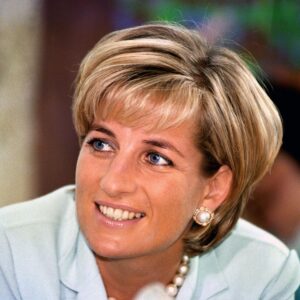 television broadcast with Martin Bashir in 1995, in which she made public the long standing affair between Charles and Camilla. Although they had been separated for three years, Diana had stated that she did not want a divorce but following the interview, received a letter from the Queen delivered in person by a royal messenger, which stated:  “I have consulted with the Archbishop of Canterbury and with the prime minister and of course with Charles, and we have decided that the best course for you is divorce.”  Eight years later, the divorce was finalised. Diana was reportedly awarded a £17million lump sum (a paltry amount in comparison to high profile entertainers of the same period) and £350,000 a year to run her private office and was allowed to keep her apartments at Kensington Palace with shared custody of their sons.

As the mother of the future king, the Queen was said to be happy for Diana to keep the title, 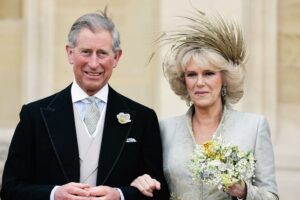 however, Charles was reportedly adamant that she lose it. Over the years, many reasons have been put forward for his insistence, one possibility being complications which might arise as to precedence should he marry Camilla, which he later did. In the anachronism which is monarchy, losing the HRH meant that Diana would  have to curtsy to her husband, her two sons and a whole host of minor royals… had she lived this would have included Camilla on her marraige to Charles.

Today, the saga continues. Prince Harry who also lost his military titles after he stepped back from royal duties in 2020, is still the Duke of Sussex with the former Meghan 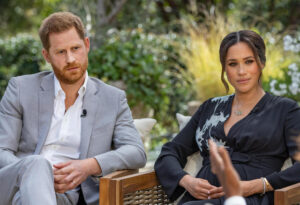 Markle still the Duchess. Harry lost his taxpayer funded police protection when he and Meghan withdrew from royal duties but is now  taking legal action against the government following Home Office refusal to let him pay for Metropolitan Police security for him and his family on visits to the UK. A legal representative said the duke was “unable to return to his home” because it was too dangerous to visit after his car was chased by photographers during his visit to commemorate the unveiling of Diana’s memorial statue in July 2021.  The couple, who now live in the US, privately fund their security there. Harry claims his private security team does not have adequate jurisdiction abroad or access to UK intelligence information necessary to protect him and his family. We might hope not.

It would seem that both princes are struggling to accept that privileges granted to members of the royal family can be withdrawn. The effect however is to  plunge the monarchy into disarray and confusion as to how best to disengage from outdated hereditary trappings.