A title bestowed upon Jesus is ‘The Light of the World’,  the   supreme demonstration of the light in action as the ‘Son of God.’ We 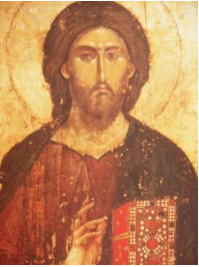 might perhaps expect the predestined birth of a World Saviour, or Messiah, to coincide with celestial cycles, the birth of Jesus at the winter Solstice and his death at the Spring Equinox occurred in accordance with the Law of Cycles. This is mirrored in  the pagan festivals aligned to solar and lunar cycles which honour the natural rhythms of earth, sea and sky.

The debate continues as to the actual year of birth for Jesus with scholars and historians placing this anywhere between 6 BC and 2 BC.  The traditional birth date of 25th December is dismissed by many on the basis that this was ‘borrowed’ from the existing Roman pagan celebration of the winter Solstice.  The festival of ‘Sol Invictus’ was introduced  by the emperor Aurelian in 274AD to honour his name which refers to the rising sun.   In 313AD Emperor Constantine legalized Christianity which spread across the empire. His successor Julian reverted to pagan beliefs and  formalized December 25th as ‘the birthday of the sun’  by which time this date was already acknowledged for the birth of Jesus.  It is not disputed that the Christian Church subsequently adopted 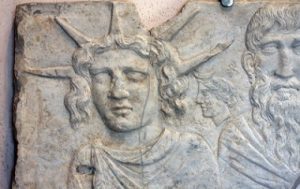 and adapted pagan festivals as an effective means of converting the masses.  This does not invalidate the date but highlights the link between cosmic cycles and auspicious  events.  With a greater understanding  we can see how such synchronicity might come about naturally, rather than through manipulation assuccessive religions builds upon the same cosmic cycles.

It is an easy matter to dismiss the date as coincidence or to accuse the early church fathers of manipulation  however the date for the birth of Jesus  is derived  from the the birth of John the Baptist his cousin, who we know was six months older. According to Christian tradition both births were announced by the appearance of the Archangel Michael who appeared first to Zachariah the husband of Elizabeth, a cousin of Mary. The Torah, the sacred book of the Jewish people is exact concerning ritual and ceremony; the very word Torah means ‘the law’. The 7,000 priests in Israel were divided into  24 clans, each taking turn to serve in the Temple of Jerusalem in accordance with  a strict rota. Zachariah was ‘a priest  of Abijah’ serving between September 22nd and October 8th.  According to Christian tradition he received the visit from the Archangel Gabriel who informed him that his wife would conceive a son whose name would be John. The more familiar story is of Gabriel appearing to Mary to inform her that she was to be the mother of Jesus by divine agency,  she was also informed by Gabriel of her cousin’s pregnancy and that ‘this is the 6th month with her’. John was born in June and became the Herald for Jesus, his feast day is celebrated on the 24th day of that month.

Using these predictors and the natural gestation period of pregnancy, historians have calculated the dates for the conception and births of both John and 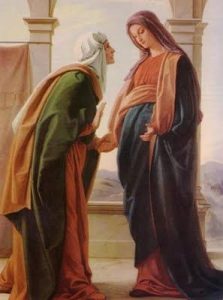 Jesus. Elizabeth, we are told, was six months pregnant when visited by Mary. If  Mary conceived when Elizabeth was already six months pregnant, this event would have occurred at the end of March or the beginning of April and today Christians celebrate the Annunciation on March 25th, as the day when Mary received the message from Gabriel that she was to be the mother of Jesus.  If we follow the natural gestation period, the birth would then have occurred in late December, making the traditional date of 25th December eminently possible.

Hanukkah, the Jewish Festival of Lights celebrates the re-dedication of the second Jewish temple in Jerusalem following the defeat of invaders. The Menorah is the seven branched candelabrum used in sacred Jewish ritual. 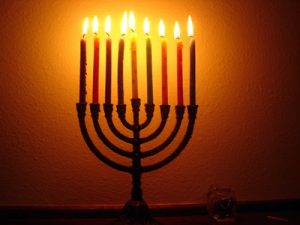 Hanukah coincides  with the Christian celebration of the birth of Jesus when these two diverse calendars coincide.  For the Jewish people, the lights of Hanukkah represent the hope of a miraculous return of the Shekhina Glory of God, the light which was present when their God spoke to them through their prophets.  We can marvel at one more coincidence and perhaps wonder whether this was the same light reported by the shepherds in the field when ‘glory shone around’.

Star of Bethlehem – An Astrological Configuration