‘WE ARE HERE BECAUSE YOU WERE THERE’

As Americans currently grapple with the sense of being overwhelmed by a sea of immigrants,  the refrain “We are here because you were there” reminds us of the 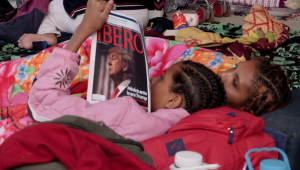 cause and inevitable consequence of colonisation and uninvited incursion into other lands. The safety of its citizens is the primary responsibility of every government and few would argue that this should not include the security of its borders. The question of how they are secured and why, is the factor now dividing America.

It is no coincidence that many seeking refuge are coming from Central American countries, the Northern Triangle of  Guatamala, El Slavadore and Honduras, followed by Nicaragua, Panama, Costa Rica and Belize. These countries endured colonisation under the Spanish from the 1500s with the British and the Spanish later fighting for control until the British  turned their attention to colonisation of North America and Canada. In 1823 the United Provinces of Central America (Costa Rica, Guatemala, Honduras, Nicaragua and El Salvador) gained independence from Mexico, each achieving independence  in the 1830s. Theodore Roosevelt in 1904 declared the U.S.’s right to exercise an “international police power” in Latin America, the US has influenced the region ever since.

Successful immigration is entirely dependent upon acceptance and assimilation and this takes time. Opposition to immigrants includes numbers, timing, employment prospects, ethnic differences, race and religion and political ideology.  Any of these can be used to instil fear, the threat that the host community will be overwhelmed and irrevocably changed, because social change is an inherent aspect of immigration. When viewed positively this is seen as enriching communities through diversity, with cultural traditions maintained and encouraged. In general people prefer to remain within their home countries if basic needs are met and opportunities are available. Mass migration is always triggered by a threat to survival.The World Bank estimates that close to 60% of people in Honduras and Gutamala live in poverty.  In 2016 alone, U.S. Customs and Border Protection (CBP) intercepted nearly 46,900 unaccompanied children and more than 70,400 family units from El Salvador.  While poverty and injustice remain the key reason to abandon homeland and family to trek across countries and sometimes continents in search of something more, a terrifying spectre of unimaginable violence is 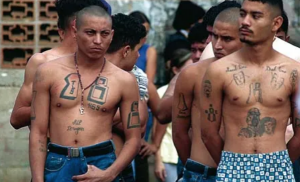 emerging as a primary cause.   Gang violence and drugs cartels control communities throughout Central America, with an estimated   65,000 active gang members supported by a network of hundreds of thousands. Salvadorian boys as young as 12 are forcibly recruited to gang membership, with girls forced into becoming sex slaves. Both genders are prostituted, their families are threatened with death if they refuse to join the gangs. Lack of a warm welcome is insufficient to deter those fleeing such horror, their primary focus is to remove their children before they are victimised.

WALLS, FENCES AND BORDER CONTROLS WILL PROVE INEFFECTUAL IN HOLDING BACK THE DESPERATE TIDE OF HUMANITY FLEEING FOR SURVIVAL UNLESS THE CAUSE IS ACKNOWLEDGED AND ADDRESSED.

EL SALVADORE:  In 1932,  peasants rebelled  against the ruling families. The United States and Britain owned the  the majority of coffee plantations and railways controlling exports and sent naval support to quell the rebellion. Some 40,000 rebels were killed in the conflict.  In 1944, a popular bloodless revolution ousted the government, coup and counter coup followed. In the Kennedy era of 1960, the US supported a right wing coup and secretly opposed holding free elections in Nicaragua.  A US funded Civil War raged between 1980 and 1992, with the US administration training Salvadoran death squads who in 1981 went on to commit a civilian massacre in the village of El Mozote, killing at least 733 unarmed civilians including children. The UN  states 85% of civilian deaths were committed by the Salvadoran military and the death squads. Under the tariff reduction model of CAFTA-DR, all U.S. industrial and commercial goods enter El Salvador duty free, creating impossible conditions for domestic industry to compete. As of 2016, the country had a negative trade balance of $4.18 billion. 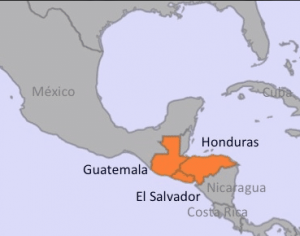 NICARAGUA:  US Marines had occupied Nicaragua to protect US interests since the country’s civil war of 1912. In 1927 a major peasant uprising led by Sandino ‘the general of the people’ was launched by landless peasants, against both the U.S. occupation and the Nicaraguan establishment.  In 1933, the U.S. Marines withdrew leaving the National Guard in charge of elections. Somoza Garcia, the head of the National Guard, murdered the opposition leader and assumed the presidency establishing a US supported dictatorship which his family controlled until 1979.  A popular uprising ‘The Sandanista Peoples Revolution’ overthrew the corrupt Samoza government which had stolen millions of dollars  given in aid for earthquake victims.  As the ‘Sandanista’s sought to establish governance, the Carter administration moved quickly to support remaining Somoza loyalists with financial and material aid. The Ronald Reagan presidency directly funded support to an anti-Sandinista group, called the Contras. When this was prohibited by Congress, Reagan continued the funding through covert arms sales.  (i.e. Iran-Contra scandal). 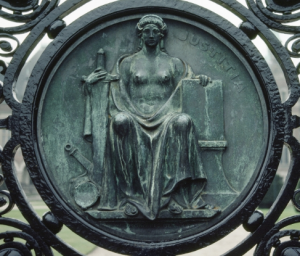 supporting the Contras in their rebellion against the Nicaraguan government and by mining mining Nicaragua’s harbours. They ordered the United States to compensate Nicaraguans for acts of terrorism committed during the Reagan administration. The United States refused to participate in the proceedings, stating that the ICJ lacked jurisdiction to hear the case after the Court had rejected their argument.  The Court found in its verdict that the United States was “in breach of its obligations under customary international law not to use force against another State”, “not to intervene in its affairs”, “not to violate its sovereignty“, “not to interrupt peaceful maritime commerce”.  Although the Court called on the United States to “cease and to refrain” from the unlawful use of force against Nicaragua under customary international law and ordered it to pay reparations, the United States refused to comply. When Nicaragua appealed to the UN in 1986, the United Nations General Assembly passed a non-binding resolution by a vote of 94-3 urging the U.S. to comply.  It did not and as a permanent member of the Security Council, the U.S. has been able to block any enforcement mechanism attempted by Nicaragua.

THE MYTH OF ‘AMERICAN EXCEPTIONALISM’  (THAT AMERICA IS UNIQUELY VIRTUOUS AND DESTINED AND ENTITLED  TO PLAY A PRE-EMINENT ROLE ON THE WORLD STAGE)  CAN BE LIKENED TO THE EUROPEAN  BELIEF IN COLONISATION.

EACH LED TO THE RISE OF EMPIRE, CORPORATE PLUNDERING AND MILITARY INTERVENTION IN NATION STATES.  EMPIRES ALWAYS FALL BUT AT THE POINT OF DECLINE ARE BLINDED BY THEIR CERTAINTY THAT GOD IS ON THEIR SIDE.