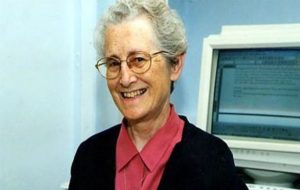 The report resurfaced in 2001 and was published by the Irish Times. The secretary-general of the Conference of Religious of Ireland, was bemused and said no such allegations or complaints had been received. “However, if Sister Maura O’Donoghue had evidence of the occurrence of such abusive behaviour then it was appropriate she should report it to the Vatican.”  The Vatican spokesperson, Dr Joachim Navarro-Valls, confirmed that “the problem is known about’…’but restricted to a certain geographical area”. This was understood to be Africa.

A SONG COMES TO MIND…   “ROUND, LIKE A CIRCLE IN A SPIRAL, LIKE A WHEEL WITHIN A WHEEL… NEVER ENDING OR BEGINNING ON AN EVER SPINNING WHEEL….” 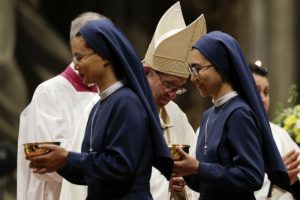 ‘Women Church World’, Pope Francis publicly acknowledged for the first time, the long history of sexual abuse of nuns by priests and clergy, saying: “It’s true,” …“There are priests and bishops who have done that.” Francis spoke about a case in which Pope Benedict dissolved an order of nuns “because a certain slavery of women had crept in, slavery to the point of sexual slavery on the part of clergy or the founder.”

Iris Wagner, a former German nun,now a theologian has spoken of her terror when a 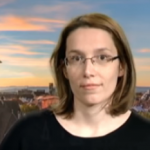 superior of the Order entered her room one night and raped her. Feeling she would not be believed she did not report this. Years later when she did tell her Superior, she was blamed and asked if she had used contraceptives. When she was later appointed to a senior position in Rome she was groomed by Herman Geissler, a priest in The Vatican Congregation for the Doctrine of the Faith, the organisation which investigates accusations of child abuse. She reported a series of sexual assaults in the confessional and when no action was taken she disclosed the story at the Rome meeting in 2018. Geissler resigned on the grounds of ill health; an investigation found that he had acted inappropriately but he was not removed from his job. On May 17th 2019 The Vatican Supreme Court announced that he had been acquitted of making sexual advances in the confessional. (The priest who raped Iris Wagner is still ordained and living in a religious community with young women.)

Dr Rocio Figueroa Alvea,  a former nun, left her Order and is now a theologian and Lecturer. At the age of 15 she  was abused by her Confessor, German Doig who, began touching her inappropriately during spiritual direction classes. Confused she felt unable to disclose the abuse. She later started a womens branch and was sent to Rome, there she met a priest to whom she was able to speak for the first time, about her ordeal. While working in the Vatican, she was asked by the Founder of her Order, Luis Fernando Figari, to help prepare the process of beatification for Doig, her former abuser, who had died in 2001. During investigations, she discovered that Doig had been a serial sexual perpetrator. She confronted Figari who told her, “You are a liar, you seduced him” .. ‘You are forbidden to speak”. She was ordered by Figari, to step down from her Vatican role due to “illness” She spoke to a cardinal she was close to, telling  him everything she had discovered. The cardinal gave her two options: either leave the community or stay and be a “silent soldier”.  Continuing her 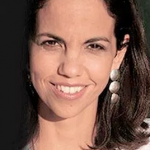 investigation she traced victims of the Founder and uncovered a network of abusers, leaders in the community. Along with other survivors, she reported this to the Congregation of the Doctrine of the Faith, to the Secretary of State and to a host of other Vatican departments but received no reply. In 2015 she published a ‘whistle blowers’ book documenting the abuse. Only then did the Vatican order investigation. In 2017 they found that Figari “sexually assaulted at least one child, manipulated, sexually abused or harmed several other young people and physically or psychologically abused dozens of others”. He denied the charges and was ordered by the Vatican to “live a life of prayer” in Rome. 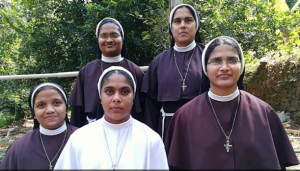 between 2014 and 2016, the rape was reported  to 3 bishops, a cardinal and 2 auxilliaries but no action was taken. Sister Anupama and four of her companions led protests demanding his arrest. Mulakkal, 54, a senior member of the Roman Catholic clergy and head of its Jalandhar diocese denied the charge.He is currently out on bail as the case is being heard in court. According to Sister Anupama,  the  ‘Save our Sisters’  (SOS) forum at Kochi’s Vanchi square last year has resulted in victimisation, an act of vengeance by the church. The sisters no longer feel safe.

Nuns are speaking of systemic abuse with priestly grooming tactics e.g. comments such as “I’m showing you God’s love’ as an example of clericalism laying claim to entitlement. An  immunised clergy exerting financial control and spiritual authority over dependent consecrated nuns.