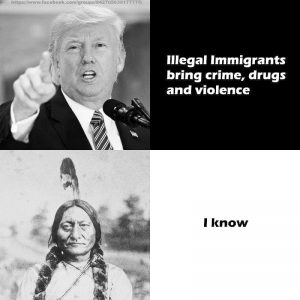 A HISTORY REMINDER FOR PRESIDENT TRUMP OF THOSE WHO CAME BEFORE

The term ‘Pre Columbian’ civilizations refers to societies affected by the arrival of Columbus in 1492 and the subsequent colonisation by Europeans. Geographically Mesoamerica includes Central Mexico to Belize, Guatemala, El Salvador, Honduras, Nicaragua and Cost Rica. These ancient societies combined moral codes and spiritual beliefs with the sciences of astronomy, physics and medicine with advanced skills in ceramics and metallurgy.

Amerindians are the indigenous people of North, Central and South America, their history dates back 30,000 years. At the end of the Ice Age their ancestors journeyed from their original home in Siberia, across the Bering land bridge and into Alaska.  By 8,000 BC their descendants, the Native Americans had spread across the entire north American continent. From around 5,500 BC Amerindians became highly skilled farmers, tribes in Mexico cultivated vegetables, raised animals for food and hunted deer and bison, while fish became the staple food of coastal tribes.  After 2000 BC Amerindian tribes developed States, each governing thousands of people with extensive trade routes and established shipping lines across the continents. Their innovative planting and  irrigation schemes ensured their people were fed. The idea of private land ownership was alien to them, land was held communally and worked collectively.

Columbus landed in the Caribbean in 1492 en route to Asia, following which the Spanish colonised the Caribbean, conquering Mexico in 1522.  A  French attempt to settle a colony in Florida threatened Spanish trade routes and was destroyed, the Spanish later established the first permanent settlement ‘St Augustine’ in what would become the United States of America.  In 1585 Walter Raleigh attempted to establish the first British colony off the coast of North Carolina for England, it failed but in 1607 the Jamestown colony succeeded and the European migration began in earnest.

THE FIRST EUROPEAN SETTLERS WERE WELCOMED BY THE INDIGENOUS POPULATION WITH MUTUALLY BENEFICIAL TRADING AND TREATIES ESTABLISHED . THE COLONISTS RECEIVED ENCOURAGEMENT FROM  NATIVE AMERICAN LEADERS TO UNITE AND ESTABLISH THEIR OWN NATION.

During a meeting of the Provincial Council of Pennsylvania in Lancaster on June 25, 1744. Canassatego of the Onondaga tribe suggested that the colonists form a nation similar to the Iroquois Confederacy.  According to the director of the Historical Society of Pennsylvania, the council minutes show Canassatego’s statement of proposed unity.

‘RECEIVE THESE YOUR BRETHREN WITH OPEN ARMS; UNITE YOURSELVES TO THEM IN THE COVENANT CHAIN AND BE YOU WITH THEM AS ONE BODY AND SOUL’

Half of the names of U.S. states  such as Arizona, Connecticut, Kentucky, and Missouri are derived from Amerindian words. On June 11, 1776 while the question 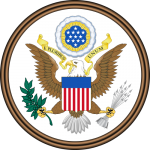 of independence was being debated, visiting Iroquois chiefs were formally invited into the meeting hall of the Continental Congress. The structure of the Iroquois Confederacy impressed the American colonists. The eagle, symbolizing the Iroquois Confederacy, held six arrows, one for each of the Six Nations. The eagle on the American seal holds 13 arrows, one for each of the 13 original states. Chief Oren Lyons, an Onondaga and an associate professor of American studies at the State University at Buffalo has commented ‘If Americans are going to celebrate the anniversary of their Constitution, we figure we had better tell them where the idea came from,” 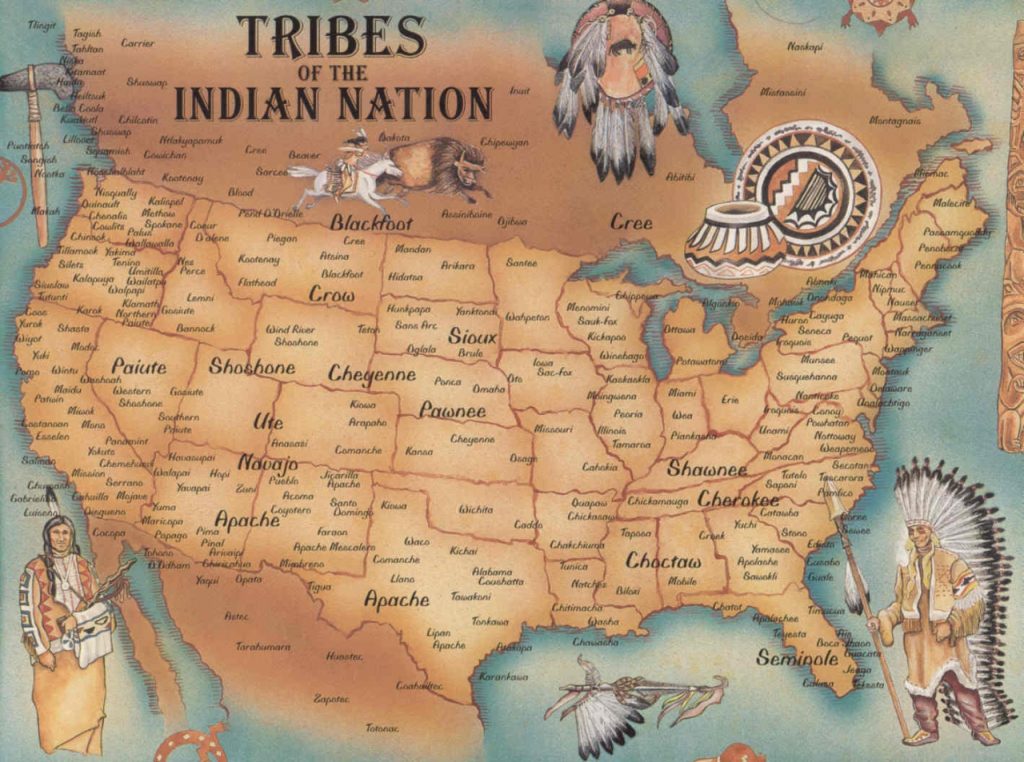 There was an expectation in the U.S. Constitution that the practises toward the Indian nations would be based on mutual agreements and consent, instead after the Constitution was written the Government enacted laws allowing the seizure of Indian land resulting in deliberate dispossession and forced relocation to Reservations.  When gold was discovered in the sacred Black Hills of Dakota, treaties were broken, culminating in the Battle of Wounded Knee when the Six Nations led by Sitting Bull defeated General Custer. The polarisation of the two nations is demonstrated in the lament:

You ask me to plow the ground!

Shall I take a knife and tear my mother’s bosom?

Then when I die she will not take me to her bosom to rest.

You ask me to dig for stone! Shall I dig under her skin for her bones?

Then When I die I cannot enter her body to be born again.

You ask me to cut grass and make hay and sell it, and be rich like white men!

But how dare I cut off my mother’s hair?

US expansionist policies and the American belief in ‘manifest destiny’ led to the Mexican/American War of 1846. America annexed more than 500,000 square miles (1,300,000 square km) of Mexican territory as the New Mexico Territory. Mexico is now the largest source of immigrants to the United States, however numbers have steadily declined since 2010 with more people leaving the US for Mexico than arriving. Over one million U.S. citizens live in Mexico.  Today, migrants from Mexico and Central America, fleeing poverty and violence in an attempt to share in the unequal wealth European colonists founded on their misappropriated land are met with a policy of ‘Zero Tolerance’.  Some 15,000 migrant children, including adolescents who crossed the border alone and young children who were separated from their parents, are warehoused in more than 100 shelters in the United States. An 8 year old boy and a 7 year old girl have died in recent weeks. The American Dream it seems is not for the Dreamers.

THE UNITED STATES IS A SETTLER COLONIAL SOCIETY,

ALL AMERICANS WITH THE EXCEPTION OF NATIVE AMERICANS

CAN TRACE THEIR ANCESTRY TO SOMEONE BORN IN ANOTHER COUNTRY.

Today the strategy of inflicting pain by making impossible demands continues, American citizens now fall victim to the daily abuse of presidential power and demands to work without pay. The words of Canassatego of the Onondaga  seem more pertinent than ever:

‘Our wise forefathers established a union and amity between the (original) Five Nations. This has made us formidable. This has given us great weight and authority with our neighbouring nations. We are a powerful Confederacy and by you observing the same methods our wise forefathers have taken you will acquire much strength and power, therefore whatever befalls you, do not fall out with one another.’