So many people die annually from gunfire in the US that the death toll between 1968 and 2011 eclipses all wars ever fought by the country.

According to research by Politifact, there were about 1.4 million firearm deaths in that period, compared with 1.2 million US deaths in every conflict from the War of Independence to Iraq. The US spends more than a trillion dollars per year defending itself against terrorism, which kills a tiny fraction of the number of people killed by ordinary gun crime.

The particular horror of the  Sandy Hook shooting shocked the world, it was assumed that the massacre of 20 children between the ages of 6 and 7 years old would 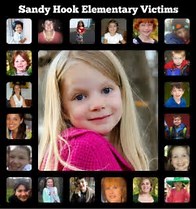 initiate stronger gun control. It did not. The National Rifle Association boasted that  its membership surged to around five million in the aftermath. There have been more than 1,500 mass shootings since Sandy Hook, at least 239 were school shootings In which 438 people were shot, 138 being killed. Researchers and gun control advocates say that since 2013, they have logged school shootings at a rate of about one a week. Katherine W. Schweit, a former senior F.B.I. official and the co-author of a study of 160 active shooting incidents in the United States said, “We have absolutely become numb to these kinds of shootings, and I think that will continue.”

The  2nd Amendment of the Constitution of 1791 states: “A well regulated Militia, being necessary to the security of a free State, the right of the people to keep and bear Arms, shall not be infringed.”  It is hotly defended, perhaps reflects the degree of mistrust of government.   There is no consensus on what portion of mass killers show signs of mental illness. Estimates range from 20 percent with serious, disabling mental illnesses to as much as 60 percent, according to The American Journal of Public Health. Opinion polls illustrate the degree of division by party affiliation. 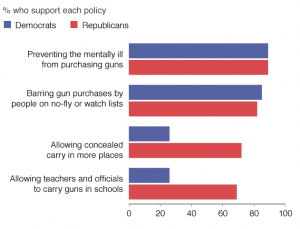 IT DOESN’T HAVE TO BE THIS WAY: UK,  Japan, Australia and Germany all have tight gun control and have drastically reduced gun homicides.

AUSTRALIA, a country where guns had long been accepted as part of ‘bush culture’ responded swiftly to the worst mass shooting in its history in 1996 by imposing a sweeping package of gun reforms requiring licensing and registration. A ‘buy back’ policy for those who did not comply led to the melting down of more than 65,000 firearms at a cost in todays terms of £185 million. (over $258 million dollars).  Later research concluded that the buy back cut the rate of suicides by  74% in the first 10 years. Prior to the gun reform there had been 13 mass shootings, there have been none since.

JAPAN has  laws against owning a gun, owning bullets, and discharging a firearm and has almost eradicated gun crime,  Any sort of interaction with guns is illegal in Japan, only a small portion of the population can own a gun, there are many restrictions unless you’re licensed, or with the police or military. Handguns and semi-automatic weapons are strictly forbidden. Applicants for firearms licences must attend an all-day class, take a written exam and pass a shooting-range test with a mark of at least 95%. There are also mental health and drugs tests with criminal record checks,  police also look for links to extremist groups, checking relatives and work colleagues. License holders  can only buy fresh cartridges  by returning the spent cartridges you bought on your last visit. Police also have sweeping powers to search and seize weapons. There were only 6 gun related deaths in 2014.

THE UK has one of the lowest rates of gun homicides. In 1987 a single gunman went on a rampage in Hungerford in the UK, killing 16 people 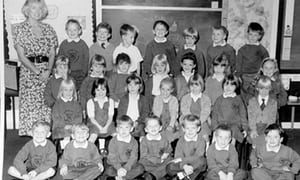 and himself, he was carrying a handgun and 2 semi automatic rifles. In response legislation banned semi automatic and pump action weapons with mandatory registration for shotgun owners. 1997 brought a further ban on handguns in response to public demand, following the Dunblane massacre of sixteen 5 and 6 year olds along with their teacher who tried to protect them. Since that time there has been only one mass shooting in the UK when 12 people were killed by a single shooter on a rampage.

GERMANY has one of the lowest gun homicide rates in Europe. It is the only country in the world requiring anyone under 25 applying for their first firearms  license to undergo psychiatric evaluation with a trained counsellor, involving personality and anger management tests. Existing license holders over the age of 25 may be called in for psychiatric evaluation if they display concerning behaviour or are caught drink driving. Inherited guns must be fitted with a blocking device making them unusable. New legislation has made it harder to own multiple weapons. Incidents of gun crime in Germany have reducing by almost a quarter since 2010.