Survivors accounts given to the Royal Commission  speak of the life long psychological  damage as a result of abuse by priests and the failure to make them accountable.Of all the survivors who reported abuse in religious institutions, more than 60 per cent said it had happened at the hands of the Catholic Church, the average age of abuse victims at Catholic institutions was 11 years old. The royal commission report said the Catholics had demonstrated “catastrophic failures of leadership”, particularly before the 1990s. The Commission   called for sweeping  legislative and policy changes, one of which would force priests to inform the police of anyone who confessed  to the sexual abuse of children, stating that there should be “no excuse, protection nor privilege” for clergy and  recommending that priests should face criminal charges for failing to report information heard during confession. 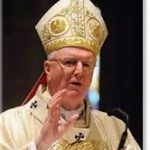 Conference, has said he would  ‘rather  go to jail  than break the sanctity of the confessional.‘ The Confessional Seal prevents any Catholic priest disclosing information given in confidence in confession, it applies even to the most serious crimes including where someone admits to  the sexual abuse of children. The cardinal regards the Confessional Seal  ‘to be of higher importance than any legislation’ and explained:  “The penalty for any priest breaking the seal is excommunication, being cast out of the church, so it’s a real, serious, spiritual matter,” he said.. For whom, we might ask?  For few people could think of a more ‘real, serious spiritual matter’ than the sexual abuse of children.The cardinals comments follow the 2017 report by Australia’s Royal Commission into child sexual abuse.

Father Alexander Lucie-Smith, a Doctor of moral theology and Editor of The Catholic Times comments on the sanctity of the confessional and ‘the predictable lack of understanding from those who are not Catholic’ states: 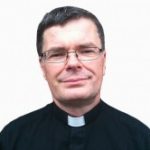 ‘there are certain things that are intrinsically private. Phone hacking is illegal in this country, not many have any problem with that. If the contents of your phone are private, how much more so should be the contents of your confession……. hard as it may seem, even criminals need to have a person to whom they can speak and whom they can trust absolutely. Every Catholic has the right, and so does every criminal Catholic.’ We would surely all agree  that everyone has the right to speak to a priest but equating  phone hacking with secrecy over the potential sexual abuse of children is questionable. To his statement: “There is a higher law than that of England, after all, and a greater Judge than any who sits on the English bench.‘ …  to which we might add  ‘or on the papal throne’

The Catholic church governs its clergy through papal pronouncements which establishes Canon Law which from the 12th century decreed that any priest found guilty of of sexual abuse with a minor should be dismissed from the priesthood and handed over to the civil authority for punishment in accordance with the civil law. In 1741 Pope Benedict XIV discarded these decrees and five years later, Pope Pius XI issued his 1922 decree  ‘Crimen Sollicitationis‘ imposing the “secret of the Holy Office”,  a “permanent silence” on all information the Church obtained through its  investigations of clergy sex abuse of children. There were no exceptions to allow the reporting of these crimes to the civil authorities. 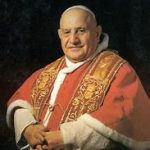 relations between the Catholic church and the modern world. The resissued  Crimen Sollicitationis”  was sent to every bishop in the world. It gives instruction on how to proceed with  priests accused of  breaking the Seal of the Confessional. The 1962  Instruction  included a short section  “Crimen pessimum” (the worst crime) which dealt with same-sex clerical misconduct and extended to the  crime of sexual abuse of prepubescent children and to bestiality. A “pastoral attitude” to misconduct was preferred  and a “therapeutic model” often prevailed,  the bishop was expected to “heal” rather than “punish” offending priests. The instructions outline a policy of ‘strictest secrecy‘ in dealing with allegations of sexual abuse, threatening those who speak out with excommunication. They also call for the victim to take an oath of secrecy at the time of making a complaint to Church officials. It states that the instructions are to ‘be diligently stored in the secret archives of the Curia [Vatican] as strictly confidential. ‘Nor is it to be published nor added to with any commentaries.’ It has been described by lawyers today as ‘a devious attempt to conceal criminal conduct and is a blueprint for deception and concealment.‘ 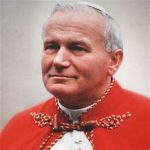 Canon Law was updated by Pope John Paul II  in 1983 through  ‘Motu proprio sacramentorum sanctitatis tutela’ again confirming the ‘pontifical secret’ but demands that ‘the Church itself, in her pastoral solicitude, intervene to avert dangers of violation’……  ‘and whenever necessary, proceeds to declare or impose canonical sanctions according to the norm of both common or proper law.” In 2001 four years before his death and already in poor health, John Paul II issued ‘ Motu proprio SST‘ which gave exclusive responsibility to the Congregation for the Doctrine of the Faith in handling a number of particularly serious cases, including, clerical sexual abuse of minors. The maintenance of secrecy for these crimes is imposed by Article 25 ‘on all allegations and proceedings relating to child sexual abuse by clerics.‘ This information was made public only gradually, at first on a need to know basis by Cardinal Ratzinger (later Pope Benedict)  Head of the Congregation for the Doctrine of the Faith for 20 years, ensuring such cases were dealt with internally by the church.

Nine years later the Vatican under the papacy of Pope Benedict (as successor to Pope John Paul ll) further modified the text. Article 30 again imposed the ‘pontifical secret’ on these cases.  Pope Benedict XVI  gave his approval  of the revised text in 2010. This document is central to Vatican instructions on the conduct of priests, If they fail to adhere to the instruction they risk severe penalty  but if they obey they are technically in breach of criminal law. The current spotlight on clerical sexual abuse perhaps highlights  the anachronism of medieval laws which govern the Catholic church.

The purpose of this series is to raise awareness of the institutional sexual abuse within the  church and to remember the survivors and the many dedicated, courageous priests who continue to serve their communities.