ON THE 72nd ANNIVERSARY OF NAKBA DAY (15th May)  PALESTINIAN PROTESTS WERE CANCELLED DUE TO THE COVID1- PANDEMIC. PALESTINIANS  RESORTED TO SOCIAL MEDIA TO  REMIND THE WORLD OF THE ETHNIC CLEANSING OF 1948 AND THEIR CONTINUED FIGHT FOR A RETURN TO THEIR HOMELAND.

NAKBA DAY  (The Day of Catastrophe) marks the anniversary of the day hundreds of thousands of Palestinians were ethnically cleansed, forcibly evicted from their homes by 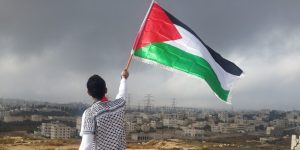 Zionist paramilitaries, ushering in the declaration of the State of Israel. (Zionism is a political and not a religious movement). The event triggered an attack on Israel by adjacent Arab States. Of the thousands of Palestinians  who  were scattered across refugee camps in the occupied West Bank, the Gaza Strip, and Palestine’s neighbouring countries, most never returned home. Now, over five million Palestinian refugees are estimated to be still displaced.

ISRAELI COMMENT: “A Jewish state would not have come into being without the uprooting of 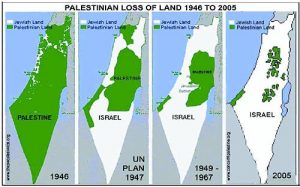 IN THE SAME YEARS THE UNITED NATIONS GENERAL ASSEMBLY ADOPTED THE UNIVERSAL DECLARATION OF HUMAN RIGHTS.

It states: “Whereas recognition of the inherent dignity and 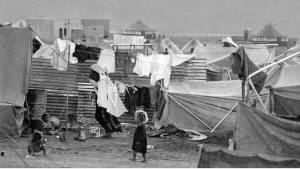 of the equal and inalienable rights of all members of the human family is the foundation of freedom, justice and peace in the world,….. it is essential, if man is not to be compelled to have recourse, as a last resort, to rebellion against tyranny and oppression, that human rights should be protected by the rule of law,”  Article 1.  All human beings are born free and equal in dignity and rights. They are endowed with reason and conscience and should act towards one another in a spirit of brotherhood.

Article 2.  Everyone is entitled to all the rights and freedoms set forth in this Declaration, without 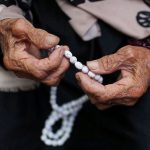 distinction of any kind, such as race, colour, sex, language, religion, political or other opinion, national or social origin, property, birth or other status. Furthermore, no distinction shall be made on the basis of the political, jurisdictional or international status of the country or territory to which a person belongs, whether it be independent, trust, non-self-governing or under any other limitation of sovereignty.

The 1967 6 day Arab-Israeli War followed a supposed rise of Arab unification and a further failed attempt to restore Palestinian lands. This resulted in the 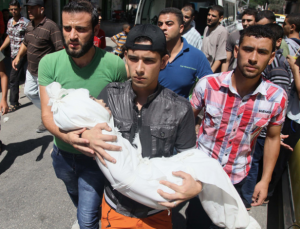 occupation  by Israel of The Golan Heights, The Sinai Peninsula and the Gaza Strip. The  United Nations Security Council Resolution 242   called for “the establishment of a just and lasting peace in the Middle East” to be achieved by “the application of both the following principles: … Withdrawal of Israeli armed forces from territories occupied in the recent conflict … Termination of all claims or states of belligerency and respect for the right of every state in the area to live in peace within secure and recognized boundaries.” Part of the Golan Heights and the Sinai Peninsula were ceded in the Camp David Peace Accord between Egypt and Israel  in 1978, leaving the West  Bank and Gaza Strip under Israeli occupation.

Israel  prefers the term  ‘disputed territories’ denying its occupation.  The United Nations, Human Rights Watch and many other international bodies consider Israel to be the occupying power as it controls Gaza Strip’s airspace, territorial waters and  the movement of people or goods in or out of Gaza by air or sea.  Gaza remains one of the most densely populated places on Earth with a total area of 365 km, a population of over 1.7 million and eight over-crowded, under-resourced refugee camps. Its economy is at a standstill, half of its children are malnourished and people do not have  access to adequate medical care.

The Israeli occupation of Palestine is the 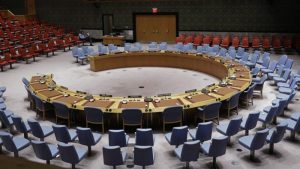 longest military occupation in modern history.  Israeli illegal blockades, indiscriminate bombing, torture and imprisonment without trial are considered by many as war crimes. Palestinians continue to live in the shadow of the wall erected by Israel with restricted access to their holy shrines.

Today Israeli settlements  which have been declared  illegal by the impotent United Nations continue the policy of land dispossession.

SYRIA AND THE GOLAN HEIGHTS – A Pocket History for Trump)