‘Light bodies’ can seem like a euphemism unless we understand the basic structure and anatomy of the subtle energy system. We acknowledge that human beings operate from a gross physical body, influenced to some degree by thoughts and feelings which reflect individual personality. We are taught that thoughts are a response to chemical interaction in the brain and that emotions are a response by the endocrine system to the neurological processes. Both statements are partially true but fail to take into account the primary stimulus. 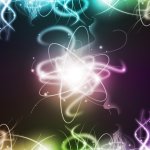 What is it that activates the brain chemistry and triggers sensory reaction? The answer is Light. A photon is the smallest measurable element of electromagnetic radiation, a form of radiant energy, the origin and movement are as yet little understood.

Biological research now proves that cells communicate with each other through a process of electrical discharge. Biophotons (from the Greek βίος meaning ‘life’ and φῶς meaning ‘light’) act upon the entire electromagnetic spectrum transferring information through each of its layers. Biophotons emitted by the human body therefore modulate fundamental physiological processes. (See: Molecules of Emotion by Candace Pert)

consciousness itself resides within this light which is downloaded from the source  ie a higher level of consciousness, via the subtle energy system. If this is so we would do well to investigate the pathways of that light for in doing so the origins are  revealed to us. If we consider thoughts and feelings as distinct energetic fields which interconnect with the physical body we begin to glimpse the complex light network of subtle bodies which operate beyond the physical. 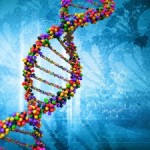 We know that science is a work in progress. On the discovery of the DNA molecule in 1953 Frances Crick commented ‘We have discovered the secret of life’, decades later we now know that one small but important piece of the puzzle had been revealed. DNA provides genetic information of the 46 chromosomes in 23 pairs found in the nucleus of each cell. At conception we inherit one chromosome from the father and one from the mother, together they provide the blueprint for the developing child. Until recently it was believed that this was the determining factor for who or what we would each become. This ignored the fact that we are multi dimensional beings of spiritual origin. 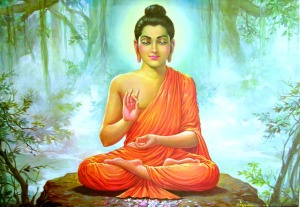 Quantum science has revealed that the electrical circuitry which issues commands to the cells, is itself governed by our thought patterns which are shaped by our beliefs. This confirms statements made by the Buddha 2,500 years ago:

‘We are shaped by our thoughts’

‘With our thoughts we shape the world’