WHAT WOULD BE THE MOTIVE FOR WITHHOLDING POTENTIALLY CONTROVERSIAL INFORMATION – IS IT THAT THE PUBLIC ARE DEEMED INCAPABLE OF UNDERSTANDING, OR IS IT THAT WE MIGHT?

Is the public aware or unaware that all the currently authorised COVID-19 vaccines are developed from fetal cell lines derived from the tissue of aborted fetuses?  This is confirmed by scientists and researchers as ‘standard  procedure in vaccine research’ with multiple papers published online as early as May 2020.

THIS IS NOT A DEBATE ABOUT ABORTION BUT ABOUT INFORMED CONSENT, THE RIGHT TO KNOW WHAT IS IN ANY VACCINE IN ORDER TO DECIDE WHETHER TO PUT IT IN OUR ARM…… 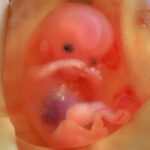 intent to hide vaccine information from the public, sparking international debate. The emails, admitting the use of fetal cell lines in vaccines (originally derived from tissues harvested from clinical abortions) is information likely to have generated negative public response, potentially impacting upon the Covid vaccine programme… one of many potential reasons for secrecy.

The fetal cell line referred to in the Pfizer emails (HEK293T) is one of the major cell lines in use in vaccine development and was obtained from the kidney cells of a female fetus aborted in 1973.

SO WHAT ARE CELL LINES?

To be clear, fetal cell lines are cells grown in a laboratory, cultivated from tissues harvested from clinical abortions. Current fetal cell lines all descend from cells taken from the tissues of abortions in the 1970s and 1980s, they are thousands of generations removed from the original laboratory procedures and no longer contain fetal tissue, other than at the bio-molecular level. 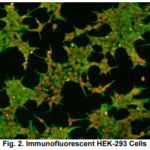 Netherlands by Frank Graham, a young Canadian working in the laboratory of Professor Alex van der Eb, a Dutch molecular biologist and virologist.  Normally, a cell has a finite number of divisions but Graham managed to modify these cells so that they divide ad infinitum.

‘Immortalized cell lines’ are established by culturing fetal cells in such a way that they continue growing and multiplying in laboratory dishes indefinitely.  The cells from 1970s and 1980s aborted tissue have multiplied over four or five decades, creating specific fetal cell lines, propagated and kept frozen they are still used today. Viruses grown in fetal cells are then harvested, the resulting cells are very easy to work with and have 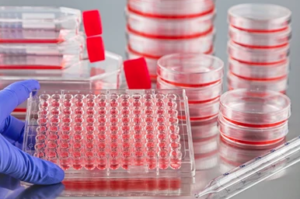 become the workhorses of cellular biology used in the development of drugs and vaccines. Cell lines age and can only be replicated so many times, these are over 60 years old, therefore new cell lines are being developed. In 2015, China developed another fetal cell line, the WalVax-2 strain.

The WI-38 and MRC-5 cell lines contain human diploid cells which were originally prepared from tissues of aborted fetuses in 1964 and 1970  are used for the preparation of vaccines based on live attenuated (weakened) virus.  The WI-38 line, a diploid human cell line is composed of fibroblasts derived from lung tissue of a 3-month-gestation female fetus. (Fibroblasts are the most common type of cell found in connective tissue.) The fetus came from the elective abortion of a Swedish woman in 1962, and was used without her knowledge or permission.

Vaccine technology raises tremendous ethical, moral, and health concerns, not least  for parents. In the 1960s monkey kidney cells were being used to make the Salk and Sabin polio vaccines however SV40 (simian monkey virus) was discovered in the monkey kidney cells, Tens of millions of American and British children were exposed to the contaminated polio vaccine before the WI-38 human cell line was subsequently used. In the late 1960s, there was concern that a vaccine using human cells could be contaminated with other pathogens and today numerous virologists, molecular biologists and other health care professionals continue to voice concerns about the potential risks of the use of aborted fetal cells. 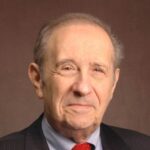 University, referred to as ‘the godfather of vaccine’ was subpoenaed to testify in a divorce case where the parents disagreed about vaccination. Plotkin, who worked on developing the rubella vaccine grown on aborted fetal tissue, explained how co-workers harvested the tissues from aborted fetuses, dissected and cultured them; 76 aborted fetuses were studied in order to find one whose cells could be used to make the vaccine. Fetus parts used were from the pituitary gland, skin, kidney, spleen, heart, and tongue.

Some live virus vaccines contain human DNA fragments, these include  measles, mumps, rubella, chicken pox, shingles, rotavirus, adenovirus and rabies, possible consequences of their use are unknown. According to Plotkin, injecting intact DNA is theoretically problematic which is why they fragmented it. Intact human DNA was recently discovered in a vaccine by Corveleva, an independent lab that has been analyzing vaccine contents. DNA can be a concern related to vaccines in two ways — because it is the vaccine’s active ingredient, such as in adenovirus-based vaccines, or as a manufacturing byproduct following growth of vaccine virus in human fetal cells.

Greater transparency is needed and surely we have a right to know what is in vaccines in order to make a decision. Long term effects of vaccines are not part of clinical trials and are not required under current legislation. Section 13 of each vaccine package insert is a disclaimer stating that the vaccine has not been studied to determine if the vaccine can cause genetic mutations, cancer, or impaired fertility. Complacency and misplaced trust is a dereliction of the individual responsibility each of us carry as global citizens.  Confronting the well meaning actions of those entrusted with our care or the smug arrogance of those who believe they know more than they do, requires courage. Safeguarding health is a noble endeavour dependent upon vigilance and compliance with the highest ethics to avoid complacency or the hypocrisy of false refuges which would  ultimately incur a cost too great to bear.