A FURTHER 700 BODIES MOST OF THEM CHILDREN, HAVE BEEN LOCATED IN UNMARKED GRAVES IN SASKATCHEWAN IN THE UNFOLDING STORY OF CANADA’S CULTURAL GENOCIDE OF INDIGENOUS PEOPLES.

In a predictable carefully worded statement, Richard Gagnon, Archbishop of Winnipeg and President of the Canadian Conference of Catholic Bishops had expressed “our deepest sorrow for the heartrending loss of the children at the former Kamloops Indian Residential School.” Psychologists speak of ‘distancing language’ used by abusers (in this case the Catholic church) to distance themselves from the consequence of their crimes. The 215 children are symbolic of the true ‘loss’, the lost 1st Nation who were systematically abducted, persecuted, neglected, abused, even tortured and killed in an effort to obliterate their cultural and religious traditions.

From the 19th century until the 1970s, more than 150,000 First Nations children were required to attend state-funded Institutions, church schools most of which were Catholic.  and  forced to convert to Christianity. Those who refused suffered the most extreme penalties, many concealed in unmarked graves to ensure parents and the authorities could never discover the truth.

IN 2014 THE TRUTH AND RECONCILIATION COMMISSION HAD DEFINED THE GOVERNMENT POLICY AS CULTURAL GENOCIDE AND MADE 94 ‘CALLS TO ACTION’, ONE OF WHICH RECOMMENDED A PAPAL APOLOGY.

In 2016 Canadian bishops issued an invitation to Pope Francis to deliver an apology on Canadian soil. The outgoing president of the Canadian Conference of Catholic Bishops urged caution, stating “the matter had to be considered carefully because it can be really expensive…. “. We must assume he was alluding to potential compensation claims. 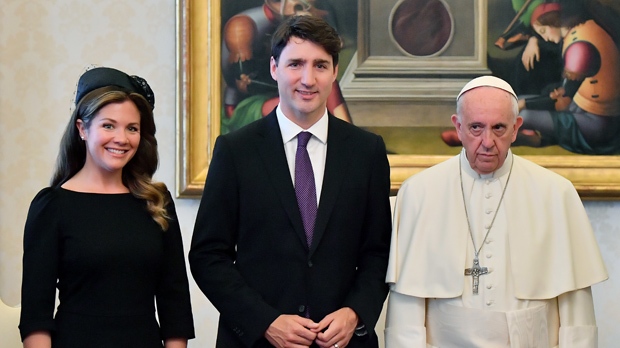 In May 2017, Justin Trudeau the Canadian Prime Minister repeated the request during an official visit to the Vatican.  In March 2018  it was announced that Pope Francis would not be delivering an apology: ‘after carefully considering the request and extensive dialogue with the bishops of Canada, he (the pope) felt that he could not personally respond”

The implications of generational trauma is now understood. Indigenous leaders have cited the legacy of abuse, separation and isolation as the root cause of epidemic rates of mental health issues, alcoholism, drug addiction and suicide on Reservations. The 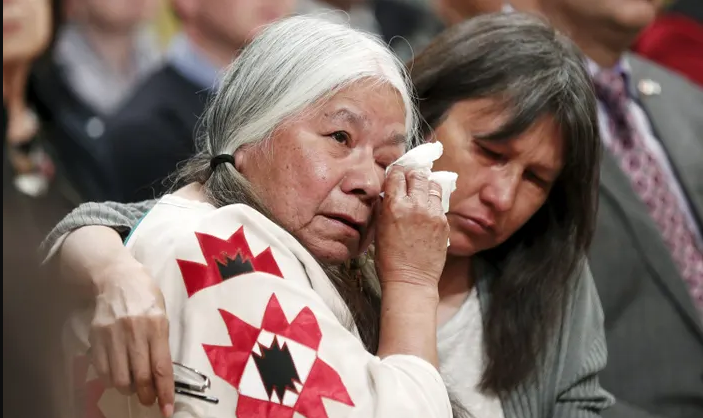 discoveries will inevitably reignite trauma memories and PTSD for many. Chief Harvey McLeod of the Upper Nicola Band attended the Kamloops residential school for two years as did both his parents, and his eight siblings. Following the discovery on May 27th, he recalled the two years that he attended. “I know that there were incidents happening there because I went through a lot of experiences myself. I know people that just disappeared, and we assumed that they ran away and got away and are at home somewhere, but never did see them again,” said McLeod.“It’s going to take a lot of strength to walk with our people while they remember the hurt and pain from that school.  He describes how the residential school system scarred generations in his family. The physical and sexual abuse he suffered at the school in Kamloops terrorised him, his family and his classmates. ” In 1966 I was a person that didn’t want to live anymore, it changed me,” he said, comparing the trauma to that of a prisoner of war.

The Report by the Commission had estimated that more than 6,000 children died while at residential schools over a period of several decades, but acknowledged it was impossible to know the true number
In 2019, PierreTrudeau and his government publicly accepted that the harm inflicted on indigenous peoples in Canada amounted to genocide as defined by the United Nations and apologised publicly. The papal apology is yet to materialize.