HONOURING THE LIFE OF JESUS AT EASTER

On the Thursday at the end of the week of celebrations to mark the Jewish Feast of Passover the disciples met with Jesus to celebrate the feast together. This commemorated a historical event in Jewish history, still celebrated today which marks the end of 400 years of captivity of the Israelites in Egypt (1446 BCE) when Moses their leader was commanded by God to instruct the pharaoh to “Let my people go”. When Pharaoh refused, twelve consecutive plagues resulted, culminating in the death of the eldest son of each Egyptian family. Tradition holds that the Angel of Death ‘Passed over’ the houses of the Israelites and Pharaoh freed them.

As Jesus and the disciples ate a supper together he shocked the disciples by indicating that he would soon leave them. This became their ‘last supper’. 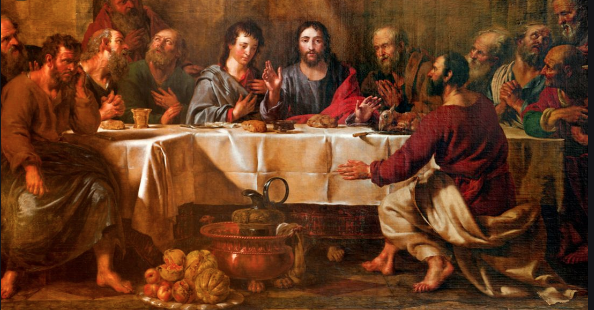 He broke the bread and said: “This is my body broken for you, eat in remembrance of me.” He gave them wine to drink saying: “This is my blood, drink in remembrance of me.”  This later became the sacred ritual performed by his followers in his memory, referred to today as taking Communion, as he asked.  Jesus talked to them of what was to come saying: “This night one of you will betray me,”  but they did not understand. Judas Iscariot one of the disciples, slipped away to meet with the High Priest, having arranged to betray Jesus to the authorities. 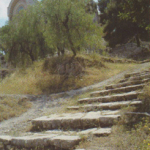 At the end of the day Jesus and his disciples retired to the Garden of Gethsemane, a place where they often met together. Here Jesus asked the disciples to watch with him while he prayed for strength in his coming ordeal . When he returned he found them sleeping and said ‘Could you not watch with me one hour?’ 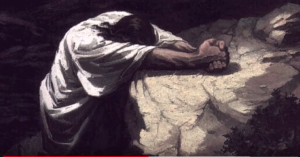 The Temple Guards arrived to arrest Jesus and Judas Iscariot identified him by kissing him on the cheek, the origin of the term ‘Judas’ as one who betrays another. Jesus was bound and led away to be interrogated by the High Priest. 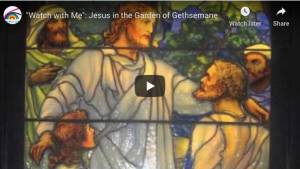