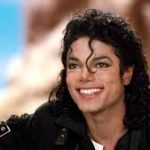 Jackson, force us to separate the man from the music in order to further consider the links between celebrity and pedophilia.  Child molestation is the most abhorrent crime and the most difficult to prove or to accept even when the evidence is clear.  For family, friends and admirers who are deeply invested emotionally, it can prove impossible because public perception is that those who commit sexual abuse are monsters incapable of love or tenderness. Research increasingly shows that children often have no perception at the time that they are being subjected to abuse due to the grooming process.

Acceptance of such a horrific crime is irreconcilable with the public image of a celebrity who for many, felt like a personal friend for many years. For decades Michael Jackson was not only the most famous recording star on the planet, he was a humanitarian, not just adored but worshipped by a legion of fans for who he expressed a vision of hope.  His generosity was legendary. In 2006 it was confirmed that he donated $300 million to charity, this now exceeds $500 million, he holds the Guinness world record for donating the maximum amount of money as an entertainer. The eternal Peter Pan, he named his home Neverland after the fictional island where children cease to age. As an artist he excelled, inspiring millions 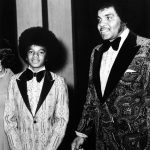 and providing the soundtrack to our lives through the decades. Jackson’s childhood was marred by the excessive demands of a bullying father and his own insatiable need to express his creative genius. His attempts to recreate his lost childhood by creating a fantasy world which he shared with young boys, the childhood friends he never had, were indulged by adoring fans and admirers. A unique ability to touch people and to give them a voice, jarred with behaviour which was at best strange and at worst alarming but dismissed as endearingly innocent and understandable as we collectively forgave his ‘eccentricities’.

Child sexual abuse is notoriously difficult to prove, those who testify are frequently not believed, this is compounded when the accused person is a wealthy celebrity in a privileged position with access to the best lawyers. Accusations of child abuse against Michael Jackson were repeatedly dismissed over the years as an attempt to discredit him or for financial gain. In 1993 Evan Chandler, a dentist, accused Jackson of sexually abusing his son, in January 1994 a criminal investigation was closed with a reported agreed out of court settlement of $23,000,000.  In  2004, Jackson was charged with 7 counts related to sexual abuse of a minor, 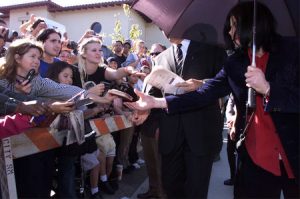 the prosecution bringing 140 witness testimonies. Santa Brabara Senior Assistant District Attorney, Ron Zonen, said of pornographic material found at the ranch “A lot of this stuff was used to desensitise the children”.  A former chef at the Neverland Ranch testified that they had witnessed Jackson act inappropriately towards Macaulay Culkin, alleging that he had seen the singer with his hand down the actor’s pants. Jackson’s former personal maid also attested to witnessing inappropriate behaviour between the Home Alone actor – along with three other boys – and her employer.  Macaulay Culkin initially expressed reluctance to testify but was eventually called as a defence witness, effectively demolishing the highly-publicised trial. Jackson was found not guilty on all counts.

Childhood perception of sexual abuse at an early age is often skewed due to the manipulation of the abuser, leading to psychological trauma which can take years of counselling to overcome.  Jason Francia, the son of Jackson’s former maid had told police in 1993 that Jackson had touched him inappropriately and testified during Jackson’s 2005 trial, that the abuse took place when he was ten years old. “I was wearing shorts… He reached on my leg and he reached up and into my privates. When the prosecution asked Francia, who was 24 by this time, whether Jackson had ever done anything to make him feel uncomfortable, he responded: “I may not have felt uncomfortable at seven years old but when I think of it now I think that’s wrong, that shouldn’t have been done. It’s taken a lot of counselling just to tell you”.  In 2005 ABC’s 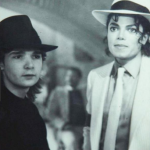 Martin Bashir asked Cory Feldman, an abuse survivor himself,  whether or not he had been shown inappropriate imagery by Jackson as a young teen. Feldman  responded: “If you consider it inappropriate for a man to look at a book of naked pictures with a child that’s 13 or 14 years old, then your answer would be ‘yes’.” Today, as a survivor of sexual abuse and an advocate,  he states that while he was never sexually abused by Jackson  “he  can no longer in good conscience  defend anyone who’s being accused of such horrendous things.”

Without an understanding of the complexities of pedophilia it is difficult to accept the many reasons for non disclosure and even more difficult to understand why survivors come forward often decades later, after denying abuse ever took place or even having defended their abuser. The documentary ‘Leaving Neverland’, demonstrates the complex effects of prolonged sexual abuse, the conflicted feelings which allow a survivor to develop a deep emotional bond, even a loving connection with the abuser, particularly if the abuse begins at an early age.  Now young men, accusers Wade Robson and James Safechuck, attempt to explain the grooming process which convinced each of them to believe that they were special and that the behaviour was normal, natural and loving. 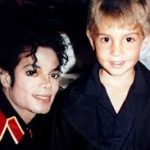 Wade was 7 and Safechuck 9 when the abuse is alleged to have begun. They describe how Jackson, used his celebrity to groom each of them, taking them on tour, sharing the stage with them and starring in commercials with them, offering toys, jewellery and money while allegedly abused them sexually over a number of years. Robson says Jackson gave him the famous red jacket worn in the music video; James Safechuck’s hands tremble as he holds a 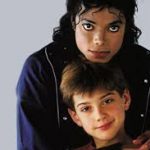 jewellery box containing the tokens he says Jackson bought him including the ring given to him during a mock wedding ceremony.  Both state that as they grew older they were replaced by other younger boys  leaving them confused and dismayed.

Grooming is a predetermined act and is not limited to victims.  In order to gain access to the child, perpetrators often groom parents or guardians  over a period of months before any abuse takes place, positioning themselves in the family to gain their trust. This breaks down parental natural defences, the abuser is often 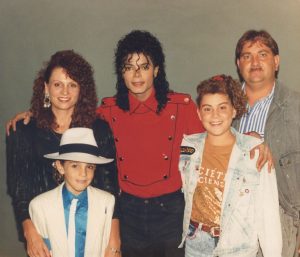 accepted as a part of the family network. Jackson built relationships with the families of his accusers, inviting them to share his celebrity lifestyle, becoming a trusted friend of the family. Incredibly,  like so many of the parents they allowed their sons to sleep in his bed. Wade Robson states “The most extraordinary thing in all this is that no-one denies that Jackson took little boys to his bed, night after night, for many, many years. What did his family and business associates think he was doing with these little boys behind a locked door? Did they believe he was actually a child in the body of a man and therefore somehow needed to sleep with little boys? ”

The singer always insisted that sharing his bed was an innocent act. “It’s not sexual, we’re going to sleep. I tuck them in… It’s very charming, it’s very sweet,” he said in Living With Michael Jackson, before adding: “Kids want to be loved, they want to be touched, they want to be held.” He described the act of sharing a bed as “the most loving thing to do”, and admitted to having “slept in a bed with many children”. In a newly unearthed video Jackson discusses accusations of abuse, he refers to the bible and Jesus, saying: Jesus said to love children and be like children; be youthful, be innocent,be pure and honourable…he surrounded himself with children and that’s how I was raised, to be like that and imitate that” 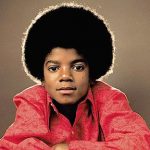 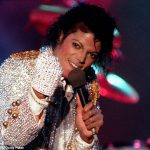 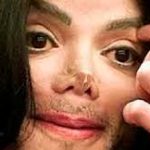 Whatever the truth of his life, the current debate should alert us never to allow celebrity to mask concerns regarding predatory behaviour. Somewhere between the child many would claim was himself a survivor of abuse and the man he became, signs of increasing psychological disturbance mirrored in his appearance and behaviour were dismissed, overshadowed by his prodigious talent. Since the documentary aired, Michael Jackson continues to be a polarising figure; a renewed surge in demands for his music is matched by media platforms distancing themselves from his catalogue.