Those who accept vaccination believe they are contributing to herd immunity and protecting others while those who refuse or defer vaccination for whatever reason are seen as selfish, uneducated, naïve and dangerous. The unvaccinated are  now increasingly and

vociferously portrayed as antisocial, endangering others. Social engineering is essential in order to achieve the objective of mass vaccination, by stereotyping and dehumanising those for whom the jury is still out. Humanity responds to emotional triggers whether at a personal or a collective level when significant events trigger our unresolved fears. The current pandemic is creating vulnerability as conscious and subconscious fears arise, we must have a care not to allow our understandable concerns to be exploited by those with questionable motives.

The public’s ready acceptance of blatant censorship under the pretext of “controlling misinformation” has shocked many by its speed. Only one voice is now allowed to be heard,  as websites with millions of followers seeking information are 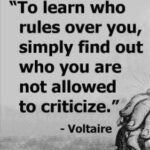 censored and social media accounts are blacklisted or removed. Science is in a dilemma as eminent professors, virologists and scientists who dare to warn of the need for caution risk losing funding, jobs, licenses and reputations in any attempt to provide information which conflicts with the mainstream line. Latest data shows that those who were previously infected with Covid have robust, long lasting immunity to variants while vaccine induced antibodies are temporary and specific to each variant and so will require “boosters” against endless new variants.

In the Middle Ages ‘heresy’ (an opinion which rejects the orthodox view) was defined as a crime, punishable by imprisonment, torture and death for millions. Today the unvaccinated have become the heretics of our time, assumed, often wrongly,  to be anti vaxxers they are increasingly viewed as pariahs, a sub class to be denounced, shunned or worse. Social media and newscasts are replete with comments describing the unvaccinated as ‘super spreaders’ with the American President accusing Facebook of ‘killing people’ by disseminating perceived misinformation about vaccine safety.

The mantra of science is repeatedly invoked by the mainstream, forgetful that science has been found to be on the wrong side of history on many occasions, not least through the rise of the pharmaceutical industry. We have learned to our cost and too late that antibiotics are known to result in higher mutation rates in bacteria due to adaptive evolution, leading to antibiotic resistance and a current dilemma in health care. Similarly vaccines can push viruses to mutate and it will be years before the long term effects of genetic modification and the novel mRNA vaccine are known. 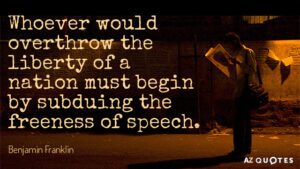 THE WEST REPEATEDLY CRITICISES REGIMES WHICH DO NOT ALLOW DISSENT OR FREE SPEECH, WHILE FAILING TO SEE THE HYPOCRISY OF A MEDIA WHICH HAS STIFLED ALL OPPOSING VIEWS.

The goal of a mass vaccination programme raises the question: How to influence the population in order to gain the required response? Whether the social program is engineered or opportunistic, a successful outcome is assured by following the historical precedence of ‘Divide and Conquer’.

We live in worrying times and have seen examples in this century of what can occur when individuals or regimes demonise those perceived to be a threat. Propaganda and censorship go hand in hand and are achieved by stealth unless opposed.The term McCarthyism which required American citizens wrongly accused of being members of the Communist Party to submit to loyalty tests to gain or keep employment began with censorship and ended with thousands of innocent workers blacklisted. Homosexuality was classified a psychiatric illness in the 50s and became framed through propaganda as a dangerous, contagious disease which posed a threat to society, and family values, resulting in thousands being harassed and even imprisoned. 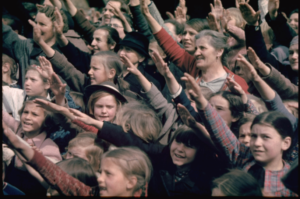 guaranteed freedom of speech and freedom of the press, the Nazis abolished these civil rights, destroying German democracy almost overnight. Censorship was used to control  magazines, books, art, theatre, music, movies, and radio, closing down or taking over newspapers and dictating what appeared in the news. Complacency is the disease which results in blind obedience and kills democracy.

Dynamics of mass consciousness: Creating and targeting an under class deemed to be subversive is but one step away from inciting actual violence perpetrated upon the perceived enemy. The masses are always led by a vocal minority, a vociferous portion inflame the passions, while the majority remain silent and conform in seeming agreement. Majority support is not required, the appearance of support is enough, the silence of the majority is taken for consent. Declaring someone or something to be an acceptable target has a predictable outcome, first verbally and then physically. Once a tipping point is reached, the dynamic cannot be controlled, it is never passive; anger and concern erupt as action. In the event of civil unrest any government is required to step in…

Our current worship of the ‘god’ of technology is herding us towards technological authoritarianism, ably used and accepted as an effective tool in ‘managing the pandemic’.This coupled with unwillingness to accept personal responsibility for our well being and the future of our children has led to dependency, a lemming like belief in those we have given authority to. We await instruction, believing whatever we are told, collectively racing for the cliff.

This is a moment in which humanity will decide its future, we are sleep walking towards extinction while having greater access to knowledge than ever before if we choose to listen. When we hear we can each decide what to believe… why would we fear any message which might change our mind?