THE WORLD HEALTH ORGANIZATION HAS WARNED PRISONS TO EXPECT ‘HUGE MORTALITY RATES’ UNLESS THEY ACT TO PREVENT THE DISEASE FROM INFILTRATING JAILS.

Andrea Allbutt  head of  UK Prison Governors Association has said  that prisons are “facing unprecedented risk”. The UK Ministry of Justice have suspended all visits to prisons, with inmates confined to their cells in an effort to prevent the spread of Covid-19.  Overcrowding and staff shortages mean Covid-19 could overwhelm the system,  the release of some prisoners would help prevent disorder, slow the spread of the virus and avoid further burdening the NHS. 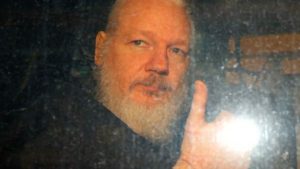 remains in Bellmarsh prison despite the risk to his already fragile mental and physical health. Following dismissal of the  previous bail application magistrate Vanessa Baraitser,  was rebuked by the International Bar Association for her decisions having entered the court carrying pre-written judgements before hearing oral argument. The Kangaroo Court continues.

There have already been two Covid-19 deaths in Belmarsh prison, the number infected is not known as even very sick prisoners are not being tested. Over 150 Belmarsh prison staff are off work self-isolating and the prison is scarcely functioning. Prisoners who have a cough – any cough – are being housed together in segregated blocks. Julian has a cough and chronic lung condition for which he has been treated for years. There is no question that he is at risk from contracting the virus.

The UK Prison Governors’ Association submitted their recommendations to the House of Commons Justice Committee, advising that 15,000 non-violent 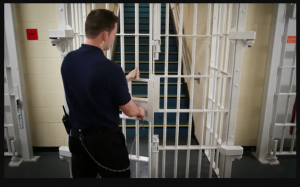 prisoners need to be released to give the jails any chance of managing COVID-19. They stated that jails across the country are already severely overcrowded, with two prisoners sharing cells designed for a single person, adding that around 80% of prisoners in Swansea were currently doubled up.”  The former justice secretary David Gauke last week called on the government to suspend short sentences to avoid the virus spreading. “There is a strong case for releasing some of those coming towards the end of their sentence a few months earlier,” he said.

Eighty-eight other UK prisoners and 15 staff have already tested positive for Covid-19, Two prisons in Merseyside, HMP Liverpool and HMP Altcourse, have been told there is a designated area in the region for storing additional bodies, according to one prison source.  Staff at HMP Northumberland, which is run by the company Sodexo, have been told bodies could be removed to nearby army bases.

PRISONS HAVE NEVER FACED AN EMERGENCY OF THIS COMPLEXITY OR DURATION

The Ministry of Justice have said the low-risk offenders released would be electronically tagged and temporarily released on licence in stages, but could be recalled at the first sign of concern. No high-risk criminals — such as those who have been convicted of violent or sexual offences, anyone who is a national security concern or a danger to children — will be considered for release. Nor will prisoners who have not served at least half their custodial term. The announcement follows the news last week that pregnant women in custody who do not pose a high risk of harm to the public, will be temporarily released from prison to protect them and their unborn children from coronavirus. Prisoners in mother and baby units meeting the same risk assessment will also be released with their children. Only 100 prisoners have been released so far. 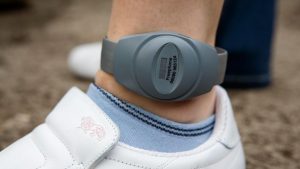 If released pending trial, Julian Assange would pose no risk as he would be living with his family and be subject to electronic tagging and stringent security monitoring.

Some countries have already begun releasing prisoners.  Iranian state media announced it would temporarily free about 70,000 prisoners to combat the spread of the disease, pardoning 10,000 inmates “in light of the sensitive situation in the country”. Outbreaks have already begun in U.S. jails, with New York City Mayor Bill de Blasio preparing to release hundreds of inmates this week who he said were in “immediate danger” of contracting the coronavirus. The Polish Justice Ministry said on its website that its release plans could extend to some 12,000 convicts.