When allegations of abuse at the Provolo Institute first emerged in the mid-1980s, Father Nicola Corradi, now 83, was named as one of the perpetrators. Rather than defrock him or turn him over to the police the bishop transferred him. In 2012 (during the pontificate of Pope Benedict) The Congregation for the Defense of the Faith determined that Corradi had sexually abused deaf and mute children in Italy. The Vatican sanctioned four priests but Carradi went unpunished and relocated to Argentina where he  took up employment at the Argentine Antonio Provolo Institute for hearing impaired children where he continued his acts of systematic abuse. The Argentine Conference of Bishops, then headed by Cardinal Bergoglio (today Pope Francis) made no inquiries as children again stepped forward courageously to allege rape and sexual abuse by Fr. Corradi and another priest and staff members

in 2016 Argentine police arrested  Fr. Nicola Carradi and Rev. Horacio Corbacho along with three other men over allegations relating to the abuse of 22 deaf and 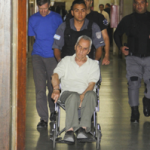 mute children, spanning three decades. When the police raided the school they found pornography and about $34,000 in Rev. Corradi’s room.  Children said priests Nicola Corradi and the Rev. Horacio 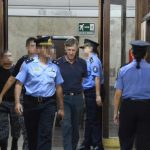 Corbacho repeatedly raped them by an image of the Virgin Mary inside the small school chapel. Abuse by priests is also alleged to have taken place in the confessional, and in the bathrooms, dorms, garden and a basement at the school. One of the alleged victims has stated that she witnessed how a girl was raped by one priest while the other one forced her to give him oral sex. Another witness said  “They always said it was a game: ‘Let’s go play, let’s go play’ and they would take us to the girls’ bathroom” At least 24 children came forward to report abuse at the school.

May 2017: A Roman Catholic nun was arrested, accused of helping five priests sexually abuse deaf children at the Argentine Provolo 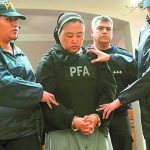 Guiseppe is one of 67 named survivors in the Court case now proceeding after a decade of investigation.

See: Letters to priests –  All roads lead to Rome