There is a danger that we become desensitised to the daily, horrific accounts of child sexual abuse, particularly those perpetrated by the clergy.  If we are ever to take appropriate action to defend children it is essential that we understand the level of depravity. This blog is offered in an attempt to give a voice to the individuals who have shown such courage in coming forward to tell their stories in order that others will not have to endure the same experiences.  One of the most harmful aspects of childhood sexual abuse is of not being heard or of not being believed. The least we can now do is to listen to them. 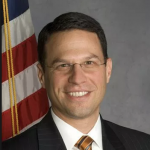 would go, bishops would go and lie to parishioners, lie to law enforcement, lie to the public but then document all of the abuse in secret archives that they would share oftentimes with the Vatican.”  Bringing the  perpetrators to justice is paramount but this is dependent upon the catholic church refraining from acting as a feudal monarchy which believes itself to hold a moral ascendency beholden only to its own law.

The 900 page Report accrued accrued half a million pages of evidence. Abbreviated excerpts of testimony below:

One thought on “‘SPOTLIGHT’ ON CLERICAL ABUSE”