COLLUSION: SECRET OR ILLEGAL COOPERATION OR CONSPIRACY IN ORDER TO DECEIVE OTHERS 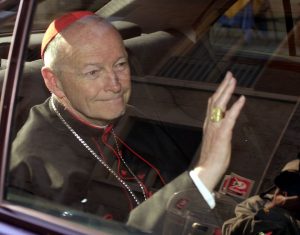 highest cleric to be removed from the church for sexual abuses, this would seem to be an opportune moment to review the role of  Pope Francis in McCarricks life. The charges against the former cardinal include -soliciting sex during confession, decades of abuse of a minor, sexual abuse of adults, and the aggravating offence of the abuse of power.

WHAT DOES LAICISATION MEAN TO AN 88 YEAR OLD RETIRED CARDINAL?

Under ecclesiastical rule an ordained priest remains a priest even if dismissed from the priesthood, this is because priesthood  is considered by the Vatican to be ordained by God, an indelible sacrament. The process of ‘laicisation’ infers a return to the laity, it is not in itself a punishment, the pope grants laicisation on request to priests who request to leave the priesthood for example to marry. A priest who leaves the ministry for whatever reason ‘loses all rights and duties associated with being a priest, he cannot present himself as a priest and is forbidden to celebrate the sacraments’. However even though he no longer holds clerical status the church obliges him to act as a priest if he finds someone in danger of death who asks for the sacraments, he ‘must hear (the person’s) confession because the most important thing is the salvation of that person’. Such seeming ambiguity lies at the very core of the crisis affecting the Vatican hierarchy today. The clerical belief that they are ordained by God and are accountable only to a higher power places them beyond the reach of statutory legislation which governs the rest of us.

McCarrick was  created Archbishop in 2000 by Pope John Paul ll and elevated to cardinal in 2001. Allegations of McCarricks rampant sexual abuse of seminarians were repeatedly  reported to the Vatican but ignored. Cardinal Vigano a former papal Nuncio  wrote to Pope Benedict in 2006  sending a second memo in 2008 which included material 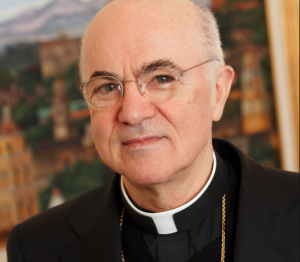 from Richard Sipe a renowned psychotherapist specialising in the treatment of clerical sexual abusers. As a result, in 2009 or 2010 Pope Benedict XVI allegedly placed severe restrictions on McCarrick’s movements and public ministry, not allowing him to travel beyond the grounds of the seminary where he was living and not permitting him to say Mass in public. Despite this he maintained a “robust public presence” travelled internationally, said public masses, made speeches, and accepted awards while maintaining the steady flow of donations to the Vatican through his fund raising.

On his appointment to the papacy Pope Francis subsequently removed Benedict’s sanctions and made McCarrick “his trusted counselor”.  McCarrick continued to travel extensively involved in high level negotiations on behalf of the Vatican. Recounting a meeting with McCarrick in June 2013  Cardinal Vigano stated that he was told  “The pope received me yesterday, tomorrow I am going to China.”. This was corroborated by The Washington Post which reported in 2014  that McCarrick had traveled to China “in the past year” for “sensitive talks on religious freedom.”  Cardinal Vigano has since stated that he informed Pope Francis of the many concerns  in a meeting on June 23, 2013  saying:  “Holy Father, I don’t know if you know Cardinal McCarrick but if you ask the Congregation of Bishops, there is a dossier this thick about him.  He corrupted generations of seminarians and priests, and Pope Benedict ordered him to withdraw to a life of prayer and penance.”  There was no response.

In 2017 with the Vatican facing global outrage at the growing sexual clerical abuse scandal, Vigano published an 11 page dossier detailing a 30-year cover-up of McCarrick’s behaviour stating that Pope Francis “knew from at least June 23, 2013 that McCarrick was a serial predator. He knew that he was a corrupt man, he covered for him to the bitter end.” That cover-up seemingly involved three popes, three secretaries of state, along with dozens of other very senior Churchmen. Other senior clergy have since confirmed that  pope Francis was aware of the history of abuse. 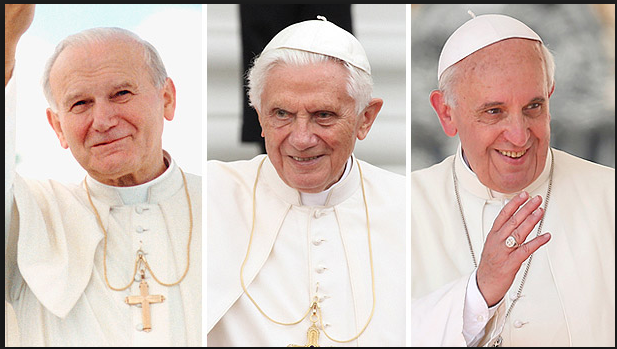 Following McCarricks belated and hasty resignation in July 2018 as the final scandal broke, Pope Francis ordered that he withdraw to a Kansas Monastery pending the Vatican investigation. Advocates for survivors of clerical abuse have previously questioned the appropriateness of this accommodation which is  located very close to an elementary school. Following the verdict of ‘laicisation’  the Vatican have announced that he “will remain there until until a decision of permanent residence is finalised.” Financial scandals have dogged the former cardinal who is stated to be in a position to support himself financially through ‘private means’  Significant questions remain unanswered regarding where McCarrick – an inveterate fundraiser  acquired his personal wealth during  more than six decades as a cleric.

AN OPPORTUNITY FOR REDEMPTION 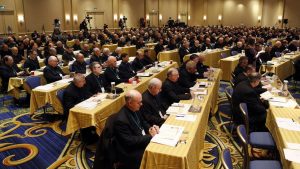 the sexual abuse of children or any cover up. An anticipated policy of zero tolerance and mandatory reporting requiring  all allegations to be reported to the police dissolved as Francis deferred the bishops vote, convening his own Summit for February 21 -24  2019.  As catholics waited impatiently for Francis to deliver on his promise of change, the words sounded increasingly hollow: “We join in the pain of the victims and weep for this sin – the sin of what happened, the sin of failing to help, the sin of covering up and denial, the sin of the abuse of power.”   Francis promised  “I would like us to renew our complete commitment to ensuring that these atrocities will no longer take place in our midst.”

SO WHO IS McCARRICK?    See: Covering up the Cover Up