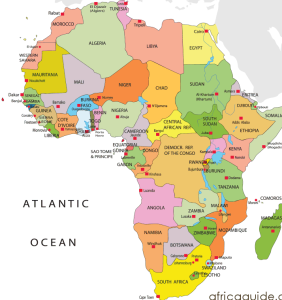 As a child of around 8 I was disturbed by a recurring vision I did not understand. I could clearly see the continent of Africa with which I was familiar from my school books, it was like viewing a map. As I watched, the map began to burn slowly, beginning at the top slightly to the left of centre then moving to the left and right where it it burned more quickly until the whole of the top section was alight. At this point the vision would fade, leaving me perplexed. END_OF_DOCUMENT_TOKEN_TO_BE_REPLACED

BORDERS AND BOUNDARIES:  The aim of colonialism is to exploit the physical, human, and economic resources of an area to benefit the colonising nation. Between the 1870s and 1900  Africa 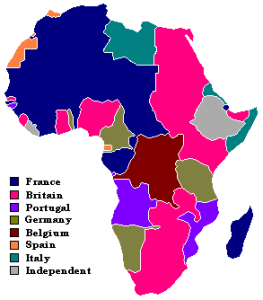 resisted European imperialist aggression, the attempt to colonise by foreign domination until finally Europeans  imposed their formal rule of law on African countries.. In 1884, leaders from 14 colonial powers, including the United States, Great Britain, Belgium, Portugal, Germany, Holland, Italy and Spain, held the Berlin Conference where they divided the continent of Africa into 50 countries and claimed them for themselves. No African representatives were invited. END_OF_DOCUMENT_TOKEN_TO_BE_REPLACED

TRAFFICKING: The Portugese travellers who discovered the Kingdom of Kongo in the 15th century reported a population close to half a million people, a highly developed state at the centre of an extensive trading network. Merchants traded in raw materials including ivory and a wealth of manufactured goods such as copper and ironware, raffia cloth and pottery all of which were highly profitable and in great demand in Europe.

with Stanley in 1871. King Leopold II of the Belgians read about this meeting in The Times, igniting his desire to acquire land to increase his personal wealth. When the Belgian parliament resisted he decided to acquire the colony himself. The king commissioned Stanley to go back to Africa under the guise of an international scientific and philanthropic association, – to negotiate with the local chiefs. The 400 “cloth and trinket” treaties of the next four years were sealed by pacts. The African chiefs believing they were signing friendship pacts, they were in fact selling their land. END_OF_DOCUMENT_TOKEN_TO_BE_REPLACED

BONDAGE: Slavery in Africa  existed throughout the continent for centuries before the arrival of white settlers but was a small part of the economic life until Europeans introduced a form of slavery which  devastated African life and society in the 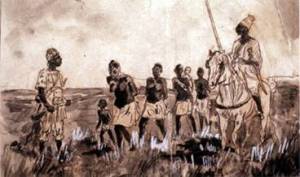 1400s. The Portuguese were the first to buy slaves and the Spanish the first to use enslaved Africans in the islands of Cuba and Hispaniola. The Abolition of Slavery by Great Britain in 1833 led to the collapse of the international African slave trade economy resulting in European financial losses. This coincided with the colonisation of Africa and was the beginning of a commodity based trading system designed to serve the industrialisation of Europe.

END_OF_DOCUMENT_TOKEN_TO_BE_REPLACED

As  the extent of sexual abuse and paedophile networks is 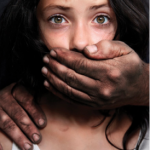 increasingly revealed we are faced with the reality of what has been concealed by perpetrators and those who have protected them for decades. Generations of children  grown to adulthood yet scarred for life are now coming forward to tell their stories of what they were forced to endure. The weapon of the paedophile is secrecy, the victim unable to seek help, believes and with good reason that they will not be believed and so remains silent. END_OF_DOCUMENT_TOKEN_TO_BE_REPLACED